This Halloween: What Does It Mean To Call Something ‘Spooky’? 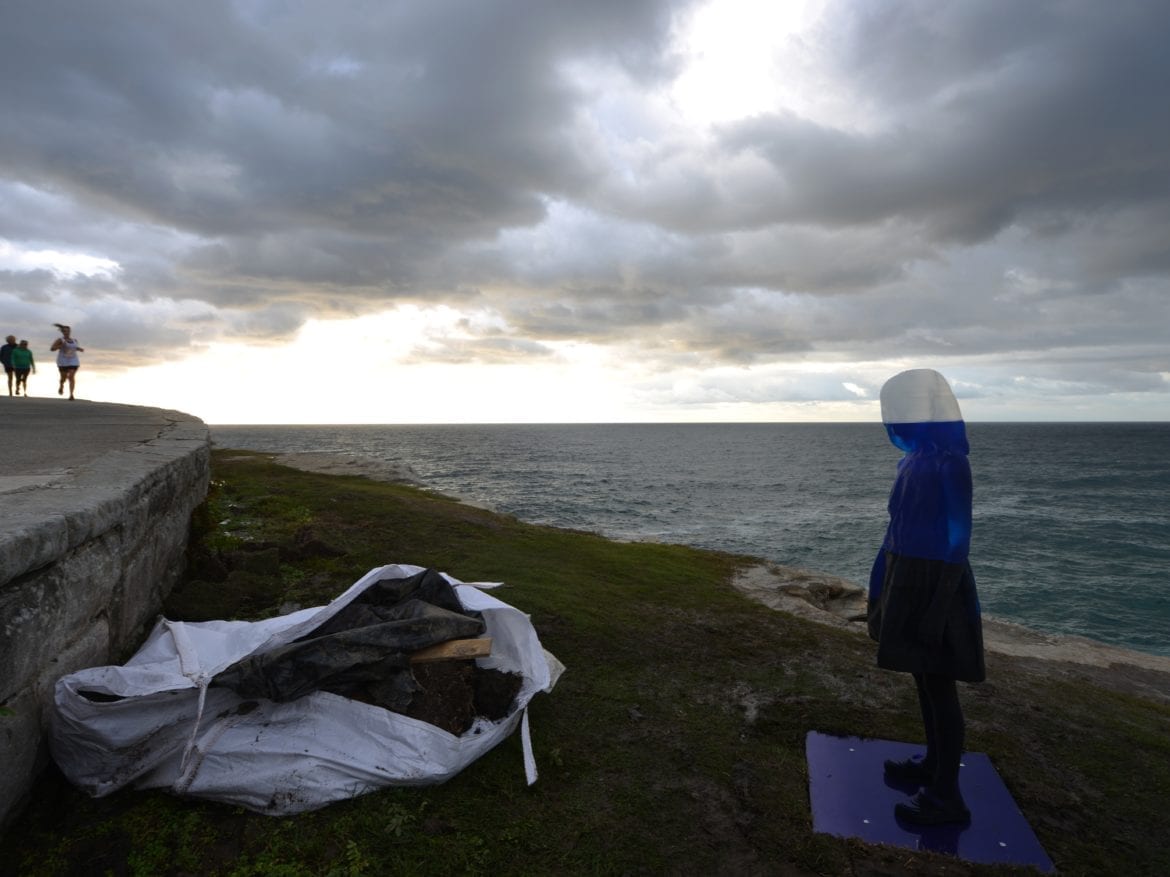 A runner passes a ghostly sculpture on display between Bondi Beach and Tamarama Beach in Sydney. (Photo: Peter Parks)
Share this story

So, you’re at your friend’s elaborately decorated Halloween party. There are cobwebs hanging from the ceiling, bloody handprints on the wall, a frothing potion brewing on the stove. It’s creepy! And scary! But is it … spooky?

Sure, “spook” can refer to a ghost. It can refer to a spy. But as many of us know, it’s also, sometimes, a racial slur for black people. One of our Ask Code Switch readers wrote in to ask about the etiquette of using words like spook and spooky.

During this, the season of murder mysteries and haunted hayrides, is it insensitive to say that you were spooked?

So here’s the deal: Spook comes from the Dutch word for apparition, or specter. The noun was first used in English around the turn of the nineteenth century. Over the next few decades, it developed other forms, like spooky, spookish, and of course, the verb, to spook.

From there, it seems, the word lived a relatively innocuous life for many years, existing in the liminal space between surprise and mild fear.

It wasn’t until World War II that spook started to refer to black people. The black Army pilots who trained at the Tuskegee Institute were referred to as the “Spookwaffe” — waffe being the German word for weapon, or gun. (Luftwaffe was the name of the German air force).

Once the word “spook” was linked to blackness, it wasn’t long before it became a recognizable — if second-tier — slur.

But that wasn’t the end of the story for spook. The word had a bit of a renaissance in the 1970s, with the release of the novel and classic film, The Spook Who Sat By The Door, by Sam Greenlee.

Both the book and movie tell the fictional story of the first black man recruited and trained by the CIA. That man goes through his training, works for a little while, and then quits his job and moves back to Chicago, where he secretly trains a group of young black “freedom fighters.”

The title of the movie, of course, both refers to spook meaning “black person” and spook meaning “spy.” And as a satirical piece of literature written by an African-American author in the years following the civil rights movement, the use of “spook” was infused with an extra dose of irony.

Renee Blake is a sociolinguist who studies the way language is used in society, “whether it’s based on race, class, gender or the like.” She says she doesn’t hear the word spook all that often, but she does have two salient reference points for it.

The first is The Spook Who Sat By The Door, and the second is the 2000 book and 2003 movie The Human Stain, by Phillip Roth. His novel tells the story of a professor at a New England college who is forced to resign after he calls two African-American students spooks.

In light of all this baggage, I asked Blake what she thought about the use of words like spook and spooky during Halloween. She said that, while it’s clear that spook has multiple, distinct meanings, it’s still important to think about context.

The way that certain words get attached to particular racial groups is incredibly complicated. (Take thug, for example.)

“Be thoughtful about the fact that [spook] now might have the connotation of referring to a black person in a disparaging way,” Blake says. “If someone says, ‘Did you get spooked?’ and there are no black people there, then, OK, you mean ‘Did you get scared or frightened?’ That’s fine, I get it.”

But once you insert black people into the situation, Blake says, it’s important to be more tactful. “We know that the word ‘niggardly’ doesn’t mean a black person, but let’s be sensitive. Are you going to use the word niggardly in front of a group of young students in a classroom? No.”

So, this Halloween, be a little cautious when it comes to describing your surroundings. And don’t be afraid of creeping into the thesaurus for a spooky synonym.

To me, it’s more fun to be aghast, bloodcurdled, or spine-chilled than “spooked.”

Got a race question for Code Switch? Ask us here.