When is genomic sequencing worth the cost? 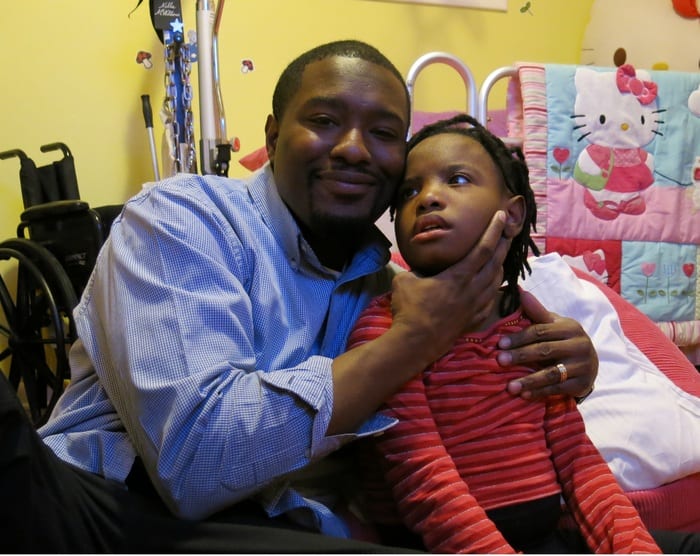 Earl McWilliams hugs his daughter Millie, who has a rare genetic disorder. A researcher at Children's Mercy Hospital in Kansas City has found that families spend from $3,000 to $55,000, or more, on tests. Photo: Alex Smith / Heartland Health Monitor
Share this story

Millie McWilliams comes to life when she listens to the party music of Jason Aldean. The 9-year-old discovered the country-pop superstar at a family friend’s house, and her love of the genre came as a bit of a surprise to her parents.

“I’ve actually gotten into it because of her!” Earl McWilliams says. “You know, that’s how it is with your kids. You find yourself interested in whatever they’re interested in, just to stay connected to them.”

Connecting with their daughter can be difficult for Earl and Angela McWilliams. Millie is unable to speak. Her muscles are weak and her head sways in a figure-eight pattern.

Angela says she first thought Millie was just on the slower end of the developmental scale. But she grew concerned as her daughter missed one developmental milestone after another.

“At about a year old, when she’s not sitting up and she’s not rolling over, she can barely hold her head up, you know something’s wrong. And so they continued to do more and more testing,” Angela says.

Millie got blood tests, brain scans, biopsies – but no definitive results. Testing eventually became a way of life for the McWilliams family. And it went on, month after month, for years. 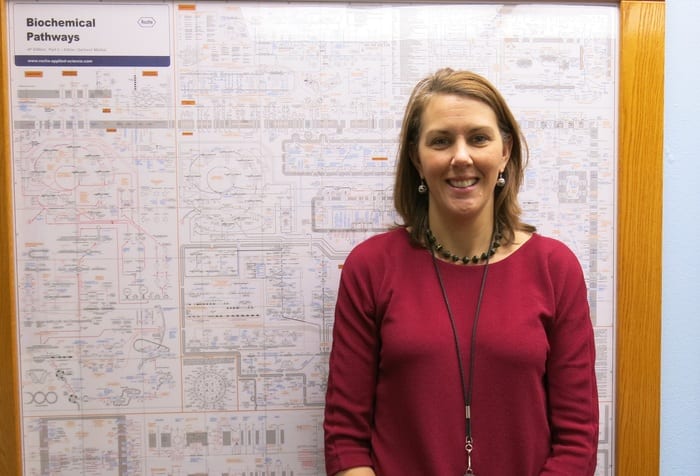 “There are a lot of families who’ve fallen into the same sort of – the term that’s used is ‘diagnostic odyssey,’” says Dr. Sarah Soden, a developmental pediatrician at Children’s Mercy Hospital in Kansas City.

Soden has traced the odysseys of 100 families with children who have neuro-developmental disorders, including the McWilliamses. She found they’d spent anywhere from $3,000 to $55,000-plus on tests. Yet they only got a diagnosis about 40 percent of the time, leaving many in medical limbo.

Soden believes children like Millie might be able to avoid diagnostic odysseys through the use of genetic sequencing – the reading of a person’s DNA to pinpoint the underlying cause of a congenital medical disorder.

State of the art

In a Children’s Mercy Hospital lab, what look like hotel minibars with keyboards attached line the walls. These are the latest generation of genome sequencing machines, light years ahead of the first sequencing technology.

In 2003, after 13 years, scientists finished mapping the first human genome – that’s more than 3 billion pairs of DNA letters – at a cost of $3 billion. It was one of the great scientific triumphs of modern times.

Now, with these newest machines, it’s possible to map a person’s genome in days for thousands of dollars – although what’s often actually examined is a small fraction of the genome called the exome. But sequencing is still more expensive than the standard initial tests for someone with a neurological disorder, and those tests remain the standard practice.

So Soden wanted to know: If you could obtain the same results or better with sequencing, how cheap would the procedure have to be to make it preferable to multiple rounds of testing?

“We looked at what would be the economics of a test that would be positive in 40 percent of those cases and still be able to break even with what had been done,” she says.

The answer? $2,996. If genetic sequencing can be done for that amount, it would, on average, cost no more than traditional tests. Testing a family, which is often required to fully understand a genetic disorder, would cost nearly $8,000.

Soden says one of the biggest hurdles remains insurance company resistance to footing the bill. She hopes her study will help convince them how cost-effective sequencing can be.

The low cost is possible because most labs sequence the exome – which represents about 1.5 percent of the total genome. Sequencing the entire genome yields a lot of “junk DNA” that has no biological function or is not yet understood.

Getting a complete picture, however, requires labs to sequence the full genome, and once technology, people and facilities are factored in, that’s a much more complicated and expensive undertaking.

Dr. Jeff Schloss is director of the Division of Genome Science at the National Human Genome Research Institute, part of the National Institutes of Health. The NIH funded the Soden’s study.

“Our best estimates are that the best sequencing costs are in the range of about $4,000,” Schloss says.

Schloss says recent headlines about the availability of the tests for $1,000 is mainly hype from the makers of sequencing machines.  Once technology, people and facilities are factored in, he says, the cost ends up being much higher.

But that could change soon. Perhaps even this year.

“I wouldn’t be surprised if during 2015, we see in some places that the cost of producing the sequencing and doing the first steps in computational analysis comes down to the $1,000 or $2,000 range,” Schloss says.

While genetic sequencing may ultimately prove more cost effective than traditional testing, it’s not necessarily a magic bullet. Many genetic disorders have yet to be identified, and sequencing leads to a diagnosis in only 25 to 40 percent of cases.

And even when a diagnosis is made, there’s no guarantee of a cure, or even effective treatment.

That was the case with Millie McWilliams.

After years of testing, Millie had her genome sequenced at Children’s Mercy Hospital when she was about 7 years old.

Last spring, Soden was finally able to tell Angela and Earl McWilliams what caused their daughter’s condition. It’s a genetic disorder – Bainbridge Ropers Syndrome – that was identified and named just over a year ago.

“She was missing two little letters out of 6.4 billion but at a very important place in a gene that affects neuro-development,” Soden says, referring to the As, Cs, Gs, and Ts that make up the base pairs of an organism’s DNA. “And so that was enough to cause her significant developmental disability.”

Dr. Matthew Bainbridge, the Houston-based genomic researcher after whom the disorder is partly named, says only 20 to 30 people in the world have been diagnosed with it. (Since its discovery, families of Bainbridge Ropers Syndrome children have created a support group and Facebook page.)

But even though there’s no cure or treatment, the diagnosis has brought an end to the McWilliams family’s long diagnostic odyssey. And as Angela McWilliams explains, it has finally allowed the family to move on.

“Before I felt like we were just doing stuff,” she says. “But now I understand: This is the way it is. So now we can concentrate on getting other things done, like working on her physical therapy. And then to know that she’s actually making history, and she’ll be the one that they can look at and say, ‘OK, this is the way this disease behaves.’”