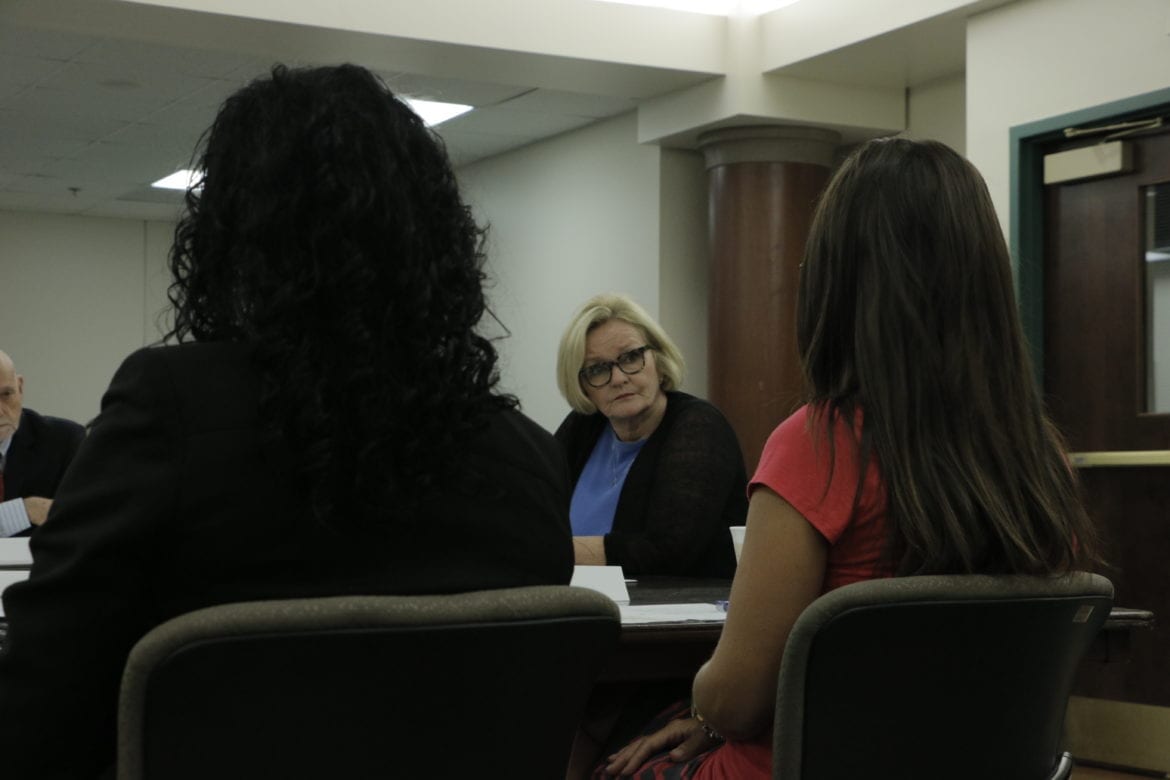 New federal legislation aimed at combating the nation’s opioid addiction crisis has a provision tailored specifically for Missouri, which is the only state without a database designed to prevent pill shopping among multiple dispensers.

McCaskill said Missouri would get about $17 million of the $900 million requested by the Obama administration for sweeping anti-drug programs. Some of that money could be used to fund drug monitoring programs in Missouri.

St. Louis County has already established its own prescription drug monitoring system, and the Jackson County Legislature has expressed support for a similar venture.

“We all want Missouri to be No. 1 in the Midwest for a variety of things,” McCaskill said Thursday in Kansas City, where she had convened a roundtable discussion among medical professionals and other experts familiar with the opioid problem. “But unfortunately Missouri is No. 1 in the Midwest for opioid prescriptions, and you don’t have to look very far to figure out why that’s the case.”

The Missouri legislature has tried for years to establish a statewide database, but the efforts have been stymied by lawmakers who argue the system would infringe on patient privacy. That’s a headscratcher, McCaskill said, since 49 other states seem to have figured out a way to preserve privacy.

“Everyone needs to understand this is not just Missouri’s problem,” she said. “This is Iowa’s problem, Kansas’s problem, Illinois’s problem, because people from those states know they can come to Missouri and prescription shop for opioids, and they are not going to get caught because we have not taken this step.”

The local roundtable, held at the Kansas City Health Department, covered a wide range of topics, including a discussion on how a new emphasis on patient satisfaction – driven by payors – seems to be influencing the prescribing practices of physicians.

The argument was that doctors are more inclined to prescribe highly addictive opioids to manage pain if they think the patient will rate them poorly if they don’t.

Doctors need to be frank with patients about the pain they might incur from treatment, said Dr. Sudeep Ross, chief health and informatics officer with Rodgers Health, a community health center.

As is the case before surgery, he said, patients need to hear: “This is what happens to you when we cut you open – it really hurts.”

Congressional action last week sent the sweeping anti-drug legislation to the president. Among its provisions is an attempt to spur medication-assisted treatment by authorizing nurses and physician assistants to prescribe the medications.

Funding of the measure remains up in the air, and that has been a bone of contention between congressional Republicans and Democrats.

Sen. Roy Blunt, a Missouri Republican, has a hand on the purse strings as chairman of the subcommittee that allocates funding to the Department of Health and Human Services. He co-sponsored a version of the opioid legislation that passed the Senate in March.

“He is in a position to make this happen or stop it from happening,” McCaskill said.