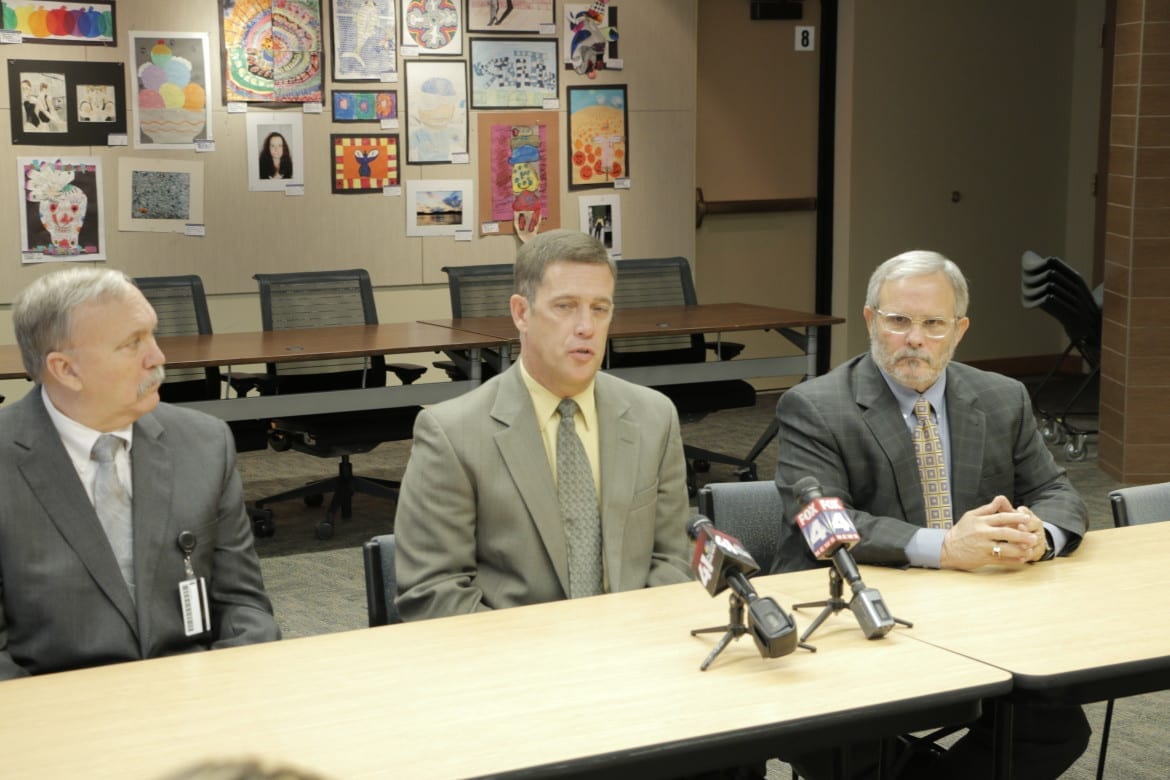 The superintendent of the Shawnee Mission School District is taking umbrage at some of the financial inquiries coming from Kansas lawmakers and from an outside audit firm hired by the Legislature to study the efficiency of state government.

Jim Hinson was particularly insulted that the Legislature’s Special Committee on K-12 Student Success, which is looking to revamp the state’s school funding formula, was even delving into how much each district in the state pays its athletic coaches.

“I really find that request offensive,” Hinson said Thursday during a roundtable discussion with reporters. “If you really broke down what our coaches are paid by the hour, these are not highly paid individuals that are spending a tremendous amount of time with kids.”

The committee has posted that information online.

Hinson said spending reviews and audits can be helpful for any large organization, but he wondered about the motives behind some of the recent financial inquiries – which he said are causing a time burden for business and finance staff.

For instance, Hinson said the efficiency auditors seem to be heading toward recommending some sort of consolidated health insurance plan for all the districts in the state.

“The state has an insurance plan now that districts can buy into,” he said, “which is far more expensive than what we currently pay.”

House Appropriations Chair Ron Ryckman Jr., an Olathe Republican, was active in pushing for the audit and also serves on the student success committee.

In general, he said, both the committee and the auditors need the data they have requested so they can make informed decisions.

Ryckman acknowledged the burden that the information requests can place on district leadership and staff.

“A superintendent has a wide range of responsibilities in a day, and adding to that can’t always be pleasant,” he said, “but like most things, hopefully a little bit of pain, a little bit of inconvenience, can be well worth it at the end.”

Along with the audit and the special committee, the future of Kansas school funding is also clouded by two pending lawsuits.

One is challenging whether the state is meeting its constitutional requirement to adequately fund education, and the other is questioning a state practice that limits the amount of funding a district can raise from local property owners.

The fundamental question at stake, Hinson said, is this: “If you are going to increase funding for public education, where does that money come from?”

With nearly 28,000 students, Shawnee Mission is the third largest district in Kansas.

Joining Hinson were Deputy Superintendent Kenneth Southwick and the district’s director of safety and security, John Douglass, who is the former police chief in Overland Park.

Take Note: The School of the Future