Ladies-only camp gets women fired up about the great outdoors 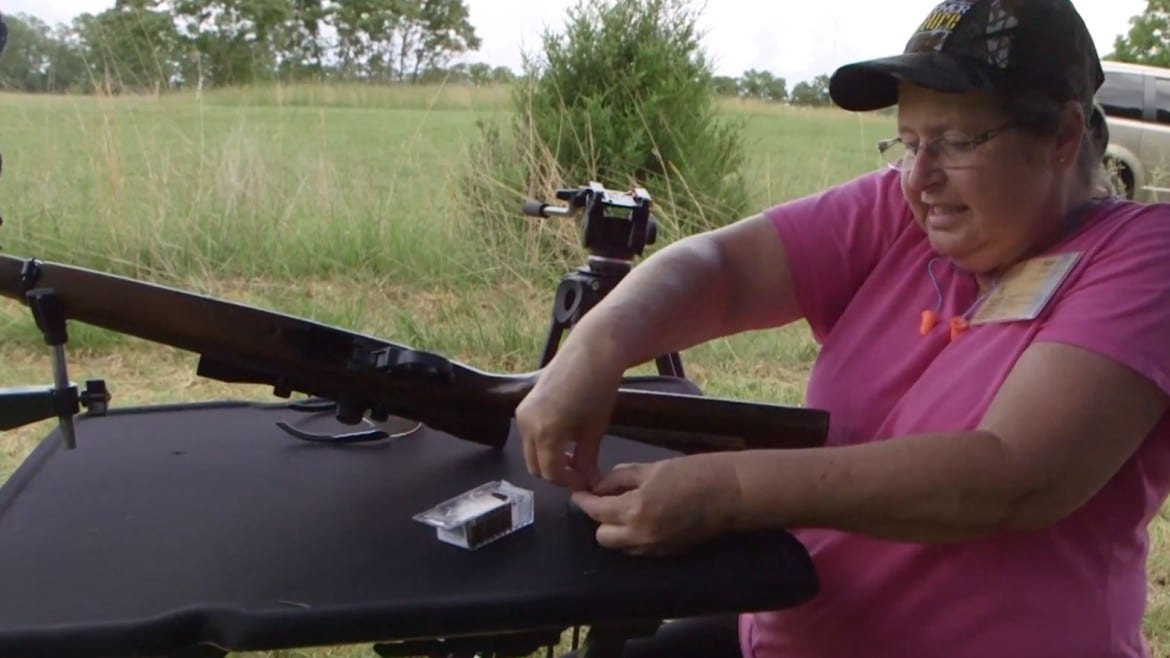 Michelle Manning is sporting a huge bruise on the inside of her upper arm. She shows it off, pulling up her shirt sleeve to expose the injury that she refers to as her “prized possession.” While learning how to shoot a bow and arrow earlier, Manning accidentally snapped her arm with the bow string, which led to the deeply colored bruise.

Manning was in Roach, Missouri, attending the Missouri Department of Conservation’s annual Discover Nature — Women’s Summer Workshop with 117 other women in early June. Over the course of the weekend, she learned about hunter safety and shot a .22 rifle and a bow and arrow, both for the first time.

The MDC invites women from around the Midwest to participate in the weekend of outdoor activities, where participants learn about typically male-dominated activities like hunting and fishing. Various programs have existed over the years, but Discover Nature — Women has taken place every summer since 2008.

It was a common theme among this summer’s participants to enjoy spending time outside, but to have little practical experience when it came to these outdoor skills. Available classes included fly tying, camping, map and compass reading and canoeing.

Jenny Keller, of St. Louis, said that she did not have the same childhood opportunities as her brothers to, say, hunt or fish. While being interviewed in a fishing class, Keller caught her first fish.

“This is the first time I’ve ever… touched fish that hasn’t come out of a package,” she said.

Class participants were given the opportunity to help clean, fillet and cook their catch. They were also gifted the fishing poles that they learned to assemble and use.

The experience of learning together allowed the women to have a special kind of camaraderie, similar to the friendships of summer camp.

Sue Jeffery, a Springfield, Missouri, resident, attended the weekend for the second time this year. She spoke to the supportive nature of the Discover Nature program.

“It’s so nice to hang out with women with a similar interest,” she said. “You’re not so competitive without the males there…. It’s a great place to learn and explore new things.”

Other participants commented on the weekend’s lack of competition.

“There’s a lot less pressure than having a co-ed group,” Janice Johnson, of Eureka, Missouri, said.

“It’s empowering to me to be around women who have similar interests.… My friend Amy is really supportive when I miss a shot (in archery),” Emily Wohlschlaeger, also of Eureka, said.

These women practice their canoeing skills at Windermere Baptist Conference Center in Roach, Missouri, but they can practice their skills at various conservations areas across the state. (Photo by Caitlin Cress/Hale Center for Journalism)

The MDC, which is funded by a 1/8 of one percent sales tax, provides this program at little cost to participants. The department shells out around $10,000 each year, or $80 per participant, Education Programs/Curriculum Supervisor Kevin Lohraff said in an email.

The women pay for lodging and meals, but not the activities. Huffman believes this affordability is crucial to spreading the message the department repeats all weekend: anyone, regardless of gender, Zip code or income, can participate in outdoor activities.

Manning, who is African-American, was one of very few women of color at the event this year. She commented that this demographic doesn’t seem to be reached by the department’s advertising efforts.

“I noticed there are not a lot of women of color, and I think that’s too bad because everyone could use this outing and these skills,” she said. “Some kind of way, some kind of how, if there could be more marketing towards women of color to at least say ‘you can do this!’… that would be a good thing.”

MDC Outreach and Education Unit Chief Regina Knauer said that this is, in part, to make room for as many different participants as possible, but also to encourage women to do outdoor activities independently of the department’s direct supervision.

“We’re telling them not to come back (to the Discover Nature weekend)… but we’re not just throwing them out,” she said. “We have all of these other support programs around the state. And they have each other. We hope they meet people here that they like… and that they get together and enjoy these (activities).”

Sue Jeffery, right, shot both a bow and a .22 rifle during the Missouri Department of Conservation’s Discover Nature — Women weekend. (Photo by Caitlin Cress/Hale Center for Journalism)

Knauer said that each woman in Missouri is likely within 30 minutes of a Missouri Conservation area.

It seemed like this message, that Missouri women are both capable of and interested in outdoor activities, was well-communicated over the course of the weekend.

At a closing gathering, Huffman asked the women “How many of you tried something you never thought you’d do or thought you wouldn’t be good at?” Almost every woman in the room raised her hand.

Another comment almost every woman echoed: they will be sharing their new knowledge with other females in their lives.

Jeffery, a second year participant who cares for her grandchildren during the day, has already begun teaching her granddaughter about plant identification when they go for walks.

“And when she’s of age,” Jeffery said, “I’ll be bringing her here.”