Immigration, the gender wage gap, and Donald Trump emerge as themes for Democratic candidates in KC 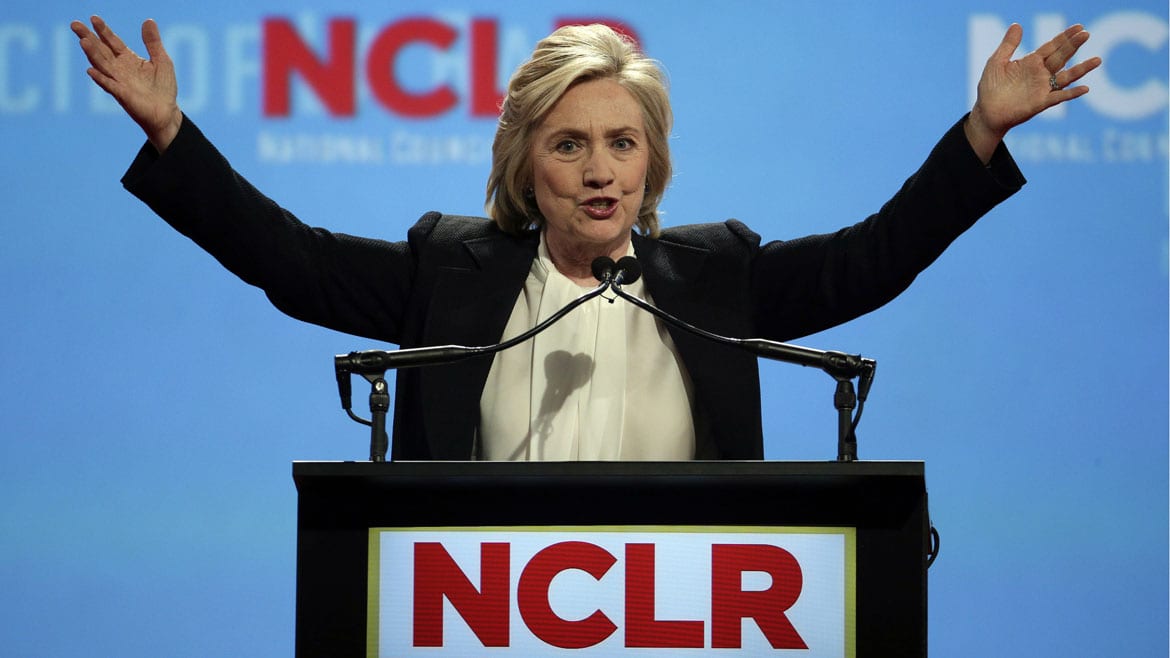 NCLR is an national organization that advocates for the rights of the Hispanic and Latino population. Its conference in Kansas City runs from July 11 through 14.

All three candidates voiced their support for comprehensive immigration reform.

“Let us be frank,” he said. “Today’s undocumented workers play an important role in today’s economy. Without these workers, it is likely our agricultural system would collapse.”.

Not surprisingly, all three candidates took the opportunity to address Donald Trump’s recent comments about immigrants.

Clinton said Trump’s comments were “divisive rhetoric that demonizes immigrants and their families.”

O’Malley said that even though Trump is getting attention for the statement, many other Republicans could have said the same thing. “It’s so hard to tell him apart from many of the other candidates,” O’Malley said.

The luncheon crowd applauded when Clinton demanded that the wage gap between men and women be closed. She cited a statistic that Latina women earn 56 cents for every dollar that white men earn.

“It is time to end the outrage of so many women earning less than men on the job,” she said.

Sanders encouraged the audience to imagine a nation in which everyone has access to affordable childcare.

“When  a woman has a baby, regardless of her income she should be able to stay at home with that baby,” he said.