The Historic Preservation Commission voted 6-0 to support the properties, including the prominent Jeserich Building (1888) at 3041-45 Main, be spared demolition by developer Doug Price of PriceMgmtCo.

That recommendation, which is opposed by Price and 31 Main, his development entity, now goes to the City Plan Commission and ultimately the City Council.

“I don’t have a head count yet,” Shields said of fellow council members.

“I’m hopeful just because the developer involved has an obvious track record of tearing down historic structures and letting the lots sit there.”

Price bought the four buildings at the prime corner along the planned streetcar route five years ago with no development plans in mind, although he did present the Preservation Commission with a tentative concept for the site.

“I wish when I bought it through a bankruptcy sale online that I knew it had historic precedent,” Price told the Preservation Commission.

“This acquisition was kind of happenstance, serendipity. There is no development plan currently. It’s not some sinister plan.”

Price’s reputation as a developer, however, spurred the unusual move by Shields and fellow Councilman Eric Bunch, who both represent the district, to seek landmark designation for the buildings without his permission.

Local landmark status, which protects buildings from demolition for at least two years, has very rarely been sought over the objection of the building owner. The only exception was Union Station.

In 2016, Price Brothers of Overland Park razed the Green Gables apartments designed in 1927 by the renowned architect Nelle Peters west of the Country Club Plaza over the objections of historic preservationists. Price was affiliated with the firm at the time.

The Price Brothers redevelopment plan called for apartments to be built there, but the property on the 4700 block of Summit Street remains vacant.

“The developer who purchased these properties has a clear record of destroying historic properties and then sitting on the vacant site,” Shields told the Preservation Commission. “We only have to look to the Nelle Peters buildings on the Plaza to know that is his record.”

Price’s attorney, Christine Bushyhead, told the commissioners that 31 Main filed for a permit to demolish the properties after careful consideration.

“As you’ve heard,” she said, “the purchase was an unexpected opportunity and intended to be a long hold real estate investment.

“31 Main is in no hurry to develop the property and wanted to consider Kansas City’s policy  direction for development in the 31st and Main area.”

The developer did present a tentative concept for redeveloping the corner that calls for recreating the appearance of the Victorian-era Jeserich building and its adjoining commercial structures and incorporating them into a 12-story residential project.

Bushyman said a development of that scale was necessary to make the project work without seeking tax incentives from the city and fits with design criteria established by the area’s community improvement district.

“The ability to build 12 stories in height is consistent with Midtown KC Now requirements and financially supports 31 Main’s pro forma for this attainable, mixed-income project without incentives,” she said.

The landmark designation request submitted by Shields and Bunch was supported by Historic Kansas City, the city’s primary preservation group, and the Union Hill Neighborhood Association. It also received 73 letters of support to the Preservation Commission.

In their discussion, the commissioners expressed strong support for designating the 31st and Main properties as a local landmark. They also suggested they be listed on the National Register of Historic Places, which would make them eligible for historic tax credits.

“This is a great example of something that should remain because its educational for people to learn about the history of the city,” said Commissioner Sarah Legg.

“It creates that feeling you can’t put into words and its really a beautiful building with excellent architectures and materials.”

Commissioner Amanda Loughlin dismissed the idea of building a faux Victorian facade as part of a new project.

“If there was new development on this corner and there was Victorian wannabe recreation I would not support that,” she said.

“What we have here is the actual material, we have the actual design and actual construction of the existing facades and buildings. We can’t duplicate that.”

In a separate interview, Shields said she couldn’t support the type of project envisioned by Price.

“I think it’s too dense for the site,” she said. “A talented architect and committed designer could figure a way to include those facades.” 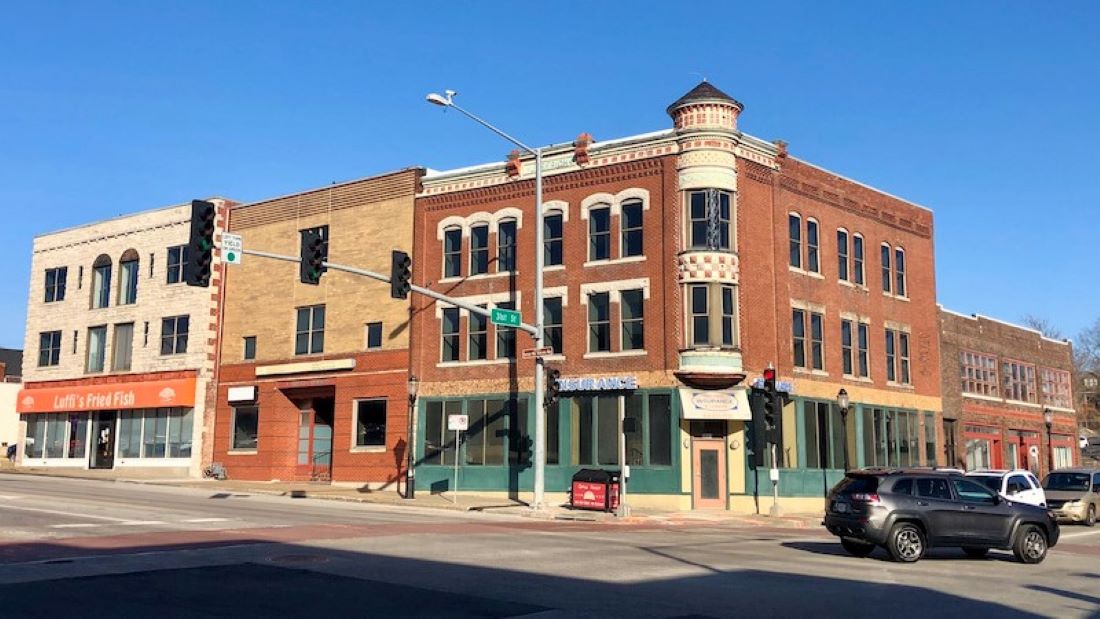 Owner Plans to Demolish Historic Main Street Building, No Future Plan for Now A group of historic, but unprotected, buildings at the northeast corner of 31st and Main streets are going to be demolished soon, according to their owner, with no plan yet prepared for the redevelopment of the site.