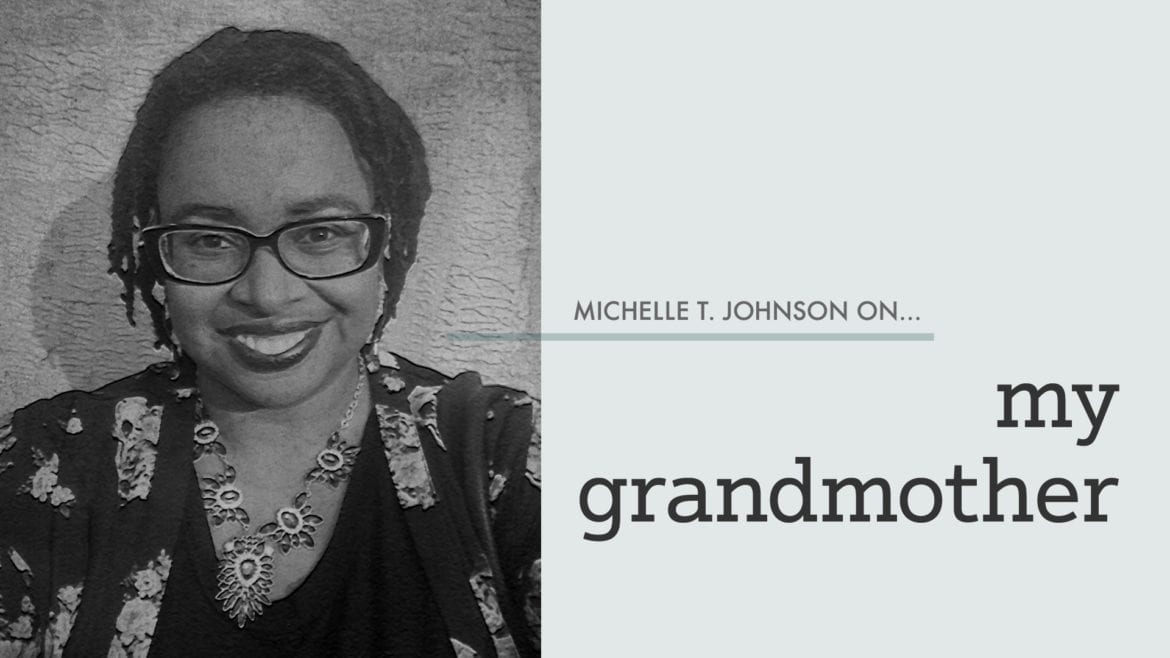 This past November was probably my toughest month. The election, of course. But I also lost my grandmother exactly two weeks later.

There are a lot of people I love in the world, starting with my first love, my mother, but my grandmother and I always had a special kind of love. Our communication dimmed the last dozen years of her life because of that awful Alzheimer’s disease, but the connection was never broken. Never will be broken.

Cliffie Marie Owens was born in 1928, not many generations standing between her and slavery. I can’t wrap my mind around what the world looked like when this black female was born in Kansas City, Kansas. Only she wouldn’t have been considered black then. Not African-American. Not even Afro-American. But “colored” and far worse. A far cry from today’s respectful term “people of color.” In every measure under society’s hierarchies, I don’t know if she would have even been considered a second-class citizen. Harsh, but true.

And yet, like a rose that blooms through the crack of a sidewalk, my grandmother lived to be one of the wittiest, sharpest, kindest people the world knew. I’m biased, but I don’t know if there are many people who met her for five minutes who would have disagreed with me.

To friends that I’ve met later in life, Cliffie has become almost a mythic figure whose passed-on-wisdom has peppered many a conversation. My best friend snuck in under the wire in getting to meet her and laugh with her before dementia ravaged Cliffie’s memory. What always comes through in relating my “Cliffie stories” is that my grandmother cut to the chase like nobody’s business. Her personal superpower was incisiveness laced with a humor that could leave you bent over laughing, yet thinking for days.

Well in to Cliffie’s adulthood legal segregation was the norm. Jim Crow didn’t officially end until the year her only grandchild was born. And, of course, discrimination didn’t end because segregation did.

As we prepare for her memorial gathering, I can’t help but compare and contrast the world Cliffie entered with the world she left behind 88 years later.

On Election Day, I jokingly wrote a microplay on Facebook where, in my fictitious world, Cliffie got her memory back for two hours and I briefly caught her up on the highlights of what she had missed. I told her about the election of our first black president, a man with an African name and a white Kansan mother, the fact that Bill Clinton’s wife was running against a man endorsed by the Klu Klux Klan. In my make-believe conversation, Ciffie was surprised but took it all in stride.

There’s a part of me that would have given anything to have actually had that conversation. To show off the world through my cell phone, to get all her recipes she never bothered to write down, to tell her how I became a playwright, and show pictures of things I’ve done, to have her hang out with me and my mother one last time, to tell her what she already knew — how much I adored her and that as long as I lived I would never let anyone forget her. To tell her that I was her legacy and she was mine.

But there’s a part of me that was just as glad that we didn’t have that one last conversation. That I didn’t have to tell her that too many blacks were still being lynched without the rope, that a black woman still only made 60 cents to a white man’s dollar, that the KKK-backed presidential candidate actually won, and that a lot of folks are scared the clock is going to go back to the 1950s, or worse.

It’s good that I didn’t have the option — that I got to say goodbye to her one last time with her indestructible soul knowing only what it needed to know as she made her transition.

I’ve still got a lot of tears over my grandmother left to cry. Anyone who has ever lost a person close to them knows how the space between being fine and being engulfed by grief constantly shifts.

But I know I’ll never stop telling my Cliffie stories. I’ll always keep the part of me that sees this world through her eyes.