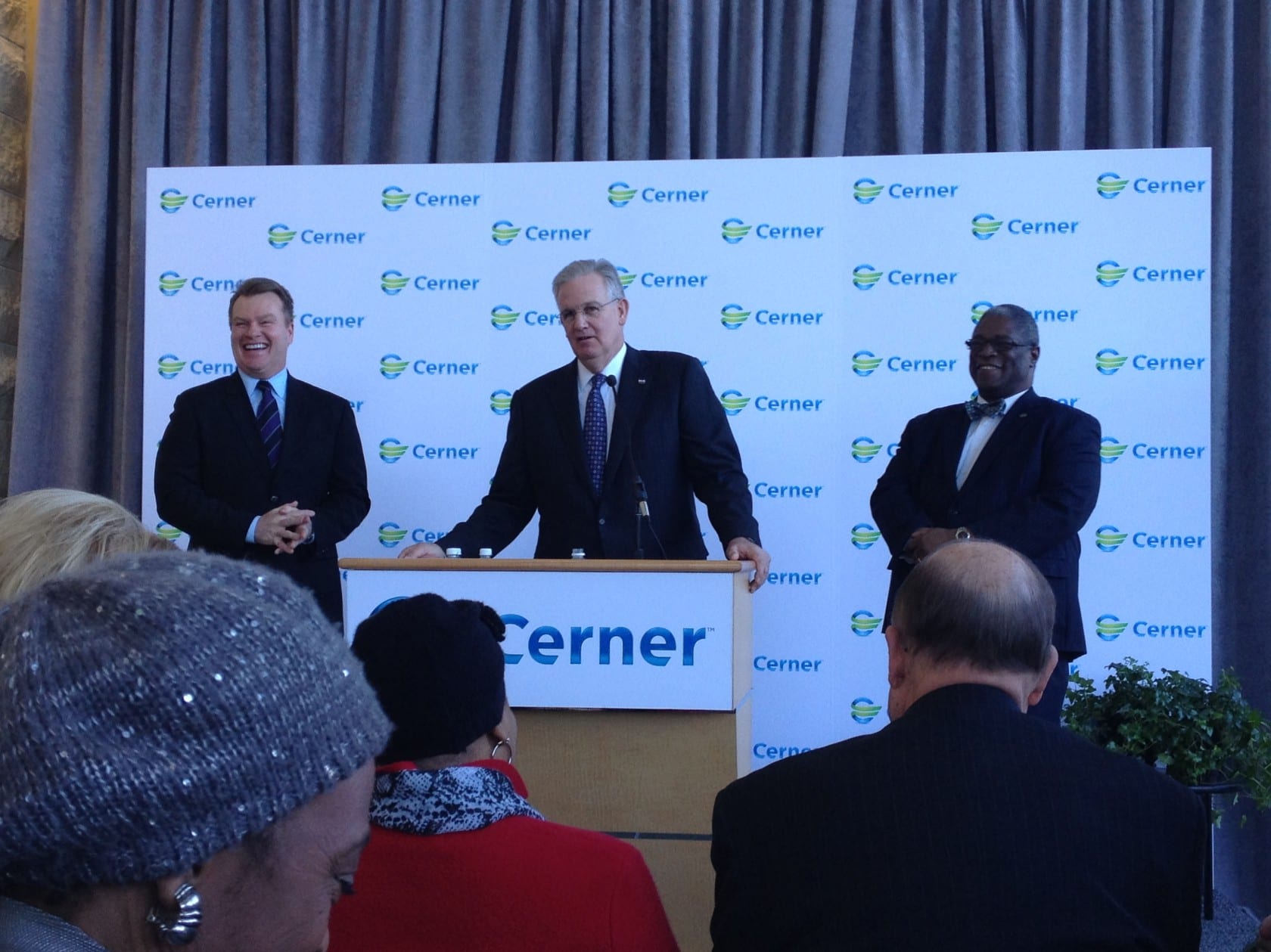 Cerner officially announced its Three Trails development today, which will eventually cover 237 acres and employ up to 15,000 people; the first phase of expansion, which will be constructed over 30 months, will employ around 1,500.

The $4.3 billion office development will be the largest in the state at more than 4 million square feet, Cerner President Zane Burke said. The development will eventually include day care, fitness and food service facilities.

This massive expansion will take place over ten years, creating up to 15,000 jobs along the way. Each new phase of development will be initiated when Cerner’s growth calls for more space or more jobs, Burke said.

Nixon indicated that these jobs will be technical and will include programmers, healthcare experts, designers and engineers.

Burke said Cerner would like to continue the investment in Kansas City it began making in 1979.

“This isn’t just relocating jobs from other areas,” he said. “This is creating brand-new jobs and new openings for our local economy.”

Another element of Kansas City investment is allocating a portion of project funds for the Hickman Mills School District. The money will be used to educate students for eventual Cerner-like jobs.

Responding to a question regarding the over $1 billion tax incentive package provided by the city, Nixon said that tax incentives were crucial for the project.

“… We don’t ever put incentive packages on the table if we don’t think they’ll be cost-effective for the taxpayer,” he said.

The jobs Cerner is adding will mean expansion for Kansas City. Nixon said each new job would mean a new home purchased, a new family shopping in local grocery stores and new children at local schools.

The expansion will be built on the site of Bannister Mall, which Mayor James applauded.

Beyond improving the appearance of the vacated site, Three Trails will also include retail, hotel and restaurant space, which will bring even more development to the area.

A question about project architects and contractors during the press conference was not fully answered, but the Twitter user Cerner Properties indicates that Cerner Properties Development Incorporated, SK Design Group and Thorton Tomasetti will all be involved.