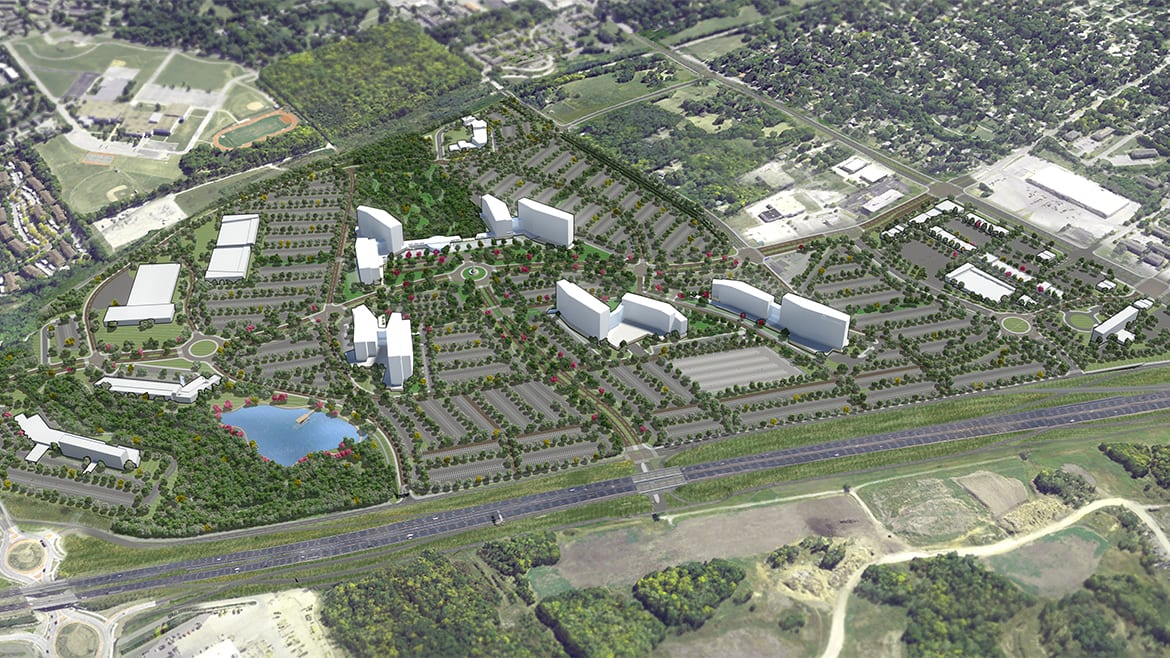 Cerner officials, along with Missouri Governor Jay Nixon and Kansas City mayor Sly James, took part in the ceremony at the site of the now-demolished Bannister Mall, once one of the area’s biggest shopping centers. The mall closed in 2007 and was torn down in 2009.

“If you had told somebody five years ago that an old and blighted shopping center, full of nothing but empty parking lots, deserted after decades of decline, would one day be home to the largest development project in the history of our great state, with more than $4.4 billion in investment and 16,000 high-paying jobs on the way, they would’ve said it was impossible,” Nixon said.

James called the project “not only pivotal” but “catalytic.”

“It’s not only going to be these buildings, but it will spur other development of retail around the development itself,” he said.

Cerner’s plans call for a 4.7 million-square-foot office complex consisting of 16 buildings on 290 acres to be built in 16 phases. The complex will dwarf the company’s current 1.4 million-square-foot headquarters in North Kansas City. By comparison, Sprint Corp.’s campus in Overland Park includes 3.9 million square feet.

Completion of the entire project could take up to a decade although the first phase is expected to be completed by 2016.

The company says the project, not far from the former Marion Labs complex that now serves as Cerner’s Innovation Campus, will include space for shops, restaurants and a hotel.

The project is estimated to cost nearly $4.5 billion. About $1.75 billion will come from local and state tax increment financing, the largest public subsidy ever given to a private company in Kansas City.

The complex was initially approved by the Kansas City Council in October 2013.

Cerner, a publicly traded company with about 10,000 employees in the Kansas City area, was founded in 1979. It develops and sells software systems to health care providers, including electronic health records.