A Quick, Clickable Roundup Of Health News From Our Region For The First Week Of November 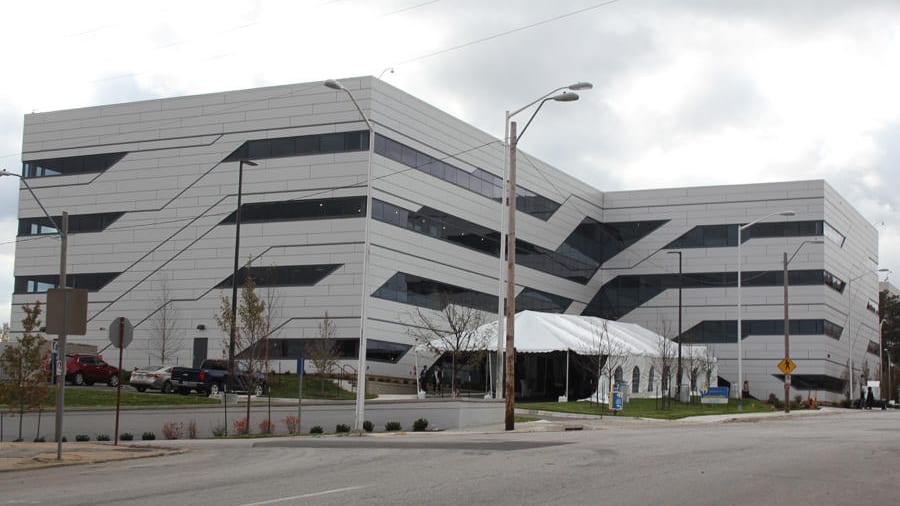 Downtown Kansas City, Mo., has a new outpatient surgical center and the University of Kansas School of Medicine has some local competition as it trains the next generation of KC doctors.

Leaders of Truman Medical Centers and the University of Missouri-Kansas City School of Medicine last week celebrated the opening of University Health, an outpatient clinic on Hospital Hill.

Sabates’ last line was almost drowned out by applause after his veiled reference to the academic medical center on the other side of the state line.

University Health will be home to 50 doctors with an outpatient surgical clinic that Shields said will provide “head-to-toe” procedures: everything from eye surgeries to bunion removal.

It also will offer specialty services like 3-D medical imaging and pain management.

“This is specialty care right where people live and work, all in absolutely state-of-the-art facilities,” he said.

Shields said the University Health name reflects a commitment by Truman Medical Centers to building community awareness of its partnership with UMKC. Being a teaching hospital for UMKC physicians has advantages, he said.

When Rep. Jim Ward read the latest lawsuit brought by Kansas officials against the Affordable Care Act, the Wichita Democrat thought the federal action at the center of the suit sounded familiar.

“My first thought was, ‘Wait a minute, didn’t we just do this about four months ago?’” Ward said, referring to the Legislature increasing a tax on health plans.  “And why is one better than the other?”

Democrats say the state is suing the federal government for doing the same thing — increasing a tax on Medicaid health insurance plans — that the Republican-led Legislature did in June to help close a $400 million budget gap.

The suit claims a provision of the ACA that imposes a tax on health care plans is unlawful because it also applies to insurance companies that have contracts to administer Medicaid, known in Kansas as KanCare.

The plaintiffs claim the health insurance provider fee amounts to a backdoor tax on state treasuries to fund the federal law, because Kansas has to pay to defray a portion of the KanCare companies’ new tax.

The suit seeks to recoup $32.8 million Schmidt said the state has paid since 2014 and stop future payments.

In a statement lending support to the suit, Brownback said the federal government was threatening to pull its $1.6 billion portion of the state’s $3 billion Medicaid program unless the state complies with the fees.

Kansas Democrats called the suit and Schmidt and Brownback’s comments politically motivated and hypocritical, given that the state employed a similar “accounting trick” to help balance the budget during the 2015 session.

Income tax cuts passed in 2012 have created an imbalance between taxes and spending in Kansas, and the Republican-controlled Legislature was forced to work overtime last session to balance the budget.

One of the few things most in the majority agreed on was increasing a “privilege fee” on health maintenance organizations (HMOs), including the three insurance companies that administer KanCare.

The Legislature ultimately upped the fee from 1 percent to 3.31 percent, drawing in a projected $47.8 million to help balance the general fund.

Private-sector HMOs took a financial hit, but the maneuver brought in enough federal matching funds for the state to reimburse the three KanCare companies for their portion of the increase.

Ward called the move “directly equivalent to what the feds are doing” with the provider fee named in the latest ACA lawsuit.

“The difference is what we spend the money for,” he said. “The feds want to spend it on expanding access to health care, and the state’s filling a massive budget deficit created by our tax loophole.”

In a statement emailed Monday, Schmidt defended the suit without addressing the minority party’s complaints of hypocrisy.

“There should be bipartisan objection to this unprecedented and unlawful attempt by the federal government to levy a tax on states,” Schmidt said.

This is the third lawsuit Kansas has joined against the ACA, commonly known as Obamacare.

Near a greasy spoon restaurant in the Quindaro neighborhood of Kansas City, Kansas, two young men were killed in a drive-by shooting on a sunny afternoon earlier this year. Two more killings after what had already been a violent stretch of months.

Pastor Sheldrick Walker was in his church a few miles away when he got the news from fellow pastor Adrion Roberson.

“I was up here praying and Pastor Roberson called me,” Walker says. “And we began to talk to each other, and our hearts were broken, because – man – you get tired of this, man.”

There have been 25 homicides in Kansas City, Kansas, so far this year and Walker says many residents have become almost numb to the violence.

Walker and several other church leaders have been working together in recent months to address violent crime and especially the one factor they say has led to crime going unchecked: the reluctance of community members to cooperate with police because they’re intimidated by pressure to “stop snitchin’.”

A few days after the homicide, Walker, Roberson and a handful of other church leaders led dozens of marchers down the street where the shooting took place. They wore white and carried signs reading “Stop Killing Each Other.”

The organizers spoke passionately about the need for neighbors to take responsibility for their community and the importance of providing the police with any useful information they had. Walker says in neighborhoods like Quindaro, this mind-your-own-business mentality has become a norm contributing to the spread of crime.

“Your silence is consent,” Walker says. “If you don’t say anything, you’re saying ‘I agree. I agree that’s it’s cool that you murder folks’ kids. I agree that you sell drugs and destroy your community.’”

And in Kansas City, Kansas, a lot of criminals don’t face justice.

Last year, KCK police only made an arrest or identified a suspect in about half of all murders or manslaughters, according to the FBI. For violent crime in KCK overall, it’s about a third of cases. That’s not as bad as the highest-crime cities in the U.S., but it’s worse than the national average.

Pastor Francisco Lara leads the largely Hispanic church Iglesia Vida Abundante south of Quindaro. He says he was moved to work with the Walker and Roberson’s group on the problem of violence after one of his congregants was struck by a stray bullet.

“There a saying around here that there is force in unity, and we want the united churches to bring a great impact to the community,” Lara says.

Lara’s church consists mostly of Latinos who have lived in the area for years, if not generations. But his daughter Raquel, who leads youth programs in KCK, says that for some Latinos – who may be undocumented or have undocumented friends or family members – complicated relationships with the police makes cooperation difficult.

“The idea of who a police officer is and what that represents – it’s more of a fear of being taken away from your family and being deported back to your country,” she says.

Relationships with law enforcement in many communities have been especially strained in the past year in the aftermath of high-profile police shootings like the ones in Ferguson, Missouri, Baltimore, Cleveland and other cities. And Roberson says many people already had a mistrust of police owing to racial profiling and the high rates of black incarceration.

At the August rally, one of the speakers shouts through a megaphone, “Snitch to get rich!” In other words, inform on criminals to get reward money.

It’s a message that many criminal offenders probably aren’t happy to hear, and the marchers say they may be risking their own safety by going public with it. But Walker says it’s a risk that needs to be taken.

A drug that’s already approved for treating leukemia appears to dramatically reduce symptoms in people who have Parkinson’s disease with dementia, or a related condition called Lewy body dementia.

A pilot study of 12 patients given small doses of nilotinib found that movement and mental function improved in all of the 11 people who completed the six-month trial, researchers reported Saturday at the Society for Neuroscience meeting in Chicago.

And for several patients the improvements were dramatic, says Fernando Pagan, an author of the study and director of the Movement Disorders Program at Georgetown University Medical Center. One woman regained the ability to feed herself, one man was able to stop using a walker, and three previously nonverbal patients began speaking again, Pagan says.

“After 25 years in Parkinson’s disease research, this is the most excited I’ve ever been,” Pagan says.

If the drug’s effectiveness is confirmed in larger, placebo-controlled studies, nilotinib could become the first treatment to interrupt a process that kills brain cells in Parkinson’s and other neurodegenerative diseases, including Alzheimer’s.

“It allows them to come into the hospital, embed themselves in the whole system, really understand what is going on with health care at a very narrow level down to the main person, and really start to develop those innovations through IT that can help move health care forward and really change the future of health care,” Kovac says.

Truman, which serves many low-income, high-risk patients, and Cerner have been partnering since 1992. The hospital uses Cerner-developed software and was recognized last year for its use of health information technology to improve patient outcomes.

Earlier this year, Truman said it had entered into an unusual three-way collaboration with Cerner Corp. and the University of Missouri-Kansas City to mine medical information amassed by Cerner over the last 15 years from more than 47 million patients. The data is scrubbed of personal identifying information.

The newly expanded relationship with Cerner “takes the concept of the learning health system and expands its boundaries beyond our region,” Truman President and CEO Charlie Shields said in a statement. “Ultimately, we have the potential to impact care around the world, as we learn and progress together in Kansas City and then share our expertise with other Cerner clients, health care organizations and communities.”