Above image credit: A conceptual rendering of a street scene in a part of the SomeraRoad plan for a six-block section of the West Bottoms. (Rendering | SomeraRoad presentation)
Sponsor Message Become a Flatland sponsor

SomeraRoad’s ambitious proposal to transform a sleepy section of the West Bottoms into a “dynamic” mixed-use district has strong support from City Hall and awakened worries of some longtime denizens.

In recent weeks, the zoning change required for the sweeping redevelopment concept by the New York developer has received unanimous approval from the City Council and City Plan Commission.

When fully built out over 10 years, it could add 1,200 residences, 200,000 square feet of office space, 150,000 square feet of shops, a 50-room hotel, and new public venues to a roughly six-block area north of 12th Street between Hickory on the west and Santa Fe on the east.

“These areas have been largely underinvested in for quite some time, most of the lifetime for all of us, regardless of age,” Kansas City Mayor Quinton Lucas said recently after the council approved SomeraRoad’s rezoning request.

“I appreciate a project that has good mixed-use, historic preservation and area preservation. In many ways, it’s development at its best.”

While the West Bottoms has lacked big-time investment for decades, except for a couple of recent apartment developments, the sprawling area where industrial Kansas City was born in the late 19th and early 20th centuries has never died.

It remains a significant industrial center, and its old brick warehouses have evolved to house a variety of antique shops, artist studios, small retailers and a scattering of bars and restaurants.

“Reinvigoration of the West Bottoms is a little bit of an unfair term,” Sean Reilly, the owner of a building at 1404 W. 12th St., recently told the City Plan Commission.

“We rank right up there in terms of attractions in Kansas City with hundreds of thousands of people that come down to our shops. It’s truly a unique destination and I’d argue it’s already a vibrant community.”

Andrew Donchez, a principal at SomeraRoad and head of development, told the City Plan Commission his firm has no intention of displacing any of the existing businesses, adding the new zoning applies only to its redevelopment site.

“We understand this is a change from the status quo, but we think on balance it’s a good one and will lead to the continued revitalization of the West Bottoms,” he said.

Donchez said the redevelopment plan calls for preserving buildings whenever possible and demolishing a few, notably the Weld Wheel building at 933 Mulberry St., that are too deteriorated to be adapted.

The UR or urban renewal rezoning the council approved will allow SomeraRoad to apply for state historic tax credits to help finance its plan and continue design and planning work.

There are still several public steps ahead, including approval for actual projects and, as expected, seeking additional tax incentives, before work would begin.

Councilman Eric Bunch said the SomeraRoad plan has the potential of being “one of the most transformational developments in our tenure on the Council.

“I’m really excited for this and there’s a lot of moving parts and work ahead of you, but I’m very excited to see the West Bottoms continue its rebirth,” he said.

Donchez told the City Plan Commission that his firm anticipates completing the renovation of four historic buildings — two office, two residential — and opening a 50-room boutique hotel over the next four years. Infrastructure and public plaza amenities also should be done.

“We’re envisioning this as a dynamic, mixed-use district,” he said. “We think there’s a vital piece of office use that will be additive to the environment and build upon what’s already going on down there.

“There will be complementary retail, new restaurants, new coffee shops … the opportunity to grab lunch if you’re an office tenant.”

The SomeraRoad proposal has the preliminary support of the Historic West Bottoms Association, a business and property owner group dating to the 1930s.

“We think the developers have started engaging the public and the owners and tenants in the Bottoms, and it’s time to roll up our sleeves and get to work on this project that will make the West Bottoms even more vibrant than it’s ever been,” said Bruce Holloway, a board member.

Several people testifying at the June 21 City Plan Commission meeting, however, said they didn’t receive enough notice about the rezoning request. Like Reilly, there also were concerns about the economic impact of the SomeraRoad proposal on their businesses.

Nick Allen, owner of Bella Patina antiques at 1320 W. 12th St., said adding hundreds of new residents and office workers could be disruptive to the antique and flea market district where his business is located.

“This residential density is going to drastically impact the commerce that happens in our neighborhood,” he said.

“People come in from, not just KC metro, but all over the country to visit this particular experience … It’s not dormant, it’s not uninvigorated, there’s a lot of vibrant public use happening in the neighborhood.”

Allen and others testifying against the rezoning also feared the gentrification effect of the SomeraRoad redevelopment could force them out of the area.

“This kind of density makes it a high possibility that business owners like myself would not be able to stay in the neighborhood that’s so heavily populated, and especially as rents and taxes increase,” he said.

In pursuing its redevelopment plan, SomeraRoad representatives say they’re helping fulfill long-time city goals for the West Bottoms, and being guided by studies done by the Kansas City Design Center, an urban research center for students at the University of Kansas and Kansas State.

“SomeraRoad and its team in their intention to redevelop the West Bottoms are really closely aligned with the vision, the philosophy, the ideas that we have uncovered with our work with the local community,” said Vladimir Krstic, director of the KC Design Center.

In response to critics, Donchez said the SomeraRoad investment would benefit them as well.

“We look at this as the continued revitalization and building on a lot of the great things occurring there and a lot of great businesses already there.” 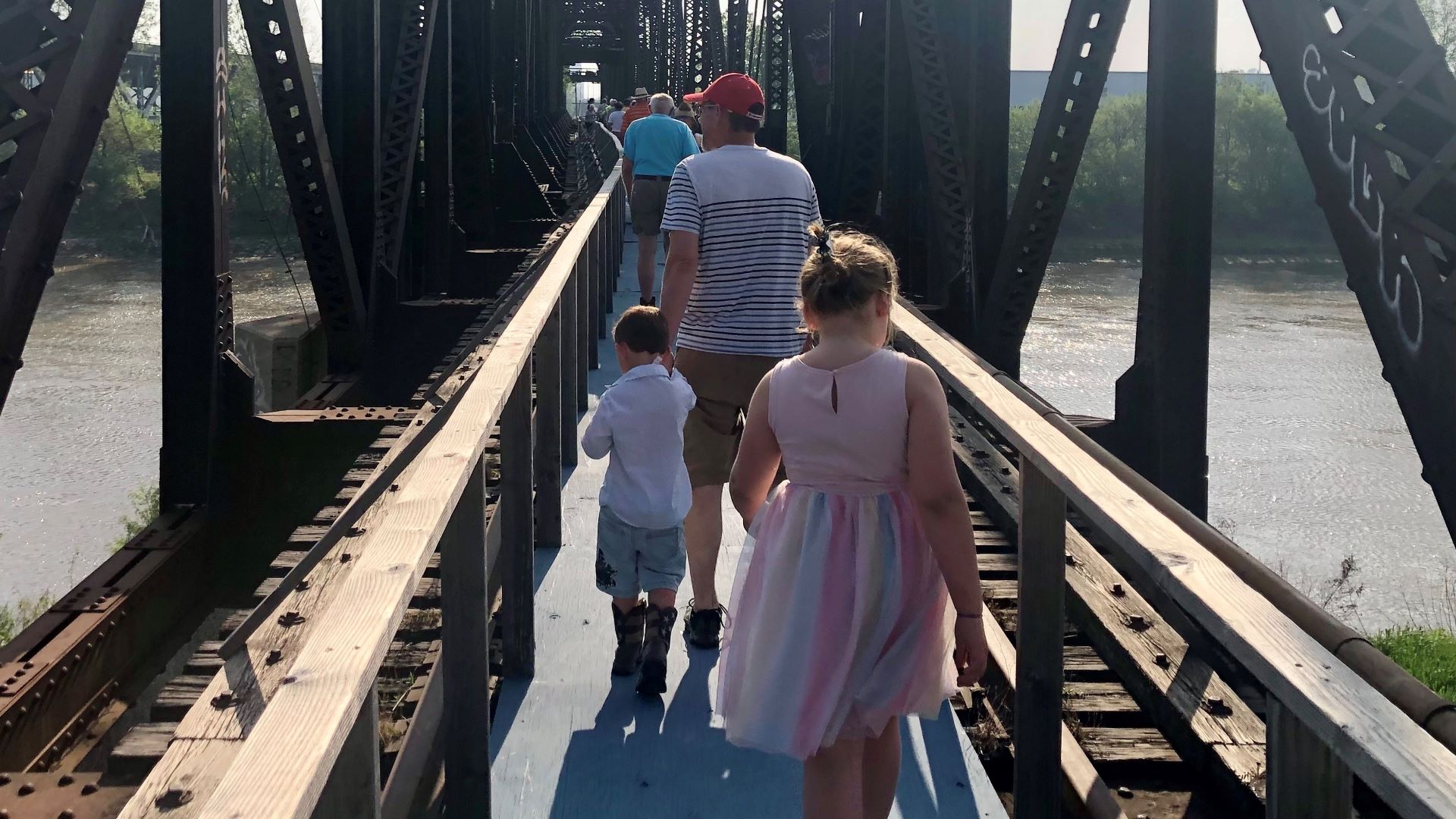 Entertainment Plan for West Bottoms Railroad Bridge Picks Up Steam Michael Zeller’s quest to convert an old West Bottoms railroad bridge into an entertainment district over the Kaw River is picking up steam, with construction plans now in place and backing from key local philanthropic foundations.