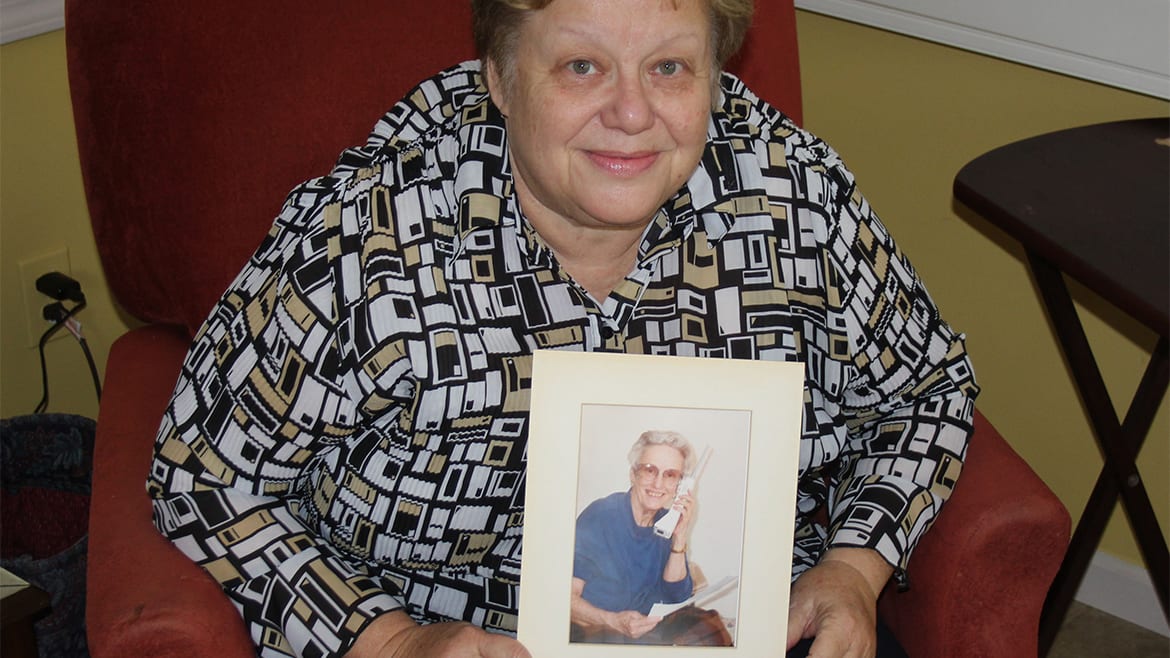 When diabetes began to steal her mother’s legs and vision three decades ago, Lawrence resident Judy Bellome and her family joined the ranks of thousands of caregivers across Kansas.

Bellome had advantages others don’t, but even so she found it challenging.

“If I hadn’t been a nurse — and my sister is a physical therapist — there’s a very good chance we would not have been giving my mother the right insulin doses,” says Bellome, former CEO of the Douglas County Visiting Nurses Association. “Because nobody trained us.”

Bellome has added her voice to an effort by the senior advocacy group AARP Kansas to pass a bill requiring hospitals to demonstrate follow-up care instructions for caregivers before their loved ones are sent home.

AARP Kansas leaders hope to introduce the Caregiver Advise, Record, Enable (CARE) Act in the upcoming legislative session. The bill is still in draft form, but it is intended to allow patients to designate a caregiver upon admission to the hospital.

Hospital staff would then be required to notify that caregiver if the patient is to be discharged to another care facility or home. If the patient is being sent home, the hospital must “provide an explanation and live instruction of the medical tasks” that will have to be performed at home.

“Family caregivers are also required to undertake tasks that were once in the domain of only doctors and nurses,” AARP Kansas Director Maren Turner says. “Complex medication management, wound care, injections. Yet, most receive little or no training for these duties.”

There are 42 million family caregivers nationwide, according to AARP.

“Other states in our AARP network are working on caregiving issues, but ours will be Kansas-specific,” Mary Tritsch, associate director of communications for AARP Kansas, says of the CARE Act.

The Legislature reconvenes in January, and AARP Kansas has been meeting with some legislators to brief them on the proposal.

Rep. Barbara Bollier, a Republican from Mission Hills who is also a retired physician, says she has asked legislative research staff for more information on what state law currently requires when it comes to discharging patients from the hospital.

She says the Missouri hospital where she worked had protocols in place to ensure safe discharge.

Bollier says she did not know if those protocols were standardized across Kansas’ health care system, but Medicare provides financial incentives for hospitals nationwide to discharge patients safely by penalizing quick readmissions.

While she respects the goal of AARP Kansas proposal, Bollier says she wants to investigate further to see if changing the law is the right path to reach it. Hospital data can help determine whether the current system is truly leaving discharged patients without the level of care they need, she says.

“You really have to look at outcomes data,” Bollier says.

The early phase of the AARP legislative push has focused largely on the anecdotes of people like Bellome, whose mother, Eleanor Francis, was diagnosed with diabetes in the 1980s at age 70.

For a while Francis was able to manage the condition through changes to her diet, Bellome says. But after extensive walking during a church trip to China, she returned to the United States with a sore that never healed because her circulation was compromised. Her leg had to be amputated, and insulin injections were prescribed.

Francis also had worked as a nurse, so Bellome said the hospital staff assumed she could handle her written discharge instructions.

But Bellome said her mother had been retired for years and her vision was failing.

“She had a can-do attitude. So you tell her to do something and, by golly, she’s going to do it,” Bellome said. “And what happened was she went home and she wasn’t able to give herself the injections.”

Bellome and her sister served as their mother’s caregiver for much of the next three years, until she died of a heart attack shortly after her 75th birthday.

The experience, Bellome said, connected her to hundreds of thousands of Kansans.

“Just about everybody has either been a caregiver or received care or will be a caregiver,” Bellome said. “It’s a very common characteristic that’s going to bind us all together.”