The $50 Million Budget Cuts in Kansas 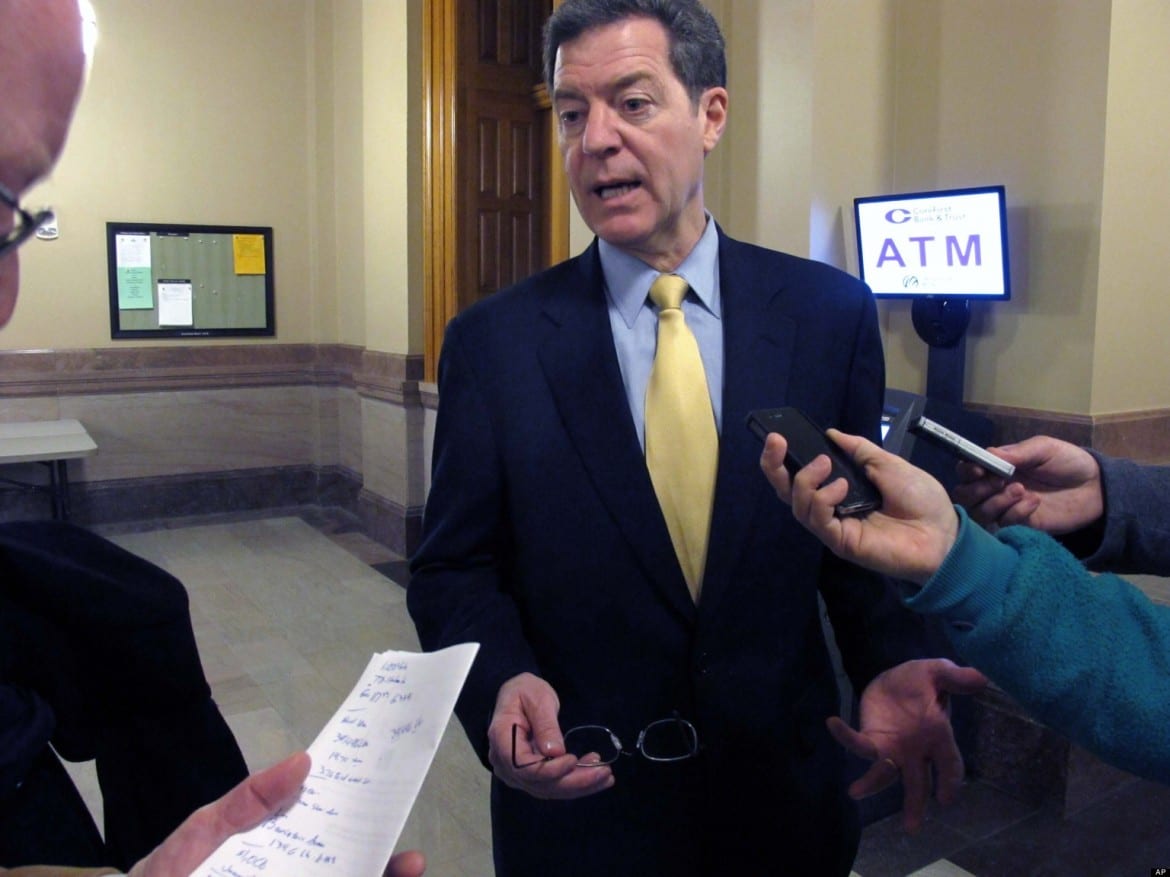 Gov. Sam Brownback’s office will work to identify $50 million in budget cuts mandated by the Legislature for the upcoming fiscal year, although future restoration of those reductions could be constrained by automatic income tax cuts.

The governor acknowledged that the 113-day session was difficult for everyone involved and that many legislators did not want to vote for the tax bill that closed a $400 million budget gap.

“But the beauty of it is they did it, and they actually got things done,” he said.

As a condition of passing the tax increase, legislators built into the bill $50 million in spending cuts that Brownback is required to make to give the state treasury a bigger cushion and appease small-government conservatives.

It was unclear Tuesday if cuts to health-related agencies would be included.

The governor said he had made one line-item veto of $1.9 million for a special fund for the state’s public universities. His administration will identify the rest of the cuts later.

“We’ll look at everything we can on efficiencies, on privatization, on a series of areas that we’ll go at,” Brownback said. “But we haven’t started much of a serious look. This was a long legislative session to get through, and I wanted people to get rested up before you take on those next sets of issues.”

He said he had tentatively identified $15 million in possible savings in the state’s Office of Information Technology and is examining other state agencies.

“My hope is it’s not across-the-board (cuts),” Sullivan said.

Brownback encouraged Kansans to combine the latest tax increase in their minds with the steep income tax cuts made in 2012. As a whole, he said, the package represents a shift from taxing “productivity” in the form of income taxes to taxing “consumption” in the form of sales taxes.

While some Kansans will end up with a higher tax burden, overall the three years of tax policy will still result in a lower level of net tax revenue for the state.

The most recent bill also stipulates that if economic growth pushes state revenues more than 102.5 percent ahead of the previous year, the excess must go to further income tax cuts.

Brownback said that was the right approach because his intention is still to eliminate the state income tax. But he acknowledged that capping spending growth at 2.5 percent would constrain some budget priorities.

As for Kansas’ four state hospitals, he said, “we really need to help out as much as we can.” But the governor suggested that help might come in the form of better continuity of care to keep people out of the hospitals rather than more funding.

The state hospitals serve Kansans with mental illness or developmental disabilities. Brownback said the mental health system in particular needs to be better integrated so people get treatment before they need a state hospital.

“Let’s start working with them much earlier, so I hope we can cut our costs down once we get to this system where you’re doing it inpatient, long-term,” Brownback said. “It’s a very expensive system.”