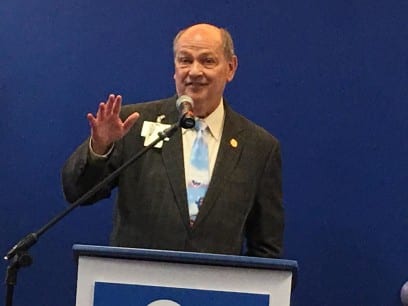 Dr. Randall L. O’Donnell, president and CEO of the Kansas City-based pediatric hospital, announced the name change at a news conference Thursday afternoon attended by hospital staff and supporters, political dignitaries and what he called “our real bosses,” half a dozen children sprawled on the floor alongside him.

The Overland Park facility, just west of 110th Street and Nall Avenue, has grown over less than two decades to 53 beds, which along with the main hospital facility near downtown Kansas City, Missouri, combine for a total of 354 beds overall.

While the now-sprawling complex at 24th Street and Gillham Road accounts for the majority of the hospital’s visits and admissions, the Overland Park location draws patients from nearly every corner of Kansas. According to figures provided by the hospital, of 292,000 visits in 2014, nearly 85,000 were to Children’s Mercy Hospital Kansas.

The renaming comes as Children’s Mercy embarks on a campaign to renovate and expand the Overland Park facility, part of a long-range plan developed a few years ago. The plan calls for renovating and adding operating rooms, clinic space and up to 47 more beds, O’Donnell said in a brief interview after the news conference. O’Donnell said the hospital projects the expansion will cost between $40 million and $50 million, money which has yet to be raised.

Concerns among Kansas health care providers of a billing system “apocalypse” appear to have been unfounded. Providers are saying “so far, so good” about a twice-delayed new system that went into effect Oct. 1.

The new billing system is called ICD-10. It’s the 10th version of the World Health Organization’s International Classification of Diseases (ICD), and it replaced a system that had been in use since 1979.

The new system has far more codes than the old one — 100,000 more. It’s meant to be more specific about diagnosis and treatment, not only for billing purposes, but for medical research, evaluation of treatments and procedures, and disease outbreak tracking.

Health care providers were concerned that they might choose the wrong codes and might not get paid by insurance companies — at least not promptly — as a result. But after more than a month, the new system is working “surprisingly well,” according to Barbie Hays, coding and compliance strategist for the Leawood-based American Academy of Family Physicians.

Say Yes To Down Dog: More Yoga Poses Are Safe During Pregnancy

Lots of studies have looked at the health benefits of prenatal yoga for the mother to be. There’s even some evidence that yoga can be potentially helpful in reducing complications in high-risk pregnancies.

But does yoga have any impact on the fetus?

“I wasn’t able to find any evidence-based studies” to answer this question, says Dr. Rachael Polis, who practices gynecology at Kosair Children’s Hospital in Louisville, Ky. So she and a group of collaborators decided to conduct their own study. Their findings have just been published in the journal Obstetrics & Gynecology.

They recruited 25 healthy pregnant women in their third trimesters. All the women in the study had uncomplicated pregnancies; no high blood pressure or gestational diabetes.

During one-on-one yoga classes, the women were guided through 26 poses — everything from standing poses, to twisting poses to stretching.

“We found these postures were really well tolerated by women in our study,” says Polis, who conducted the research while she was a resident at Jersey Shore University Medical Center. “Women’s vital signs, heart rates, blood pressure — these all remained normal.”

In addition, there were no falls or injuries. And none of the women reported “decreased fetal movement, contractions, leakage or fluid, or vaginal bleeding in the 24-hour follow-up,” according to the study manuscript. And very important, the fetal heart rate during all 26 poses remained normal.

During the study, the women avoided inversion poses such as handstand or headstand to reduce the risk of falls. And for obvious reasons they also avoided lying flat on their bellies.

But they did try poses that some yoga teachers have advised pregnant women to avoid. These include the downward-facing dog; the happy baby pose — that’s a pose where you lie on your back and hold your toes like a baby; and the corpse pose, where you lie on your back. Pregnant women are often told to lie on their sides, not their backs, during the final stages of pregnancy. Polis says her study finds all of these four poses were well tolerated.

“This is preliminary information, but I think it’s exciting and reassuring to know there were no adverse changes for both mom or baby,” Polis says.

Polis says it’s important that every woman check with her ob/gyn to make sure that there are no complications before hitting the yoga mat.

A budget deal in Washington, D.C., is helping Kansas balance its own books temporarily with an infusion of Medicaid cash.

But a Democratic senator says the savings should be used to provide home and community-based services to Kansans with disabilities.

The transfers are needed because state revenue estimators revised tax receipt projections down for the fourth straight time last week, leaving Kansas with a projected deficit for the fiscal year that ends June 30.

Almost half of the $125 million comes from the state highway fund, but about $25 million of it comes from Medicaid.

Sullivan said some of that money is available because the D.C. budget deal reduced projected Medicare premiums for low-income residents who get their premiums paid through Medicaid.

Sullivan said the rest of the Medicaid savings comes from revised actuarial cost estimates that will not affect any recipients or providers within KanCare, the state’s managed care Medicaid system that serves more than 425,000 Kansans. 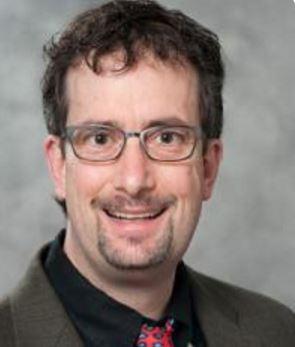 The award recognizes Spertus’ contributions to cardiovascular outcomes research and improved cardiovascular care, according to a news release from Saint Luke’s.

Spertus has published hundreds of peer-reviewed articles related to his research. PubMed, which indexes citations to medical journal articles, lists his name on nearly 600 papers.

Spertus could not be reached for comment, but the Saint Luke’s release quoted QCOR chairman Benjamin Nallamothu as saying that Spertus is “one of the most creative and inspirational figures in the field of cardiovascular outcomes research.”

“He’s a giant in our field – a leader who played an instrumental role in establishing the QCOR conference and council,” Nallamoth, an associate professor of internal medicine at the University of Michigan, said.

Besides serving as clinical director of outcomes research at Saint Luke’s Mid America Heart Institute, Spertus is a professor of medicine at the University of Missouri-Kansas City.