A Quick, Clickable Roundup Of Health News From Our Region — And Beyond — For The Second Week Of July 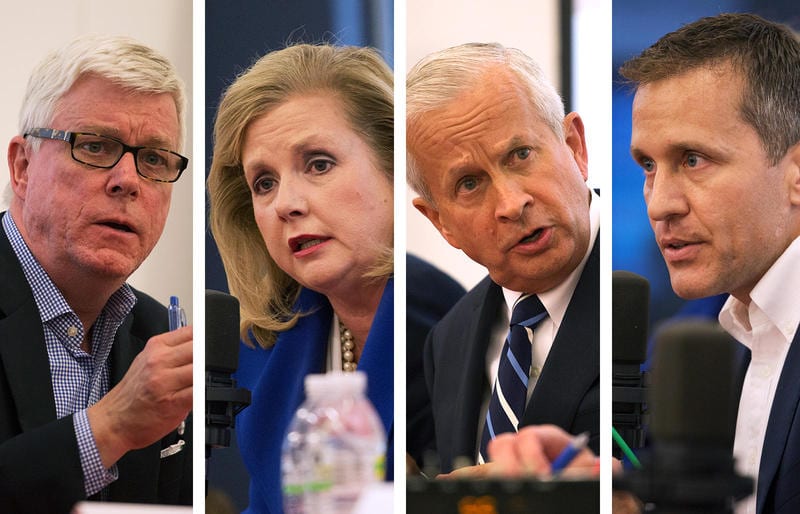 The four Republican candidates for Missouri governor kicked off their debate Wednesday night with a variety of statements about the Affordable Care Act and Medicaid expansion. KCUR fact-checked some of those statements. Here’s a sample of what they found:

“Obamacare has failed in every regard. We were told it was going to reduce premiums. On average, premiums went up for the exchange in Missouri over 23 percent last year.”

The number Hanaway cited comes from the Koch-backed Freedom Partners, an organization that opposes the Affordable Care Act, or Obamacare, and Medicaid expansion. In fact, benchmark premiums – the second-lowest-cost silver plan – went up an average of 10.4 percent in Missouri this year, according to the Centers for Medicare and Medicaid Services (CMS).

“I went to VA hospital right here in St. Louis, John Cochran Hospital. At that hospital, over 1,000 patients were needlessly exposed to HIV.”

Overall spending on Medicaid has grown substantially in Missouri since 2000. The Pew Charitable Trusts says Medicaid spending in Missouri went from $5.2 billion to nearly $9 billion between 2000 and 2012.

“I tell you the issue here – and all these facts are true here in terms of the expansion here – some studies have shown it would cost up to $3 billion over the next decade.”

A message we left with Brunner’s campaign asking for help finding this study and others he cited wasn’t returned. According to the Urban Institute, Medicaid expansion would cost Missouri $1.6 billion over 10 years. But that would be more than offset by the influx of federal matching dollars. A macroeconomic model commissioned by Families USA, a nonpartisan consumer health advocacy organization, found that Missouri would receive an additional $1.6 billion in federal Medicaid funds in 2016 alone to pay for health care. It estimated that $1.3 billion would be spent on health care in Missouri and the rest on providers in other states that treat Missourians enrolled in Medicaid. The model predicts that the $1.3 billion would have a significant multiplier effect on jobs and economic activity.

— Elle Moxley is a reporter with KCUR and Dan Margolies is editor of Heartland Health Monitor, a reporting collaboration that includes KCUR, KCPT and KHI News Service, an editorially independent initiative of the Kansas Health Institute.

An explosive lawsuit filed by a University of Kansas Hospital pathologist charges that the head of the hospital’s pathology department wrongly diagnosed a patient with cancer and then covered up the mistake after an organ of the patient was removed.

The lawsuit says KU Hospital refused to rectify the error and retaliated against the plaintiff after he called the matter to the attention of the Joint Commission, which accredits and certifies hospitals in the United States. 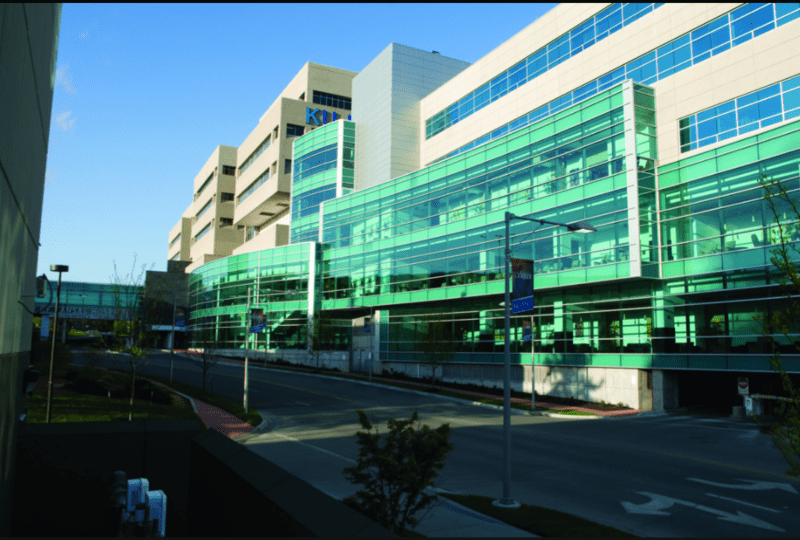 The suit, filed July 1, in Wyandotte County District Court by Dr. Lowell L. Tilzer, says that as far as Tilzer knows, the patient has yet to be informed of the misdiagnosis.

“The form of cancer that was erroneously diagnosed within the patient is commonly known as potentially lethal; and the patient who was misdiagnosed has lived with this unwarranted fear” since the hospital concealed the misdiagnosis, the lawsuit alleges.

KU Hospital issued a statement saying it first learned of the lawsuit when KCUR called and asked it to respond.

“We are not in a position to provide detailed feedback at this time,” the statement says. “However, just from a brief review of the allegations made, there is little to nothing in the petition that we believe to be grounded in truth.

Rural Americans are gaining health insurance coverage through the Affordable Care Act at rates outpacing their urban counterparts, according to a recent report from the U.S. Department of Health and Human Services.

Mark Andes is among those in rural Kansas who have benefited. Andes was living and working in McPherson last year when he began having some scary health symptoms.

“I was getting dizzy, and falling to my left, and started getting weak,” he says. “I couldn’t even hardly tear a piece of paper.”

Andes eventually learned that his symptoms were caused by two cancerous tumors in his brain that were putting pressure on his spinal cord. He also found out he had stage IV lung cancer.

“That was not what I wanted to hear, not at all,” he says

— Bryan Thompson is a reporter with KHI News Service

The Disability Rights Center of Kansas is seeking more information from the state about its backlog of Medicaid applications to determine whether Kansas is breaking federal rules.

Rocky Nichols, the center’s executive director, said the organization has filed an open records request to examine whether the state is doing what the federal Centers for Medicare and Medicaid Services requires for Medicaid applicants stuck in the backlog.

“We are concerned that the state is not informing Kansas Medicaid applicants of their right to a fair hearing if their application is not processed within 45 days,” Nichols said via email. “We are also concerned that they are not enrolling people who fell through the cracks or providing them retroactive benefits.  Thus far, the state has produced no tangible evidence that they are complying with these aspects of federal law.

— Andy Marso is a reporter with KHI News Service

Published on Jul 6, 2016
Lenny and Amy’s 5-year-old son has epilepsy. When conventional medications caused terrible side effects, they started giving him a daily drop of cannabis oil, with dramatic results. But it’s a calculated risk: While there is anecdotal evidence of cannabis’ effectiveness, scientists face research roadblocks because it’s a schedule 1 controlled substance. Science correspondent Miles O’Brien reports.