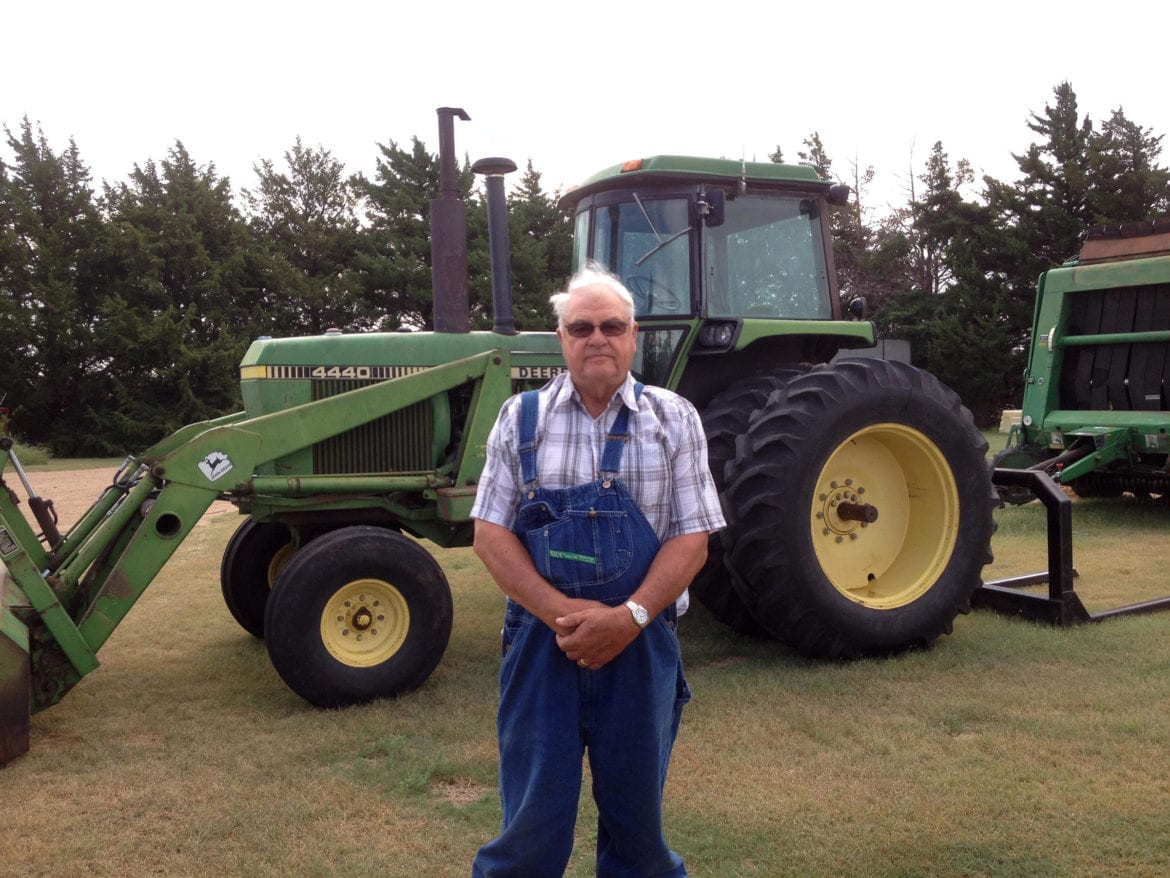 Kansas farmer Daryl North says prices for wheat are so low it can be hard to break even. (Photo: Bryan Thompson | Harvest Public Media)
Share this story

This year was a very good year for growing wheat, but that means it could be a very bad year for wheat farmers.

There’s a glut on the global wheat market and prices for winter wheat – which is grown all up and down the Great Plains, from Texas to North Dakota– wheat prices this year hit their lowest levels since 2003. Coupled with lower prices for corn, sorghum, and soybeans, many are concerned about the rural economy in the Wheat Belt.

First, a disclosure: Technically, I’m one of those hurting wheat farmers. I recently inherited a small patch of cropland homesteaded by my great-grandfather near McCracken, Kansas, in the north-central part of the state.

I don’t farm the land myself. I rent it to Daryl North, who has farmed the land for three generations of my family.

Thanks to timely rains, we got approximately 50 bushels per acre this year, which is unusually good for that piece of ground. Yields were high throughout the Midwest and much of the rest of the world, which only added to an over-supply. 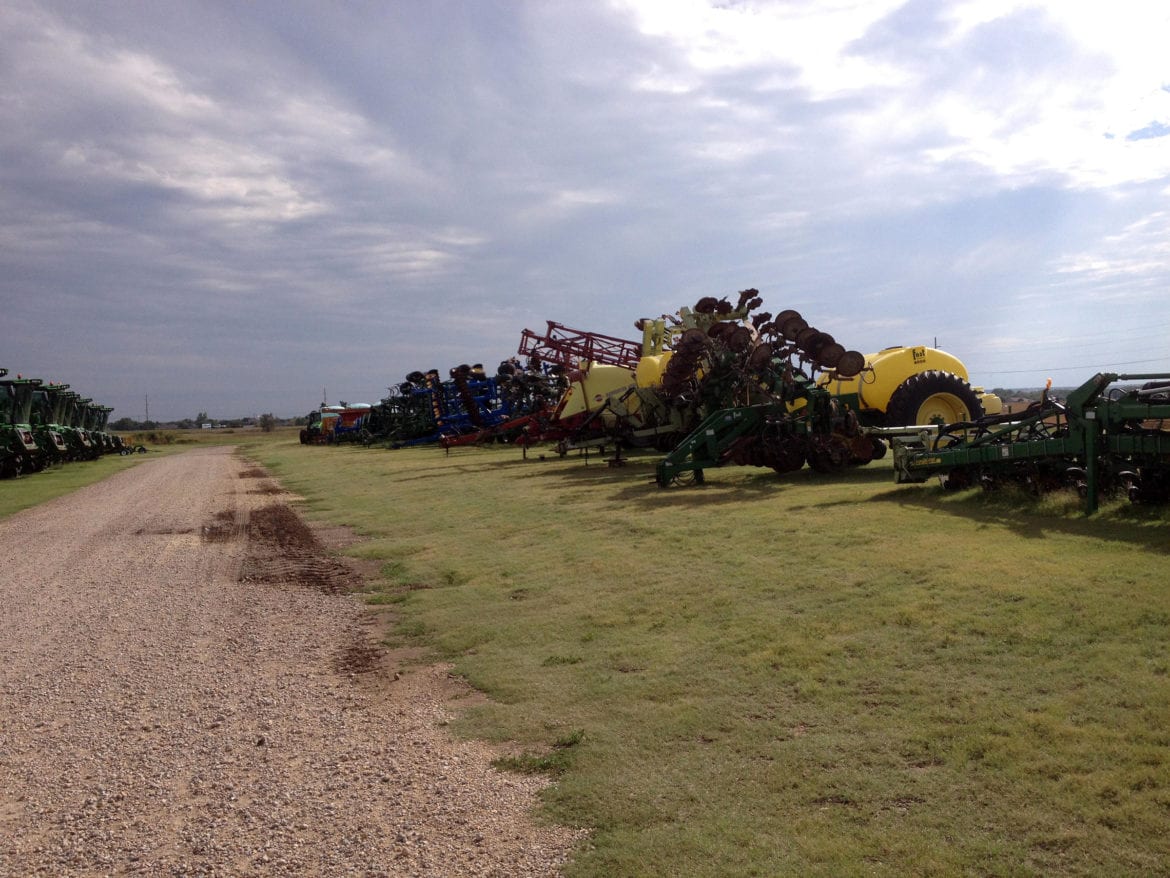 As harvest of winter wheat got underway in June in Kansas, the price of wheat began plummeting. It fell to about $2.50 per bushel by the end of August and has stayed below $3.00.

While farmers like North are grateful for the bountiful harvest, North says it takes selling a lot of grain at low prices to cover the costs of farming inputs like fuel, fertilizer and chemicals.

“You know, this price is 30 – 40 years ago prices, and of course we know what things cost then compared to today,” North says. “So that really makes it tough.”

That has many farmers re-calibrating and cutting back expenses.

“(I’m) definitely not buying any new stuff, no new machinery,” North says. “Of course, we need repairs and you just buy what you need, but you just really try to get by on what you got.”

When farmers pull back, economic effects ripple through the farm economy.

“Business is different than it was a few years ago,” says Alan Fabrizius, the corporate sales manager for Carrico Implement, a John Deere dealership with three stores in north-central Kansas. “The climate has changed, and you know we’re still finding ways to keep up the business, but it’s obviously dropped off.”

Fabrizius says his stores are sitting on a combined inventory of $25-30 million in new and used farm equipment, and he expects sales this year to be 30-40 percent lower than during what he calls the “record-busting” years of 2012-14 when wheat prices were near all-time highs. While his company has thus far been able to avoid layoffs, Fabrizius says it is shifting its current focus away from equipment sales and toward parts and service.

In the downturn in crop prices, many hear echoes of the 1980s farm crisis, but most economists don’t expect massive upheaval.

Farm debt is expected to  projected to pass $372 billion this year, according to USDA forecasts. Adjusting for inflation, that’s the most farm debt since the late 1970s, when the rural economy began to melt down. Interest rates, however, remain near historic lows, making it less expensive for farmers to take on debt. 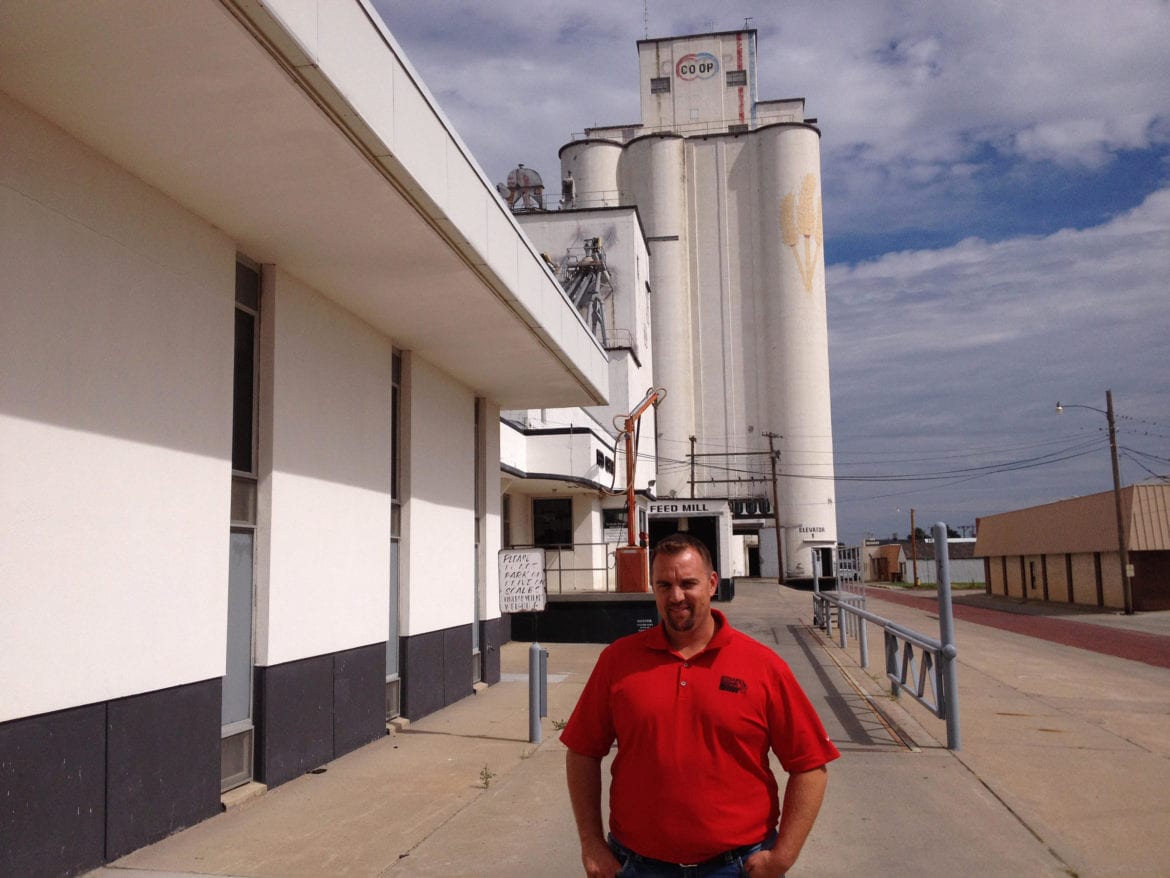 “These guys are paying almost as low an interest rate as you can,” Fabrizius says, “versus 15 or 18 percent back in the 80’s.”

Like many farmers, I’m doing my best to wait out the low prices and hope for a brighter day. My grain is in storage at Midland Marketing, a cooperative with 11 locations in north-central Kansas.

Travis Brunner, the commodities marketing manager at the co-op, is not impressed with my marketing strategy, which is to hold out until wheat gets back up to $10 per bushel, which it reached in 2008.

“I’m afraid that we won’t see $10,” Brunner says. “Everything can be trumped by world events, but today we don’t see any reason for wheat to make any major leaps towards $7 or $8.”

There are more than 2 billion bushels of wheat on the market currently, Brunner says. This year’s U.S. crop fell short of the benchmark for protein content, which makes it less desirable for milling. The strong dollar means U.S. wheat is more expensive to foreign buyers than supplies from other countries, and the U.S. hasslipped from its longtime perch as the world’s top wheat exporter.

At current prices, the only way for most farmers to turn a profit this year is to sell lots of wheat, which could keep the price low. Many farmers were, however, able to pay off significant debt when prices were higher, which may help prevent widespread farm foreclosures.