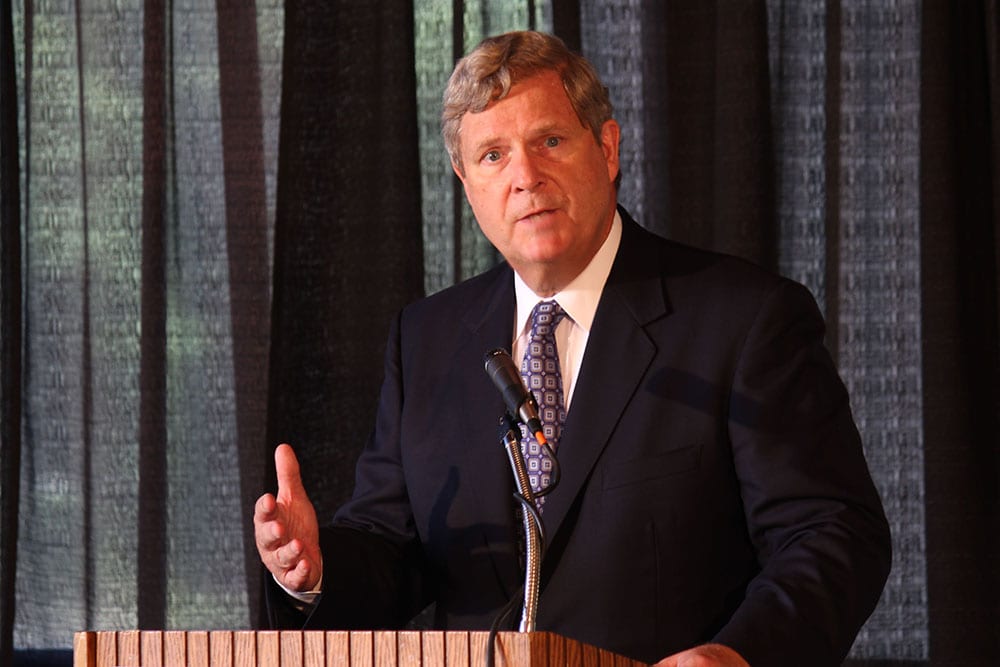 The U.S. Department of Agriculture touches Americans from the field to the cafeteria, with a bevy of programs that include subsidies for farmers and for school lunches. It also has a role in supporting rural communities more generally, with things like broadband internet, telemedicine and microloans for entrepreneurs.

It’s a diverse mandate, but it fits with the man at the top: Secretary of Agriculture Tom Vilsack, who is now the longest-serving person in that position since Orville Freeman left the post in 1969. Yet Vilsack’s urban childhood in Pittsburgh, Pa., did not portend a cabinet level position as an advocate for rural America.

“If my parents were alive today and knew I was the Secretary of Agriculture they would think that there was something seriously wrong with the country,” he said with a chuckle. “I’m not sure that they thought they were raising an Ag Secretary.”

“I practiced law in a small town and I did it in a very personal way,” Vilsack said. “A small town law practice is really about the individuals who come in through your door.”

During the farm crisis of the 1980s, Vilsack represented many area residents suffering through tough times. His years in Mt. Pleasant established in him a commitment to rural America, one that he has demonstrated as agriculture secretary.

“I’m very proud of the work that’s been done in rural development,” he said, “the ability to create a strategy for rebuilding and revitalizing the rural economy.”

Vilsack has expanded USDA’s support for non-farm programs such as subsidized home loans, micro-lending for entrepreneurs, and rural broadband. Chris Merrett, director of the Illinois Institute for Rural Affairs, says funding for rural development projects took off in the 1990s and has continued through the most recent Farm Bill.

“We’ve seen, I would say, diversification of the programs that are in that rural development set of initiatives,” Merrett said.

In a climate of budget cuts, the new Farm Bill increases rural development spending from $9 million this year to $54 million next year.

Vilsack is widely credited with rallying the support that ultimately made the 2014 farm bill one of the few major bipartisan successes in this Congress. That ability to work across party lines doesn’t surprise the folks who knew him back in small-town Iowa, where Vilsack became mayor and then a state senator before being elected governor of Iowa. 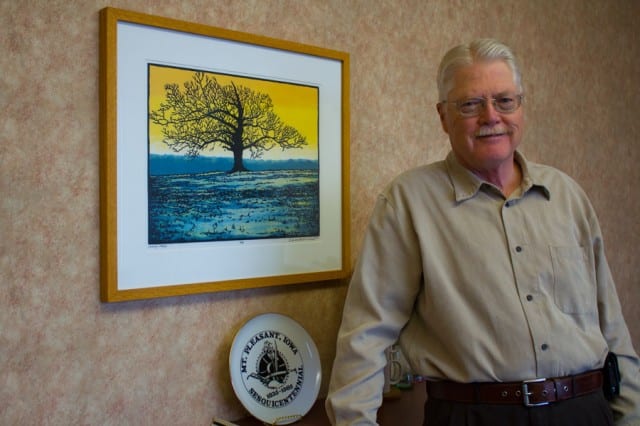 “I didn’t sit here and see when he was an attorney in Mt. Pleasant that he was going to do all of those things,” said Don Wiley, a Mt. Pleasant contractor and longtime Vilsack friend. “I would say part of my respect for him is that none of them came easily.”

Wiley says Vilsack campaigned door-to-door in his first mayoral race, something that wasn’t then the norm. Though a Democrat, he got elected in a Republican-majority community.

Paul Dennison, owner of the Mt. Pleasant radio station KILJ, is one of the many Republicans who supported him from the beginning. Dennison remembers a call from Vilsack during his first run for governor of Iowa.

“He needed some money, quite honestly, and I would have given him whatever he asked for,” Dennison said. He’s proud to see the town’s former major in Washington. “I’d rather he’d have been president, quite honestly.”

If Vilsack has leveraged his experience, and his contacts, in rural Iowa to help propel his career, it hasn’t been without a recognition of the many people who still live in Mt. Pleasant and many other small communities across the country. 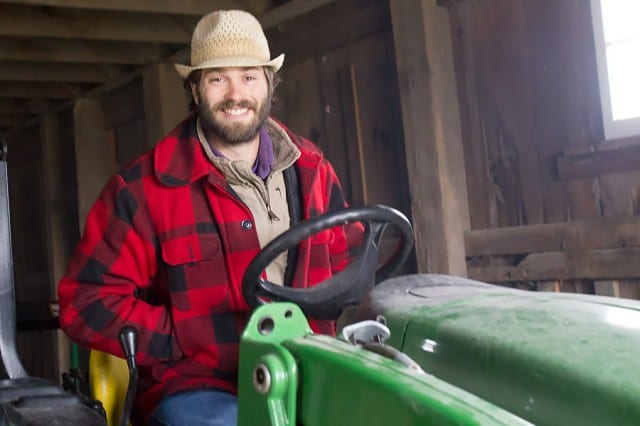 Kurt Garretson grows a wide variety of fruit on his family’s Iowa farm and sells wine and mead that he makes from his harvests. (Amy Mayer/Harvest Public Media)

In a rural part of Henry County, a short drive from Mt. Pleasant, Kurt Garretson stokes a wood stove in the farm house on one of the oldest continuously operated family farms in Iowa. USDA programs have helped him put in a new pond and also support his interest in specialty crops. Garretson primarily grows fruit, including grapes, elderberries and aronia berries, which he makes into mead and wine in his basement. Like the Vilsacks, he’s a Democrat in Republican territory.

“I ran for political office two years ago,” Garretson said, “and they donated to my campaign. I didn’t even ask them, they just did that.” Garretson says although he doesn’t know the secretary of agriculture personally, Vilsack welcomed photo shoots with the young farmer when he was in town.

“You really feel a bond and you feel a debt to the people who give you these opportunities,” Vilsack said. “And so this position gives me a chance to continue to repay that debt.”

Still, it’s a partisan job. Vilsack has faced criticism, for example, over new school nutrition requirements trumpeted by Michelle Obama. But he and Secretary of Education Arne Duncan are the only two original cabinet secretaries who’ve remained in office since the beginning of the Obama presidency. And Vilsack has now led USDA longer than any other Ag Secretary since 1969.

“When you have an historic opportunity you should relish it, you should cherish it and you should do the best you can at it,” Vilsack said.

Among his priorities for the next two years? Dedicate more attention and resources to the high number of children living in poverty in rural areas.