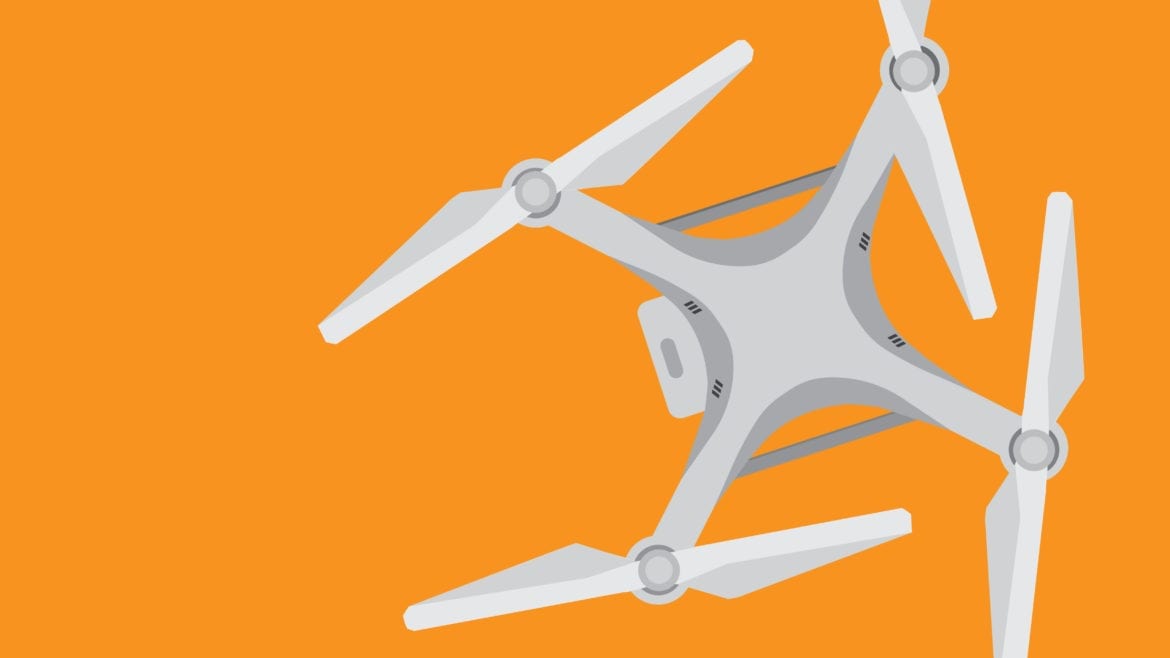 Unmanned machines may improve agricultural practices as the use of drones continues to evolve from hobby to military use and now to agriculture. Farmers have begun to use drones to inspect crops, detect diseases, and deliver chemicals. This technology is expected to increase crop yields and save growers time and money. The Association for Unmanned Vehicle Systems International predicts that 80 percent of drones in the commercial sector will be used for agriculture, according to USA Today.

In farming, drones are a part of a practice known as “precision agriculture,” which uses data to improve agricultural practices and efficiency. This technology is used alongside unmanned tractors and satellite technology to manage crops on a field-by-field basis. The use of drones has already increased yield confidence and reduced crop damage.

Aerial Imagery is the most common use for drones in agriculture. Taking inch-by-inch resolution imagery allows for precise use of chemicals and detecting issues with equipment. (Illustrations: Jesse Howe | Flatland)

Satellites were used for aerial imagery before drones, but images could be inconsistent in their clarity, turning many growers away from the technology.

Gibberella Zeae is a devastating plant disease that affects livestock. The use of thermal imaging can detect disease in livestock, allowing the grower to contain it.

In terms of working with data-driven agriculture, drones are still in their infancy. In the future, they are expected to collect more diverse and higher levels of data, including tracking individual crops and inch-by-inch resolution of soil health.

That possibility draws criticism, including privacy concerns. Currently, most regulations for drones exist in the realm of military use. Lack of commercial regulation isn’t just worrisome for those concerned with privacy, but also for growers whose drones are grounded due to no delegated airspace for drones.

However, regulations are gradually being passed. Both agriculture and real estate markets in Idaho and Arizona were permitted to fly drones in 2015. The permit requires a ground pilot and an observer, along with an FAA private pilot certificate. The FAA does not allow drones to be used for commercial operations unless operators apply for a special exemption.