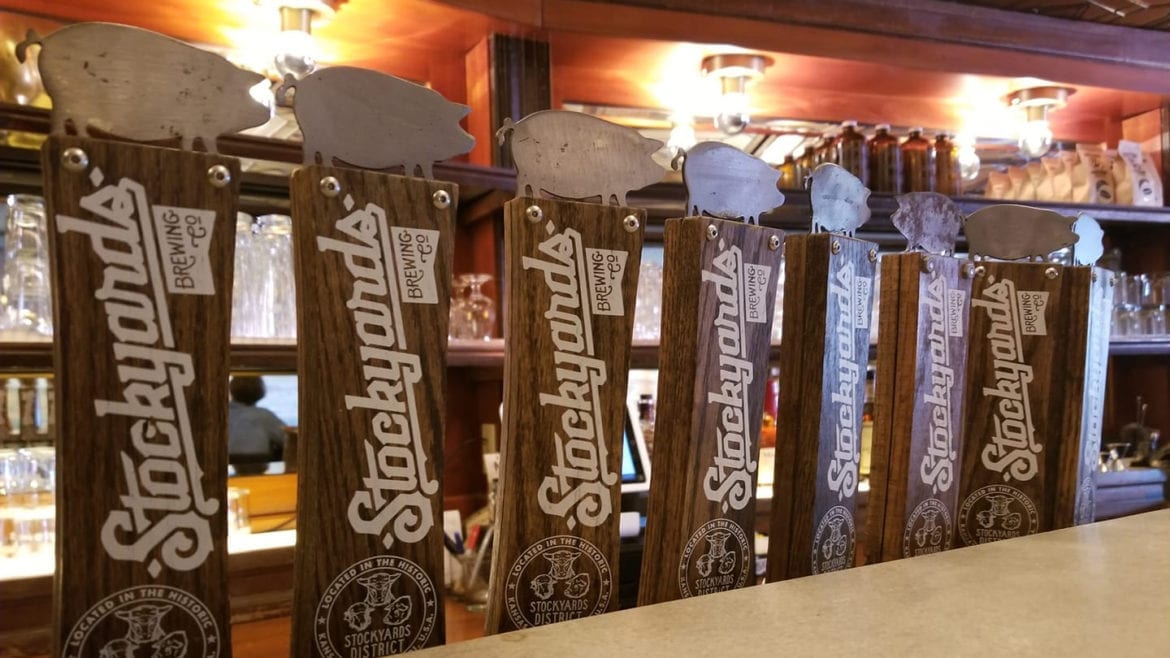 A couple of weeks ago, Tap List noted local communities that made a “best of” beer cities list. One of those cities, Overland Park, made the list largely due to its sheer density of craft beer-centric bars.

Now it’s getting another brewery.

Stockyards Brewing Co., located in Kansas City’s West Bottoms, is making plans to open a second location in Overland Park. According to the Shawnee Mission Post, the Overland Park Planning Commission has approved a special use permit.

The brewery plans on opening a 25,000-square-foot facility at 10310 Mastin St., near Skate City. The area has historically struggled to keep tenants and Stockyards hopes to change that.

The West Bottoms brewery currently has a brewhouse and offers beer on tap plus wine, cocktails and small snacks. Stockyards is looking to expand on that with an even bigger brewhouse plus a kitchen in Overland Park. The new location also would offer indoor seating, expanded outdoor seating and still offer beer, wine and cocktails.

While full details of the construction process have yet to be released, the plan is to have the new location fully operational sometime in 2022.

Red Crow Brewing Co. — 1062 W. Santa Fe St., Olathe, Kansas — has a brand new extra pale ale out on tap. Named after the first woman to be awarded the Congressional Medal of Honor, Mary uses the veteran hop blend put together by Yakima Chief Hops. A portion of the sales from this year’s blend goes to K9’s For Warriors. Mary rings in at 6% ABV and 45 IBUs.

Limitless Brewing — 9765 Widmer Road, Lenexa, Kansas — continues to roll out dark beers for stout season. Their newest release, Just Give Me A Reason, is a big 9% ABV imperial stout. You’ll get plenty of cinnamon and maple syrup flavors, making this the perfect breakfast beer.

Sandhills Brewing — 5612 Johnson Drive, Mission, Kansas — has released Red Rye IPA, which was brewed with rye malts and then finished on Spanish cedar for a unique twist on this beer style. You’ll get notes of rye and caramel in this 7.6% ABV IPA.

Grains & Taps — 10 S.W. 3rd St., Lee’s Summit, Missouri — just tapped the perfect beer for football season. Third Down Brown is a classic American brown ale aged on pecans. This results in plenty of maltiness with a nutty pecan finish. It’s only 5.5% ABV so you can drink it all game long without it knocking you out.

Smoke Brewing Co. — 209 S.E. Main St., Lee’s Summit, Missouri — is getting festive during the Mayor’s Tree Lighting ceremony. The brewery will be one of many spots around Lee’s Summit taking place in the festivities. Stop in for a beer and you may get lucky enough to see Mr. and Mrs. Claus!

Apex Aleworks — 4356 S. Noland Road, Independence, Missouri — has a unique twist on their comedy nights. Their Dad Jokes Battle night will feature multiple rounds where two contestants will face off telling one another their best dad jokes. The first one to laugh loses with the winner netting a free beer. The winner of the whole shebang will walk away with a cash prize!

Crane Brewing Co. — 6515 Railroad St., Raytown, Missouri — is bringing generosity ahead of the Thanksgiving holiday. They’ll be hosting Thankful 2B Together, a benefit to help Raytown Reap. Stop by the brewery 5 – 9 p.m. to drop off non-perishable foods, paper products, and/or personal hygiene items to help Raytown residents in need.

Outfield Beer Co. — 10953 Kaw Drive, Edwardsville, Kansas — has a night of musical fun in store for you. Join them for Music Bingo featuring all of your favorite Disney tunes. The first card is free with additional cards provided with each beer purchased.

Lawrence Beer Co. — 826 Pennsylvania St., Lawrence, Kansas — has a big beer release party on tap for you. Black Is All Colors At Once is a very limited 22-ounce bottle release. The base beer is an imperial stout, with this year’s version aged in Heaven Hill whiskey barrels for nine months. Doors open at noon, so be sure to get there early to snag a bottle before they sell out.

Lost Evenings Brewing Co. — 8625 Hauser Court, Lenexa, Kansas — is hosting a Holiday Workshop that’s sure to be a hit for the whole family. You’ll have your choice of painting ornaments or a wooden tree. Each adult ticket comes with two drinks of either beer, wine, soda or juice. They’ll also have delicious holiday treats to snack on.

Crane Brewing Co. — 6515 Railroad St., Raytown, Missouri — wants you to start your Sunday with a bit of relaxation. They’ll be hosting Sip ‘N Stretch, a morning yoga class in their brewhouse. Whether you’re new to yoga or been doing it for years, this hour-long class is for everyone. Tickets cost $15 and include one beer.

Correction: An earlier version of this story incorrectly stated that Stockyards Brewing Co. would be the first brewery in Overland Park.

One thought on “Tap List | Overland Park To Get Another Brewery”