Tap List | Many Breweries Face Closure Due to COVID-19

More Than Half at Risk if Lockdown Lasts Lasts Three Months

The spread of the coronavirus has many Americans stocking up on toilet paper, and, well you guessed it, beer. Many of us are scouring liquor stores and stocking up on our favorite beers.

Though some have noted an increase in overall liquor sales amid the COVID-19 outbreak, surveys conducted by the Brewers Association suggest that many breweries across the U.S. are at risk of closing permanently.

According to one survey, more than 90% of breweries have seen declines in on-site sales, and almost 60% have been affected by declining distributor orders. When asked about changes in production, more than 60% say that production has slowed, while more than 25% have stopped production completely.

For Bart Watson, the chief economist for the Brewers Association, “the most sobering statistic came from the question about layoffs.” More than 60% of breweries anticipate layoffs. In another survey, more than 60% of full-time and part-time workers have already been laid off.

These figures are worrisome, but they make sense given the Trump administration’s social distancing guidelines, which have now been extended until April 30. In an effort to mitigate the spread of the coronavirus, Americans have been urged to stay home, practice social distancing and leave home only for essential tasks, such as grocery shopping and trips to the pharmacy.

Given the social distancing guidelines, breweries across the U.S. have closed their taprooms and greatly reduced their distribution sales. Despite a slight increase in off-premise sales, the Brewers Association claims that breweries have seen an average drop of 91% in distributed draught and an average drop of 75% with regards to on-site sales.

In fact, many breweries fear they may close shop. About 12% of breweries believe they can only last a few weeks under current conditions, while more than 45% say they can only hold for up to three months months.

But the Brewers Association points out that the package “simply didn’t go far enough to counterbalance the economic challenges they face while being closed.” When asked which provisions would be most helpful, respondents claimed they need direct relief or, at the very least, a tax credit.

Breweries also were asked to rank policies, from high- to low-priority, that would best aid breweries over the coming month. Policies ranged from providing unemployment insurance to direct cash transfers to Americans. Responses to this question suggest that “fiscal policies that allow brewers and their workers access to cash and that slow payments out were the most important,” Watson says.

Many breweries, including those in the Kansas City area, are offering services which may help mitigate layoffs, or worse, the threat of closure.

As Emily Woodring pointed out in a comprehensive review of the region’s breweries in last week’s Tap List, local breweries are offering curbside pickup or delivery options. Some breweries such as Torn Label Brewing Co., which released Magic Magic Raspberry and Lemon Peel New England IPA earlier this month, are taking online orders for taproom pickup. 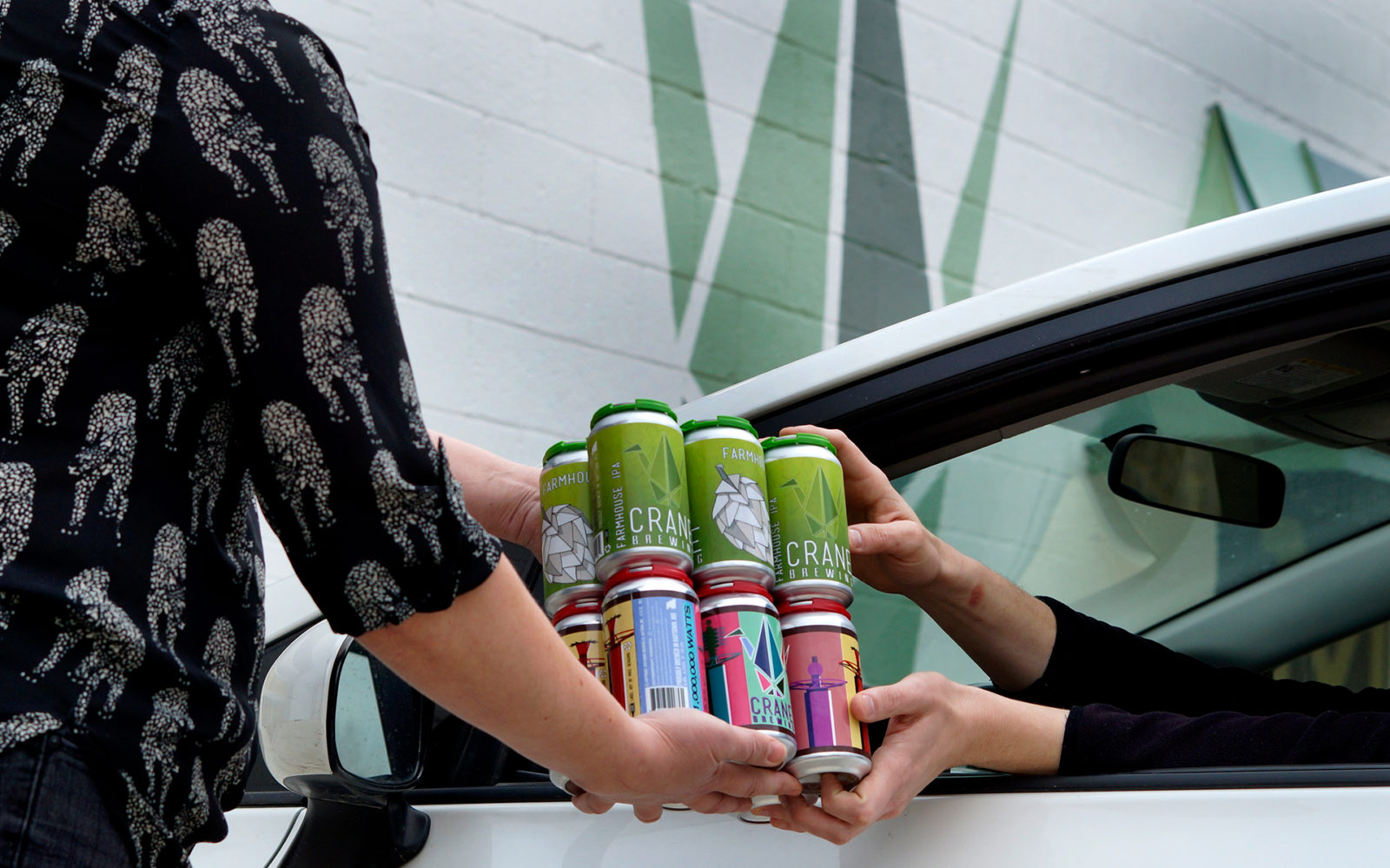 Whether stimulus provisions will be available in time to curb the threat of brewery closures is an open question. What we do know, according to the surveys above, is that breweries are already laying off workers and that current policies, though helpful, are not enough. Breweries want direct relief in order to stay open.