Since you occasionally eat in between drinking beers, this felt like a good time to visit with Bier Station’s new food menu. In addition to the beer bar’s regular fare of pretzels, wings and tacos, the Waldo spot has a hot chicken sandwich, bierocks (Heirloom Bakery brioche stuffed with beef, onion, red cabbage, and Swiss), a soup of the day and a slew of vegetarian options (a black bean burger or the Westmoreland Sandwich, a veggie and hummus creation on Grains Galore bread). Dessert could either be a chocolate peanut butter porter brownie or a cookie from McLain’s Bakery.

Martin City Brewing Co. has a new breakfast menu in its pub (500 E. 135th St.) from 8 to 11 a.m Saturday and Sunday. It’s breakfast sandwiches, a take on breakfast macaroni and cheese (a sunny side egg, bacon and pico over a four-cheese smothered pasta), steak and eggs, and a French mule mimosa (orange juice, ginger beer and Prosecco).

Since this is a beer column … a pair of Kansas breweries are in the works — Servaes Brewing Co. and Red Crow Brewing Co. — have started brewing beer in their new space. Just a note, that doesn’t mean they’re open; but it’s a big milestone on the way to pouring beer into your glass.

At Servaes Brewing Co. in Shawnee, Kansas, it’s safe to assume brewer and owner Courtney Servaes is having a good time. She’s doctoring up Empty Canvas — a cream ale — with 10 pounds of Tutti-Frutti jelly beans.

The Boulevard Tours & Rec Center has a new test beer on tap: Coffee Milk Stout, a nitro stout made with Second Best Coffee. 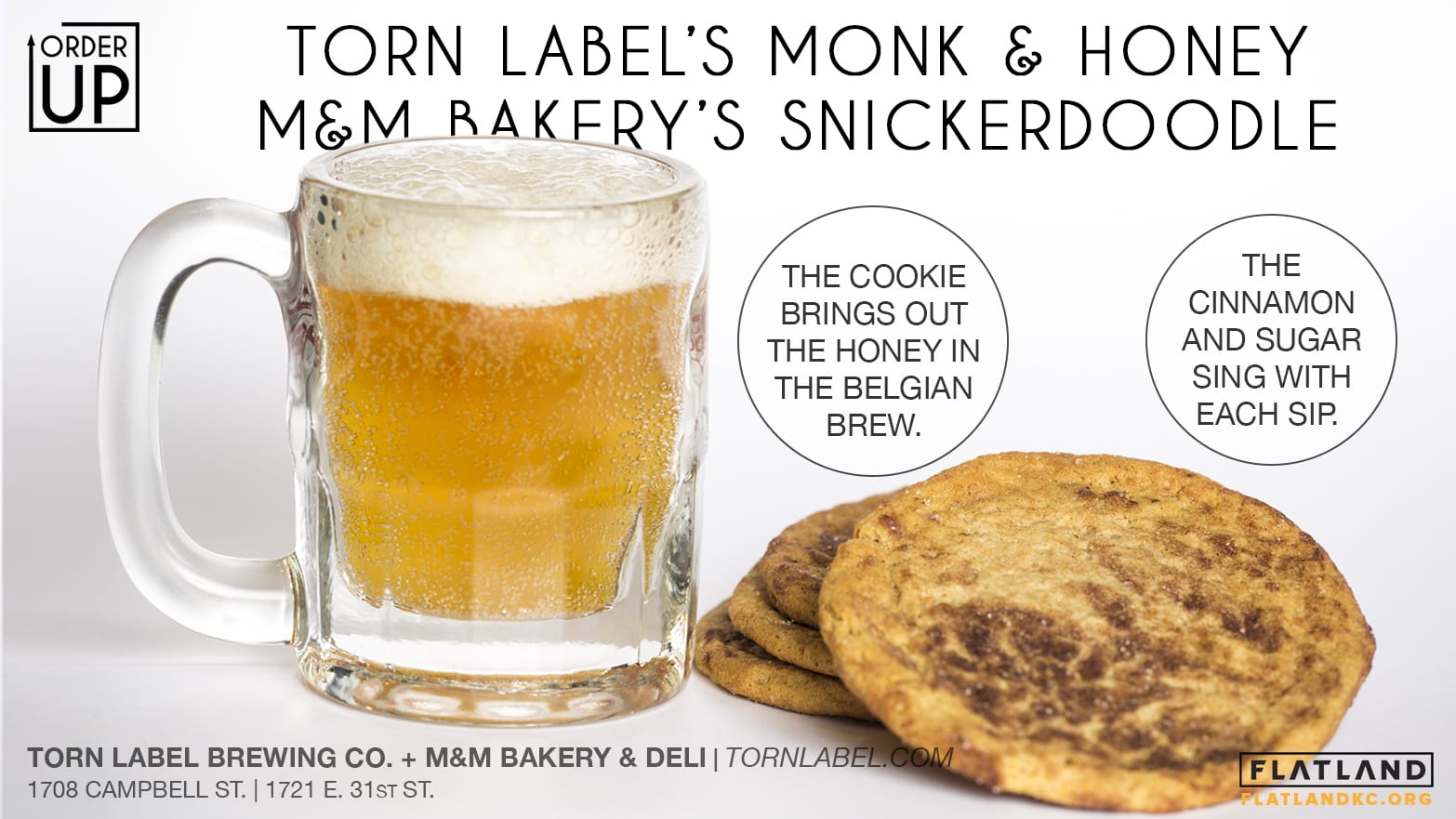 The beer universe keeps dipping into the world of cocktails for inspiration. East Forty Brewing Co. drops Strawberry Margarita Gose, a (3.9% ABV) take on Thar She Blows (a gose with strawberry and lime).

If the competitors at a world’s strongest person competition attended happy hour, they’d be at the Boulevard Tours & Rec Center from 6 to 7 p.m. Barrel-Aged Happy Hour returns with a Boilermaker Edition, which means that big boozy beers will be paired with their spirit partners. It’s a ticketed event ($25). Godspeed.

Double Shift Brewing Co. taps Nevertheless She Brewed (6.8% ABV), the beer brewed by the Kansas City chapter of the Pink Books Society earlier this month. It’s a “brut-inspired” sour that was made with lime juice, mango and passionfruit. The proceeds from sales today will be donated to the Pink Boots Society, which seeks to empower women working in the beer industry.

Tap List | Pink Boots Society Brew Day & Flyover Beer FestAnnie Davis, the cellar at Double Shift Brewing Co., isn't trying to make a statement by wearing pink boots. The founder of the local chapter of the Pink Boots Society has a simple answer for her choice of footwear on…

Bier Station welcomes Martin City Brewing Co. for happy hour from 3 to 6 p.m. The tap to try is Mr. Vacation, a barrel-aged barleywine that is a rare find.

Home brewers get to do weird and joyous things with beer. They can use expensive ingredients, take chances and play around in ways that don’t make sense for a commercial brewery. Lean into the fun from 1 to 5 p.m. at The Blarney Brew Off in the parking lot at 204 SW Market St. in Lee’s Summit, Missouri. A ticket ($35.99)  to the home brew competition with more than 100 different home brews, sponsored by Grains and Taps, comes with a tasting glass, T-shirt and bag.

Build up your core and meet the core lineup at Crane Brewing Co. The Raytown brewery hosts its fourth annual pop-up pilates class with Thrive Pilates & Movement Studio from 10 to 11 a.m. Tickets to the class are $5.

The beer universe is like kindergarten. The best kids know how to share. Limitless Brewing Co. is hosting a community bottle share from 3 to 6 p.m. The rules of beer bottle shares are simple, just bring something unique (aged for a few years or not distributed here).

An earlier version of this story had the incorrect name for Servaes Brewing Co.’s cream ale. It’s Empty Canvas, not English Canvas.