A Kansas chef with an unlikely specialty: cheesecake

(And if you're looking for the peanut butter-chocolate variety, look somewhere else.) 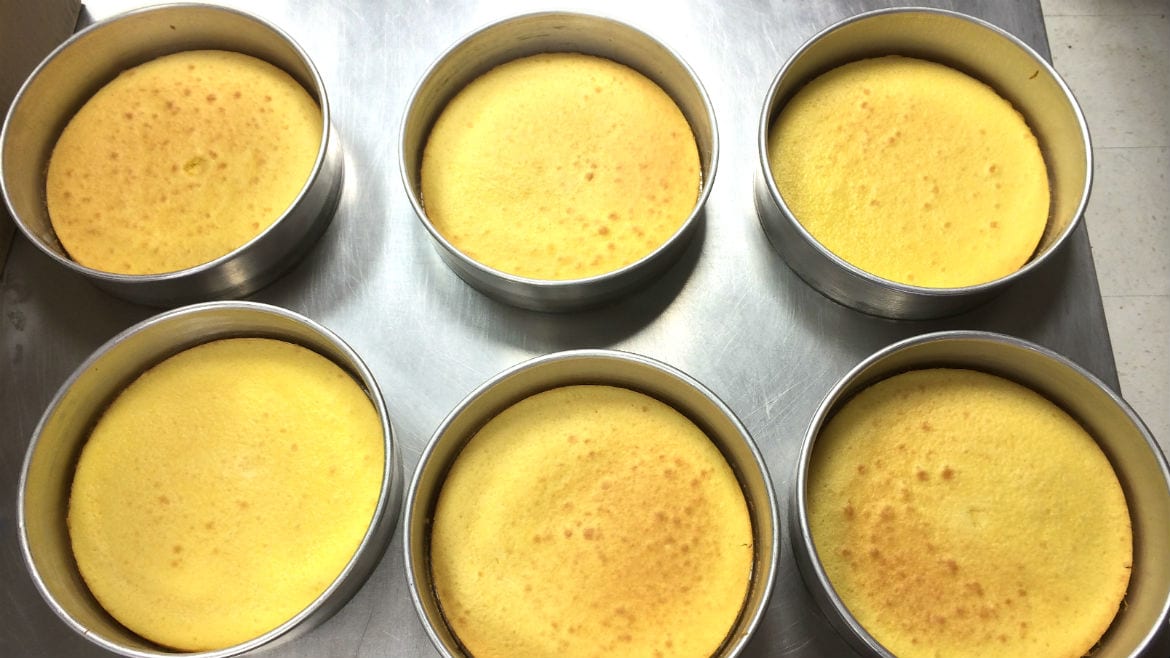 Cheesecakes fresh out of the oven during a recent Monday bake at Cowtown Cheesecake Co. (Photo: Jonathan Bender)
Share this story

“I love cheesecake,” says a middle-aged woman as she walks through the doors of the Cowtown Cheesecake Co. (133 Oak Street) in Bonner Springs, Kansas. “What flavors do you have today?”

It’s just before 2 p.m. on a Monday afternoon, and Chef Terry Mille gets up from the square table in the dining room about 15 feet from where six golden cheesecakes are cooling in the adjacent kitchen.

“Actually, we’re not open today,” Mille, 55, says politely. The woman is so focused on the cheesecakes that it takes him the better part of 15 minutes to explain that his new eatery is, indeed, closed on Sundays and Mondays.

“That keeps happening,” Mille says after the woman has left. “I’ve had folks walk in and ask me if they should turn around the closed sign on the front door for me.”

Mille’s shop opened last month on Oak Street (the epicenter of dining in Bonner Springs), a few doors down from the 16-month-old Bonner Springs Pizza Company and the Red Fortune Chinese Restaurant. The street’s storefronts have been in flux — EJ’s Coffee Shoppe and Bakery (128 Oak Street) closed earlier this month and Bottle 12, a wine bar at 111 Oak, closed in December 2014 after five years downtown.

“We’re bringing a lot of people to Bonner that have never been here before,” Mille says. “But if you put out a good enough product, it will become a destination place. I want to see if I can be just like [Jonathan] Justus up North [in Smithville].” 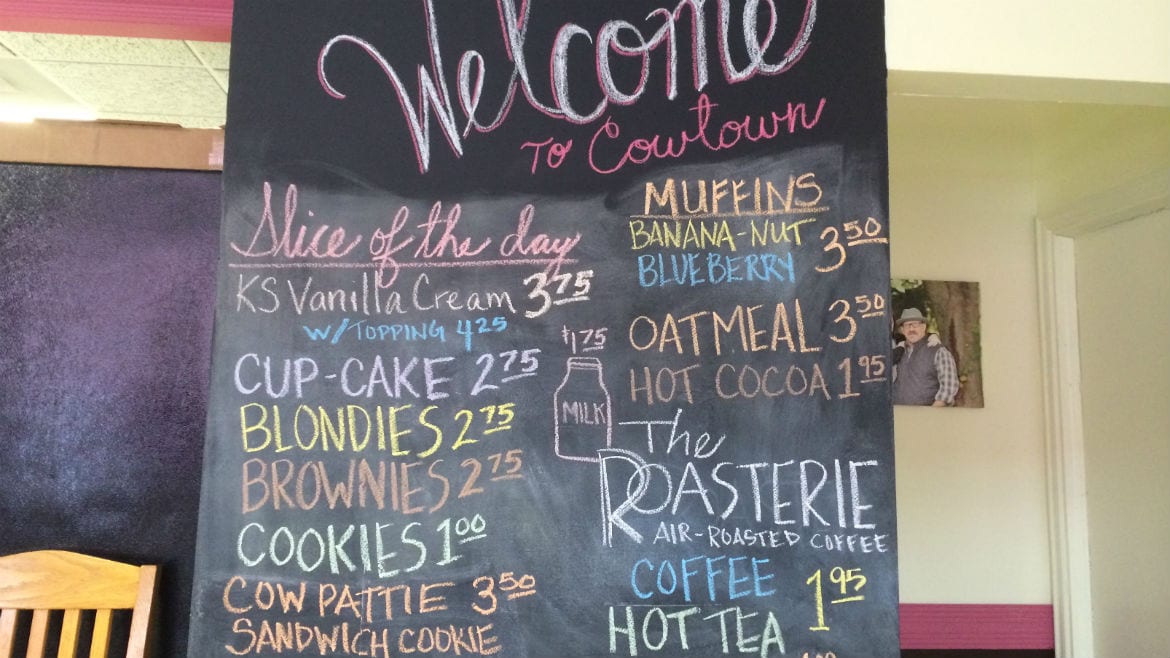 Mille’s own journey to Bonner Springs began in 2003, when his wife, Leslie Losier, wanted to move closer to family. The couple relocated from San Diego, where Mille had been working as a caterer and chef. He was hired by the Haddad Restaurant Group, who at the time provided the catering for the luxury suites and Crown Club at Kauffman Stadium.

He and Losier made a comfortable life in Kansas over the next two years. And so when he saw what was happening in New Orleans in the wake of Hurricane Katrina, he couldn’t help but volunteer with the Red Cross.

Three days after the storm hit, he arrived at Southern University in Baton Rouge, Louisiana, and found hundreds of folks primarily eating Meals Ready-to-Eat — the pre-packaged, much maligned individual meals most often consumed by the military. So, he says he started coordinating deliveries from local food producers and food banks across the country.

He remembers hours spent cooking on the front lawn of a sorority house, three huge cast iron pots brimming with crawfish and red beans and rice.

“I wanted to focus on what people were used to eating,” Mille says. “Food was comfort.”

The two months he spent in Louisiana left an indelible impression on Mille and a fleur-de-lis tattoo on his right forearm. The lure of New Orleans cuisine was so strong that he seriously considered moving there to work for noted chef John Besh.

Mille stayed in Bonner Springs, but he came back with the inspiration for what would become the Cowtown Cheesecake Co.

“The cheesecake came out of the flavors of the region — sweet potatoes and the little pralines they would sell to the tourists on the weekends,” Mille says. “I did a sweet potato cheesecake with a ginger crust and praline topping.”

Mille still uses Bruce’s Yams, made in New Iberia, Louisiana, and Steen’s Syrup (Abbeville, Louisiana), that is pure cane syrup and “thick like oil.” But he now makes his own vanilla extract by infusing Most Wanted vodka with two kinds of vanilla beans.

“With Madagasar [vanilla beans] you get this smokinesss, and with Tonga [beans], you get figs and raisins,” Mille says.

Working out of the commissary kitchen for Tippin’s Pies and over at what is now Renee Kelly’s Harvest, Mille began experimenting with different flavors and selling them online. He made a version of a pineapple upside cake, a three-layer red velvet cheesecake and his Kansas Vanilla Cream — a yellow cake crust with a bit of lemon.

“I like to keep it dense. My cheesecakes have a cake crust that goes well with the softness of the cake,” Mille says. “It’s a Kansas City-style cheesecake. It’s fattening.”

Back then he was the ‘Cheesecake King.’ The King wore black glasses and a fedora – a signature look for a brand in the making. Mille saw how Wally Amos had become synonymous with Famous Amos cookies and thought he might walk the same path. But over the past decade, his mascot has become the Katy Cow, the smiling pink-eared cow that adorns his front window.

“Kansas City is a cow town and majority of my ingredients are from a cow. It made sense,” Mille says.

While Mille thought about the face of his company, he also kept inventing new flavors (green tea, Meyer lemon) and finding uses for unusual ingredients like the freeze-dried strawberries he incorporates into his strawberry cheesecake batter.

Still, he believes there is a line between creativity and novelty.

“I won’t do a peanut butter chocolate cheesecake. That just sounds nasty, “Mille says. “And no candy bar cheesecake. I guess that’s where the chef in me starts to come out.”

The brick-and-mortar store, which opened last month, has allowed Mille to do more than just cheesecakes. He’s putting cupcakes in a cup — a layered creation of cake and frosting that looks like a pudding parfait and has cow patties: chocolate buttercream frosting between a pair of chocolate chip cookies. On Saturdays, he’s got a cronut special (the croissant-donut hybrid made famous by pastry chef Dominique Ansel), and the latest featured a bourbon barrel-aged maple syrup glaze.

In the coming weeks, Mille intends to add a breakfast menu. He’s thinking biscuits and white-pepper sausage gravy. During a guest stint in his kitchen, Magnolia’s Contemporary Southern Bistro chef and owner Shanita McAfee will be teaching him how to make proper Southern biscuits.

In the spring and late summer, he’ll also start what he’s calling the “Ten Top.” It’s an idea inspired by Craig Adcock (the owner of Jude’s Rum Cakes), who has a supper club known as “Table Ocho,” where eight diners come together for a themed dinner. At Cowtown, the meals will be served family style to 10 guests. Mille is also talking to The Roasterie about expanding his coffee program.

“I was looking in the Crossroads and all over the city. I looked at this space before, and I should have just done it here in the first place,” Mille says. “The city is overjoyed that I’m here, and it’s just a perfect match. We had 350 people at our grand opening, and I was crying. Who would have ever thunk it?” 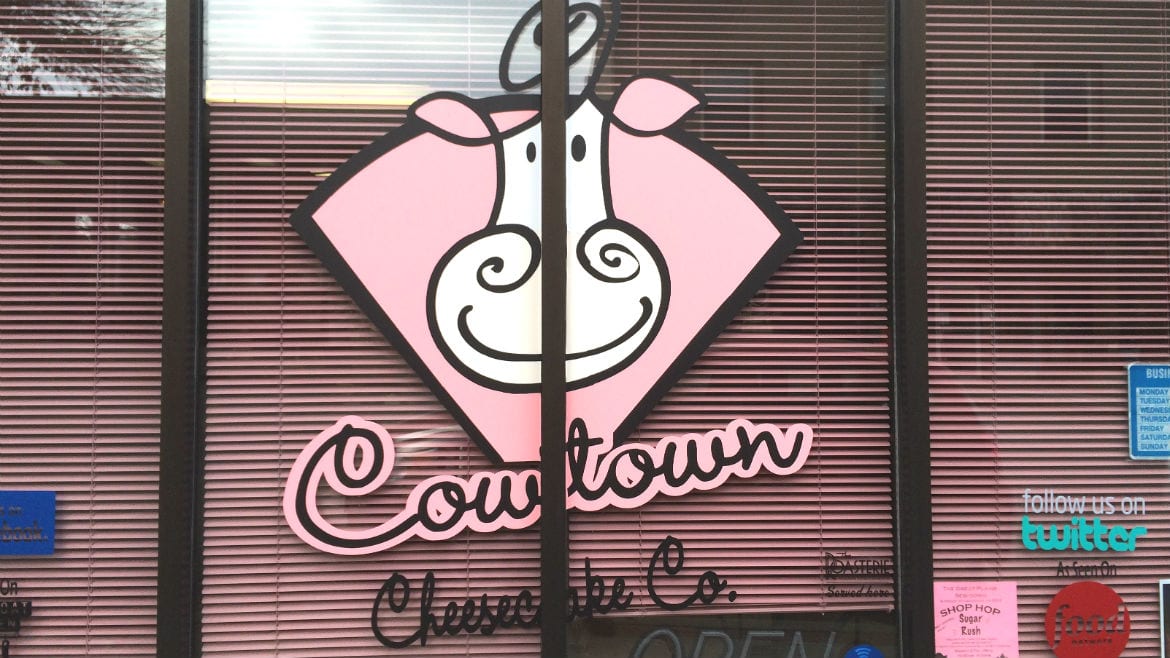