The Rise and Fall of an Overland Park Icon

You Asked And We Tracked The History of the French Market 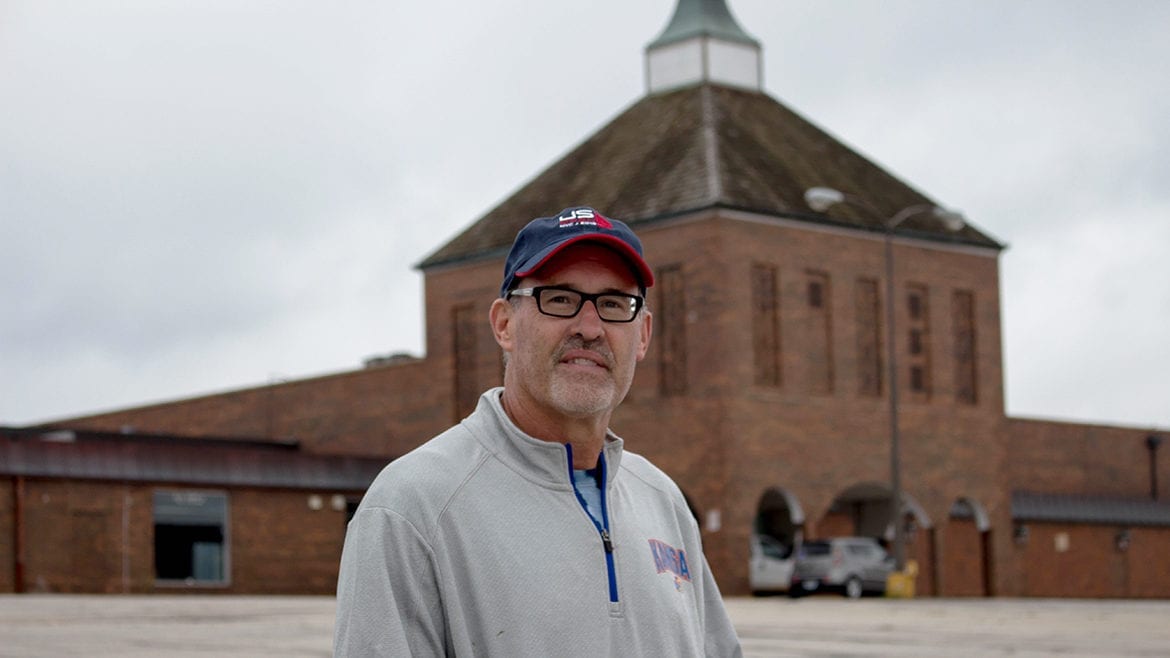 Quentin Brewer stands in front of the French Market on Sept. 15, 2018, in Overland Park, Kansas. Brewer was curious about the history of the market, a place he frequented while growing up. (Caroline Watkins | Flatland)
Share this story

Metcalf Avenue is certainly not the Champs-Élysées, but at one time, a French-themed market loomed large — like a medieval castle — above Overland Park’s main drag.

This superstore, in fact, was named the French Market, and curiousKC delved into the history of the place at the behest of Quentin Brewer, a Mission, Kansas, resident who frequented the market as a young boy with his family.

Brewer’s curiosity also stemmed from his interest in the grocery industry. The market had a supermarket, and his family owned several grocery stores in Kansas, including Brewers Market in Bonner Springs, for 50 years.

And when it came to the popular supercenter, which closed decades ago, he had some unanswered questions. How did the French Market come to be? What did the French Market provide for the Overland Park community? And what eventually happened to the neighborhood’s European-inspired superstore?

The history of the French Market began in the early 1960s. The market was owned by the management group French Market Inc., led by President and Chairman E.H. Young, who also owned the Riverside Red X, which was famous for the glass eyeballs and other eccentricities that filled the massive store in the small Platte County community.

A story in The Kansas City Star from Oct. 9, 1963, said the the board of directors included

Curiously, though, no one we found knows why Young landed on the idea of a French store. A massive store filled with lavish French decorations wasn’t exactly on-brand for a suburb on the outskirts of Kansas City.

Those who worked with Young, however, claimed that he had a method to his madness, even if the French Market closed down a few years after its opening.

“He seemed to know things and what they were going to be,” said Dale Reith, a former employee of the French Market and the Riverside Red X. “They didn’t always work because he was ahead of his time — and I think that was part of the French Market’s problem.”

“I always thought he was ahead of his time because even at Riverside, we had a gas station by our store, and he said, ‘Maybe we’ll put some milk and bread out here at the gas station so people won’t have to go in the store,’” Zeke Young said.

Zeke Young said that was before gas stations were often attached at the hip to convenience stores. E.H. Young died in 1999, and Zeke Young now runs the Red X.

Those who knew E.H. Young also said the somewhat unconventional touches in both the French Market and the Riverside Red X  reflected his somewhat larger-than-life personality — and dry sense of humor.

As one story goes, the elder Young never hid the key to the safe and left a note on his desk at the Red X every night inviting any would-be burglar to help themselves to the soda and chips near the safe “while the cops are on the way!” Legend has it the store was never robbed.

“You may travel the world…but nowhere in the universe are YOU more important than at the French Market,” read an advertisement in The Kansas City Star announcing the grand opening on Oct. 10, 1963.

The somewhat-kitchy marketing ploys didn’t stop at the print ads. The market also had an array of French symbols and road signs, allowing customers to escape from their Kansas City lifestyles, if only for a few hours.

The supercenter consisted of 60 different units, offering customers products ranging from a bakery to shoes and apparel to home furnishings and hardware. The store even had motor car service and equipment.

“Kiddieland” sat next to the French Market, and it was a place to keep children occupied while their mothers or fathers went shopping. The play area included a large slide, go-karts and other various small rides. Brewer remembers playing in this area when he was a young boy.

When the French Market first opened, it was quite the extravaganza — at least, according to the ads in The Kansas City Star from the day before.

The opening day festivities included a parachute drop, but E.H. Young had a premonition about the long-term feasibility of his market when the two parachutists landed about a mile away.

Small-business owners near Young’s development, including Suzee Oberg, were having their own concerns about the market. They wondered if the competition from a one-stop shop would put them out of business.

Oberg owned Suzee’s Fashions, a dress shop at 80th Street and Metcalf, which she had opened in 1958. But it turned out that Young’s bad vibes were good news for Oberg, who is now on the board of the Overland Park Historical Society. Her store outlasted the French Market by decades, finally closing in 2005.

“It turned out the French Market was not a threat at all, but we didn’t know that when they were first building it and when it first opened,” Oberg said. “But I was not unhappy when they went out.”

But that did not mean the market was without supporters. One of them was Marie Rohr, who recalled her experiences there during a recent visit to the Johnson County Arts & Heritage Center, which is located in the old King Louie West building, a bowling alley and entertainment center that thrived for years just to the north of the French Market.

Rohr remembered the novelty of the market as a forerunner to the mega shopping experience of today. “You’d come in and you could get fresh fish — and smell the fresh fish — and wander through and get your nuts and bolts. Or, if you wanted any kind of outdoor product, you could get that. And then, you’d end up in the clothing. It was just fun and interesting.” 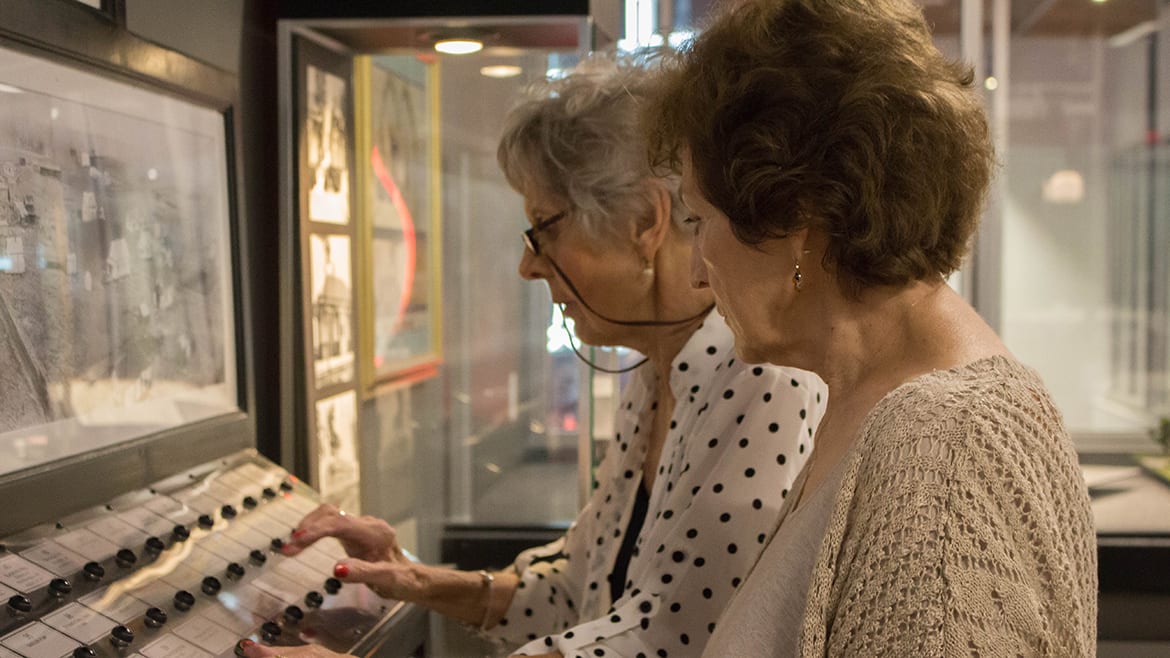 And remember the market’s commanding heights? One of the site’s unique features was its vast, sloped parking lot that often doubled as a racetrack for runaway shopping carts. Former employee Reith remembered times the carts would careen into nearby streets and cause automobile accidents.

And that steep parking lot proved too enticing for a young Brewer and his buddies, who would sometimes push carts down the hill to watch them flip into Metcalf after they flipped over the curb.

The French Market closed in 1970, with a July 6 article from that year in The Kansas City Times noting an eviction judgment that cited, among other things, failure to prevent “waste and deterioration of the premises.”

The market’s European flair eventually gave way to Americana in the form of a Kmart, but the building was empty by the time Lane4 Property Group and The Kroenke Group purchased the property in February 2014.

Since that time, development ideas for the 30-acre site have come and gone. Lane4 and The Kroenke Group sold the property to Shamrock Trading Corporation in July.

Shamrock plans to expand its corporate offices onto the site, perhaps having it completed within the next couple of years. Demolition of the old French Market has already begun. 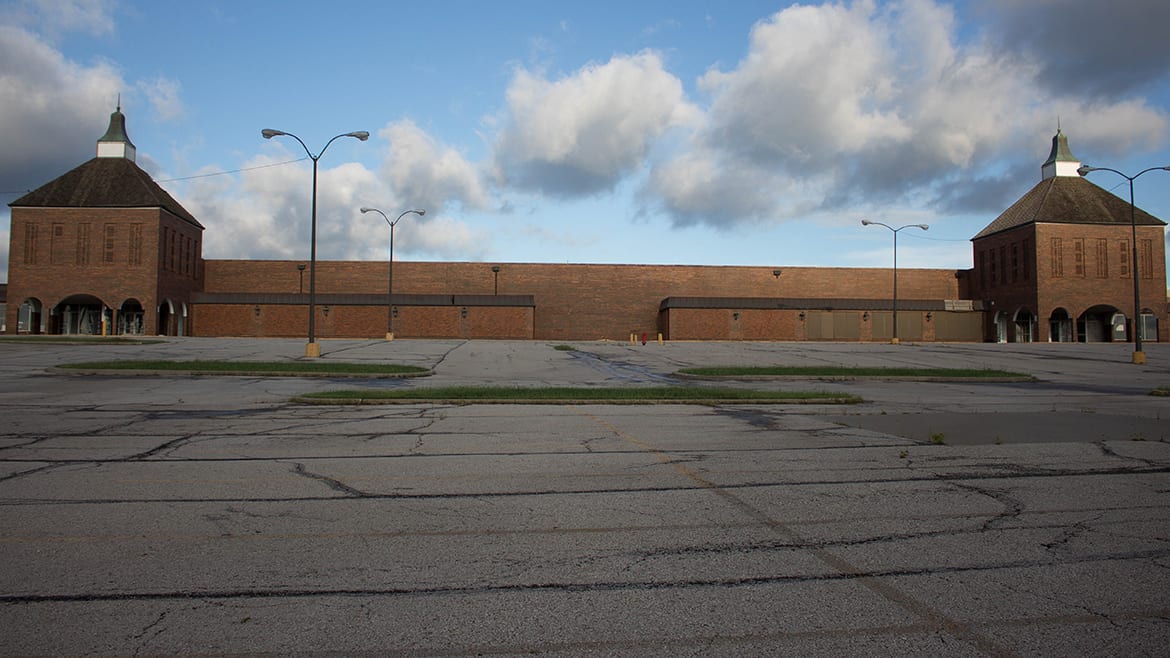 Brewer, the question asker, was happy that curiousKC was able to fill in some of the blanks for him, though he had hoped our research would find more information about the old carnival rides and the market’s eventual demise.

But for her part, Rohr couldn’t be happier with what is happening at the old French Market property and at the site of the old Metcalf South Shopping Center across the street.

“I enjoyed the French Market. I enjoyed Kmart,” she said. “But I’m glad to see them putting in something because this is a wonderful corner.”

—Caroline Watkins reported this as a student in a multimedia reporting class at the University of Missouri.

Family Historians Parse the Past With Newly Released 1950 Census Data

Cause for Celebration Among Genealogists