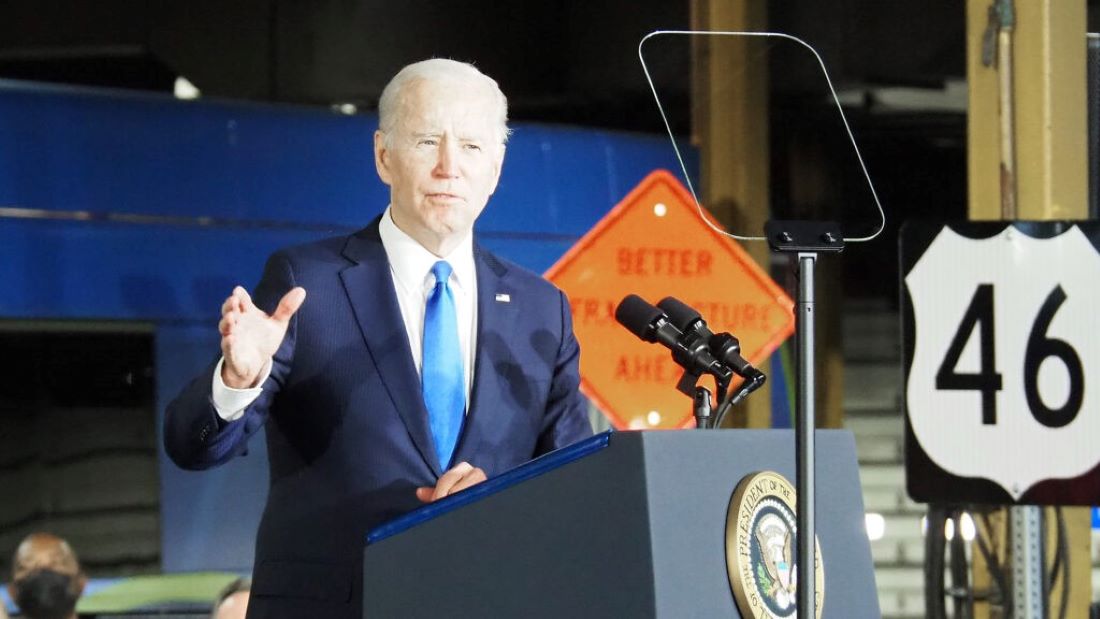 President Joe Biden recently paid a visit to Kansas City to tout the $1.2 trillion Bipartisan Infrastructure Law. Now, a curiousKC follower wants to know how local leaders are going to use the funds that will be allocated to Kansas City.

According to Kansas City Mayor Quinton Lucas, the city will be looking at everything from fixing broken curbs on neighborhood streets to building bridges and re-imagining our highways.

While there are big ticket items on the city’s wish list, Lucas says he’s most excited about the projects that won’t likely get a news release.

“This actually just means that we have an opportunity for our city to spend money on true local and hyper-local types of infrastructure needs,” Lucas said. “The sidewalk in your neighborhood, the curb that needs to be fixed. Those are the sorts of things that I’m very excited about.”

More of the mayor’s priorities include an east-west streetcar expansion to bridge the Troost divide, bridge repairs throughout the city, and creating one of the nation’s largest solar installations at Kansas City International Airport.

The local office of the Environmental Protection Agency is also buzzing over the $220 million going toward water infrastructure in Kansas and Missouri in 2022.

“It’s the single largest investment in water and wastewater infrastructure in the history of the agency,” said Jeffery Robichaud, the EPA Region 7 water director.

This national study found that children in Missouri and Kansas had blood lead levels that were significantly above the national average.

Many communities, both rural and urban, have gone decades without water infrastructure updates. Starting this year, communities will start seeing safer drinking water coming through the faucet.

According to Mid-America Regional Council Director of Transportation and Environment Ron Achelpohl, significant changes are also on the horizon for transportation in the Kansas City area, though the “details aren’t all worked out yet.”

“The Kansas City Area Transportation Authority is looking at expanding their zero emissions fleet of transit vehicles,” he said.

Achelpohl also is eyeing major changes to Interstate 70. He’s taking into consideration the findings from a study called Beyond the Loop.

“It identified a number of strategies that ranged from potentially realigning the freeway lanes through downtown to converting it to a boulevard,” he said.

It set out to pinpoint ways to improve the downtown loop and its surrounding highways and bridges. In the coming years, Kansas Citians could see anything from more bike lanes and public transit to the rerouting and removal of stretches of highways.

In the infrastructure bill, there is money set aside for addressing inequity in infrastructure. Local leaders say that U.S. 71 (now known as Bruce R. Watkins Drive in Kansas City) could be a contender for some of these funds.

It’s no secret that the highway that created convenient downtown access for Kansas City’s suburbanites came at the cost of Black neighborhoods.

The neighborhoods displaced for the creation of Kansas City’s highways were disproportionately Black. More than 10,000 people were displaced from the construction of U.S. 71 alone.

“My mom grew up in neighborhoods that were demolished by 71,” Lucas said. “It is really a travesty in many ways in terms of what it meant for many communities.”

Those neighborhoods likely will never fully regain what they lost, but talks about how to stimulate those areas are beginning. One proposal from Lucas is to look to Truman Marketplace in Grandview as an example of how to develop commercial areas off of the highway.

“I think we have communities that have been underinvested in for generations. I’m excited about righting the wrongs of our past,” Lucas said. “I’m excited about helping rebuild neighborhoods. One like my family knew in the fifties and the sixties that no longer exists.”