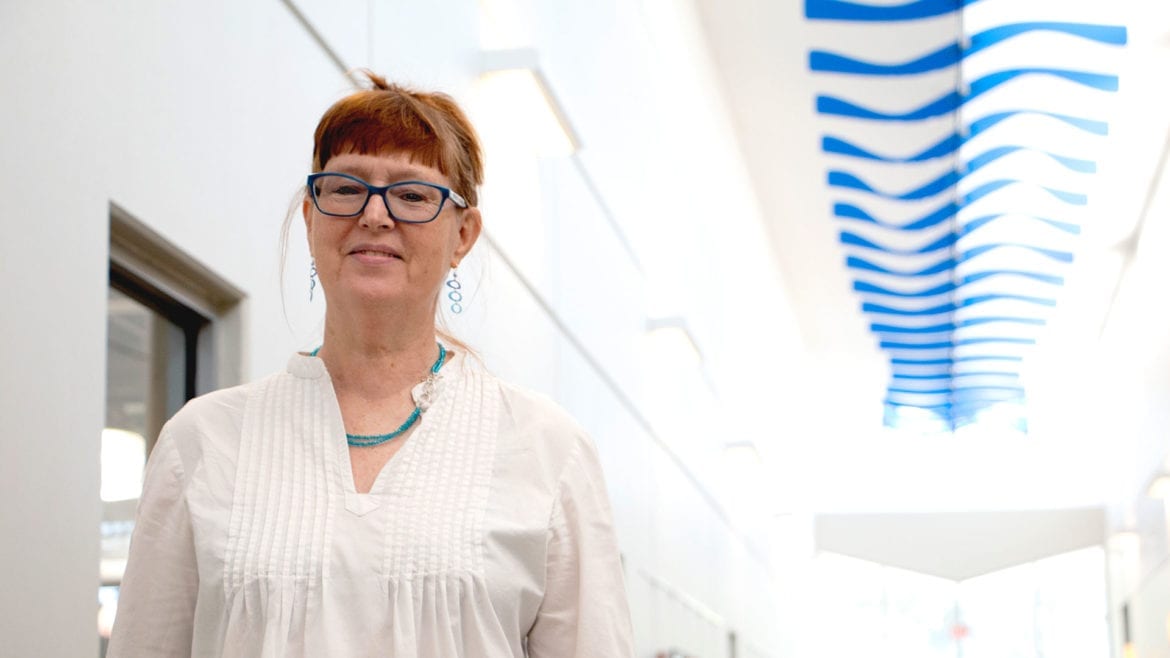 Julia Cole didn’t waste time on the sidewalk. She marched straight up a grassy hill in south Kansas City, Missouri, and pointed to an S-shaped rain garden.

To her, the rain garden at the Southeast Community Center is a perfect example of the way imagination and purpose can work in tandem because it is pretty and prevents erosion.

Cole is an artist, and with her work partner, Leigh Rosser, she has created pieces that illustrate how the landscape impacts Kansas City communities — and vice versa. Their kinetic sculpture inside the community center, titled “Ripple Effect,” demonstrates the impact of even one person by activating when a visitor walks beneath it.

Raised in southeast England, Cole attended college on the West Coast until she moved to Kansas City 14 years ago for a job at the Kansas City Art Institute. Today she is the grants coordinator at Charlotte Street Foundation, which works to spur innovation and collaboration among local artists.

It’s this mix of art and activism that prompted Cole to contemplate the drab housing she sees in low-income parts of the city. Ugly homes strip people of their dignity, she said.

So, when curiousKC sought out questions Kansas Citians had about Tuesday’s mayoral race, she wondered whether there was any interest in appointing a task force “to design, prototype and build innovative, simple and beautiful housing for the poorest in our city?” 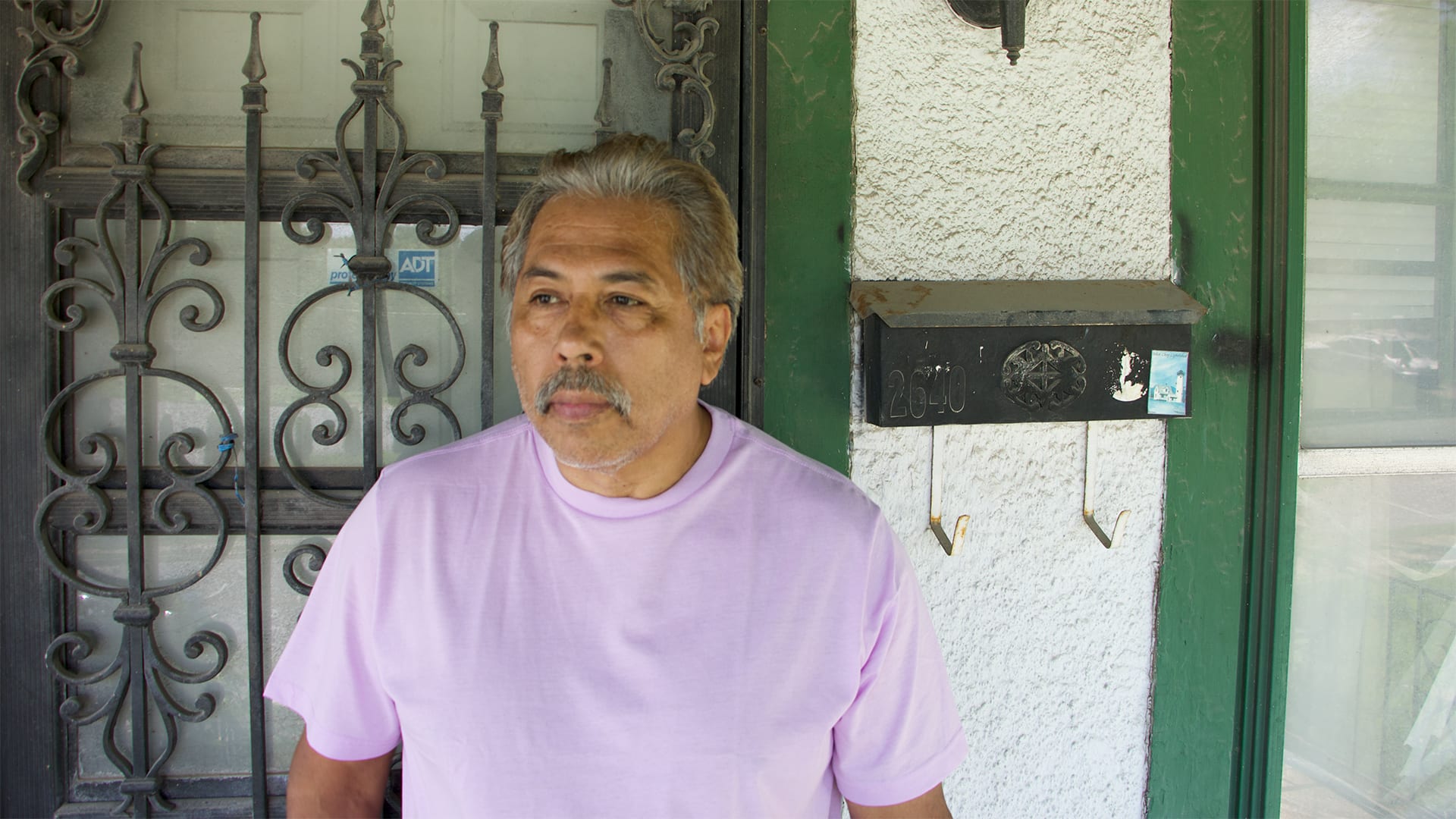 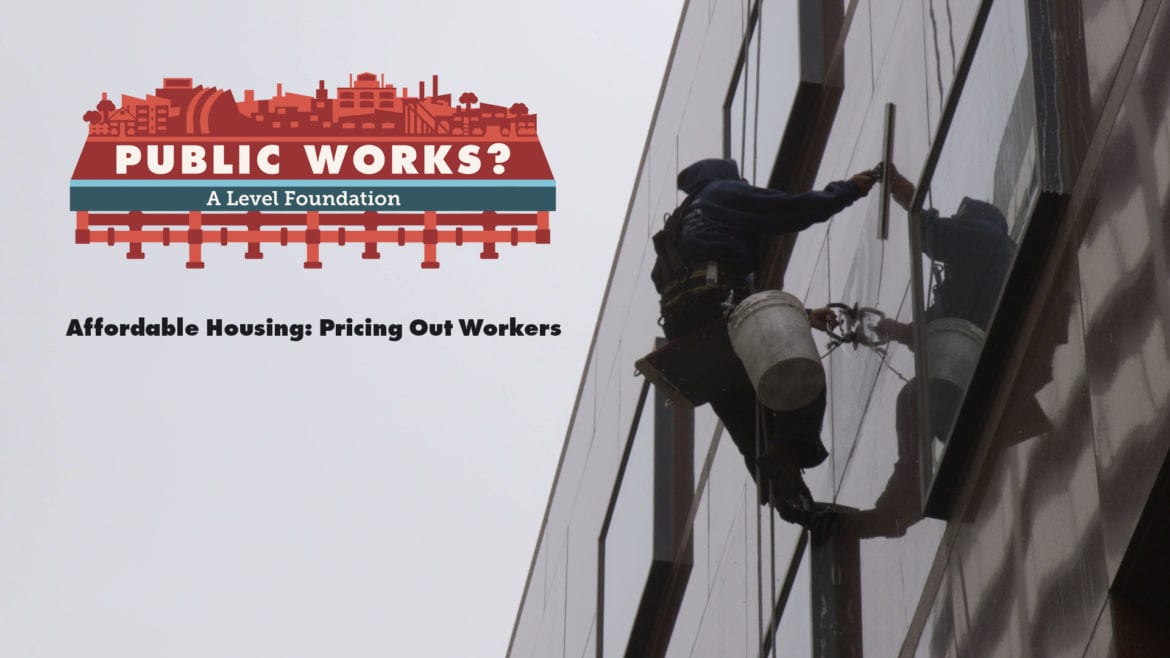 Affordable Housing: Pricing Out Workers If working two full-time jobs isn’t enough to make rent in the city, Kimberly Lawson wants to know what is enough. This video, part of a larger project from Kansas City PBS and Flatland looking at gentrification, affordable housing, and…

Urban planning expert Clara Irazábal-Zurita doubted the need for a task force. It’s time for action from politicians and government leaders, she said.

Irazábal-Zurita is a professor of urban planning and the director of the Latinx and Latin American Studies Program at the University of Missouri-Kansas City. Her academic work has surveyed how urban planning and housing affect different groups, such as the LGBTQ community and people of color.

“We have to think of housing in more than just the terms of ‘shelters’ or ‘physical shelter,’” Irazábal-Zurita said. To her, quality housing is a basic human right.

But that brings up another issue: How do you provide those accommodations at prices that low-income people can afford, especially when you factor in transportation costs, utilities and other expenses on top of rent?

One woman who responded to a Flatland query on Reddit, said she and her husband have lived in less-than-desirable homes around the metropolitan area, even though they have cut corners by doing their own home improvements and owning only one car.

Even when they bought a house south of their old Midtown neighborhood, they still could not afford a home large enough for their kids to have their own rooms.

Help Is On The Way?

Stephanie Boyer, CEO of reStart – a Kansas City-based nonprofit agency that helps curb homelessness in the city – is one local official working on the affordability problem.

She’s working with a developer to build more “cottage houses,” which Kansas City codes define as a collection of four to 12 cottages that are no larger than 1,200 square feet.

They not only provide a place to call home, but they also create a neighborhood and sense of community, she said.

“Kansas City has to get real about affordable housing,” Boyer said.

The Department of Housing and Urban Development has been taking steps to create design-focused affordable housing developments. One example is HUD’s Innovation in Affordable Housing Student Design and Planning Competitions.

On a local level, Kansas City Councilman Quinton Lucas is leading an affordable housing task force. He admitted that design and aesthetics have been left out of the conversation.

“We don’t talk to artists enough for, particularly, the black community,” Lucas said. “We’re actually not engaging our most creative folks. We could do a much better job of that.”

But it’s not easy to balance construction costs with design-friendly housing for a low-income population, said David Dowell of el dorado, a design and architecture firm in Kansas City, Missouri.

His company has – at times – reduced its fees and donated time for certain projects around Kansas City. And when he and his team work on affordable housing, they make it the same way they’d make it for themselves: dignified.

It’s a balancing act, he said, between being charitable and being sustainable. For the people of Kansas City, it’s a different balancing act. And it can affect more than physical well-being.

“Housing is very critical for a person’s self-realization and sense of self and sense of confidence,” Irazabal-Zurita said.

“(A home) helps people project themselves and realize themselves through access to better jobs, to sanitation, to health services and everything else that the city should be providing.”

Indeed, the Urban Institute has found a correlation between unaffordability, poor quality homes and health. The institute said that subpar housing can lead to depression and a host of other health issues.

“That’s why I talk about beauty – because we are complex beings,” Cole said.

A home should be the heart of one’s world, she explained. “It’s where we rest at night and where we leave from in the morning.”