How Gus Saved My Job 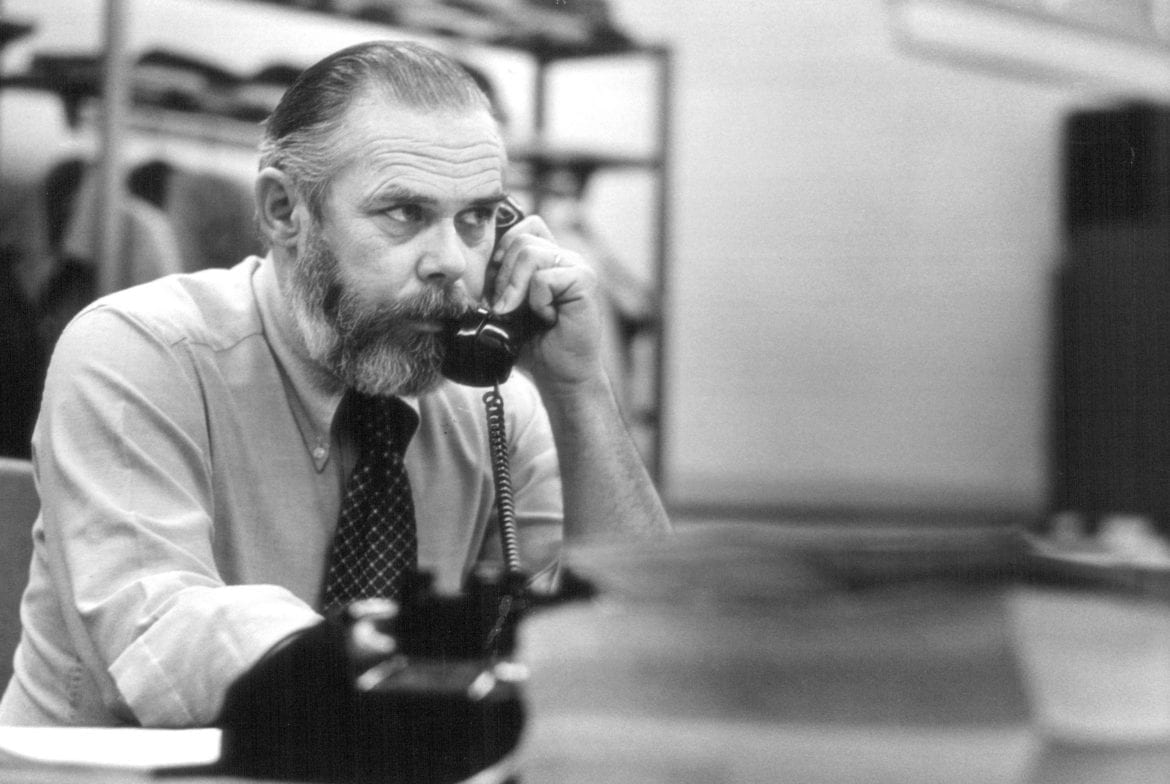 This is how I remember him: C.W. Gusewelle on the phone in The Kansas City Star's newsroom. Undated. (Courtesy The Star)
Share this story

It was early in my career at The Kansas City Star, really early, and I was in dire straits. I needed help. Lots of it.

I was a newly-minted labor reporter at the newspaper, and my stern and demanding editors had sent me on one of my first out-of-town reporting trips — to Kentucky and West Virginia to cover the 1974 coal field strike.

I trekked through the backwoods of both states, navigating treacherous switchbacks and leery union members. I had spent many hours in the homes of jittery coal miners – men who lived paycheck-to-paycheck — and who were about to walk off their jobs.

I had filled at least five reporter’s notebooks with every observation I had made; every quote I was able to elicit.

And I was utterly lost.

I had no idea where to begin or end. I had not the slightest clue how to organize it all. I was scared spitless and convinced that the editors would soon show me the door.

Like a miner caught in a cave-in, well sort of, the air was giving out as deadline approached and I had nowhere to turn. And that’s when I summoned the courage to approach the one person in the newsroom I knew could help me, if he chose to.

That was Mr. C.W. Gusewelle.

Gusewelle was ensconced behind a massive wooden desk on the south wall – the “Power Wall” of The Star’s massive newsroom. He was surrounded by piles of documents, pounding away on his typewriter.

By then, and long before, he was a legend at The Star; the closest thing to the Hemingway we had once claimed – briefly – as a cops and hospital reporter. Gus’ writing seemed effortless, studded with narrative gems. He was a massive talent who took on complex topics with grace and aplomb.

I approached him warily, asked for a minute of his time and laid out my plight. I began to plead, but he stopped me. He took pity on me. He calmed me. He took me by the hand, more or less, and walked me through how to organize what would eventually become a two-part series – the only multi-part piece I had done.

Gusewelle died Tuesday. Soon after hearing the news I went to The Star’s massive third floor morgue and found that coal field strike piece, or part of it. All that remains, apparently, is Part 2. And it reads so much like vintage Gusewelle that I can’t imagine he didn’t write big parts of it for me.

“Harlan County, Kentucky – The old men of Appalachia’s gray little coal town squat on pliant haunches outside the grease-spotted windows  of little cafes, counting the idle hours by the wood shavings that fall beneath razor-sharp knives…”

Ok, not nearly as good as vintage Guswelle, but good enough to allow me to keep my job in the newspaper business, for that year, and for nearly 40 more years after that.

Thanks Gus. Thanks for saving a career that I wouldn’t trade for anything.

— Mike McGraw is a Special Projects Reporter for KCPT’s digital magazine, Flatland. He retired from The Star in 2014. Follow his stories online at FlatlandKC.org and @FlatlandKC.