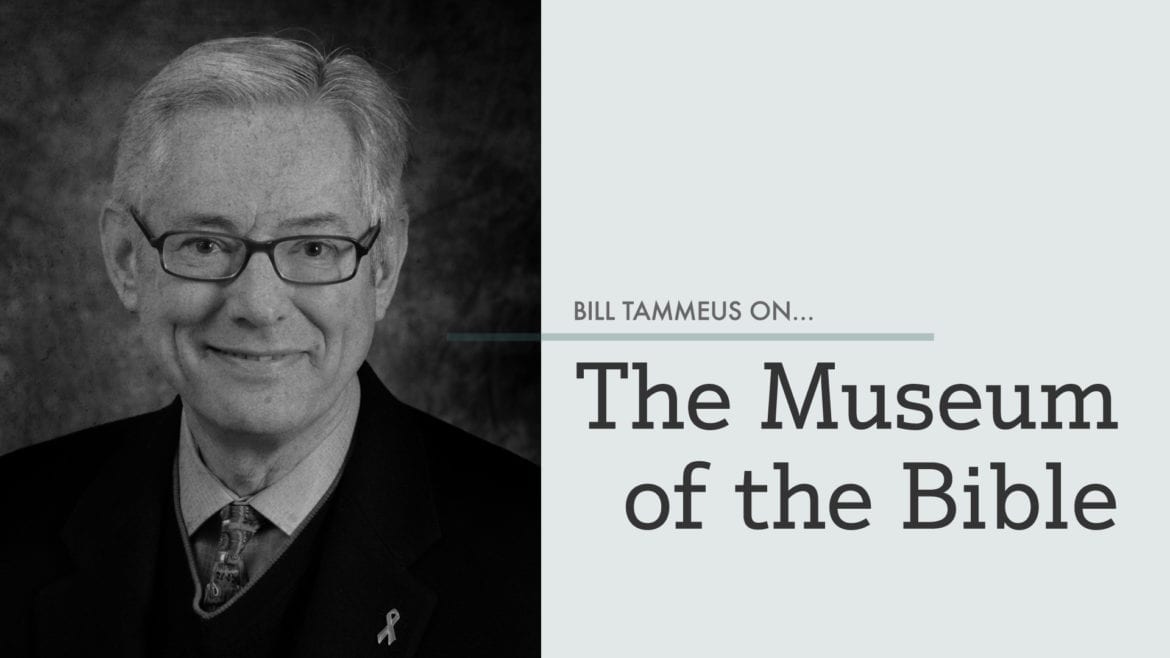 To enter the huge new Museum of the Bible when it opens this fall just off the National Mall in Washington, D.C., you’ll have to go through Kansas City.

Not literally, but almost. That’s because the amazing 40-foot-tall bronze doors — a replica of the bed of Johannes Gutenberg’s press from which he printed the first mass-produced Bible in the world in the 1450s — are being milled and brought to life by skilled artisans at the A. Zahner Company near Ninth Street and The Paseo.

Zahner is internationally renowned for its architectural metalwork, and that reputation is also what added another local dimension to the project. Its development director, Tim Smith, is from here, too. He’s working with a staff out of an office at 47th Street and Rainbow Boulevard in Kansas City, Kansas, raising hundreds of millions of dollars for the eight-story, 430,000-square-foot museum.

But first, about the doors: At the large Zahner facility recently, I stood next to several panels with ornate Latin lettering. They will be part of a finished product that reproduces the first page of Genesis, and I asked the artist, Larry Kirkland  of Washington, D.C., to explain what he designed.

“This is the printing bed that Gutenberg invented, which was one of the 10 most important technological advances of all time.” he said. The large letters milled out of a bronze base appear backward because, on a real flatbed press, they’d be inked and then either paper or vellum would be pressed down on them so they’d print right-side up. 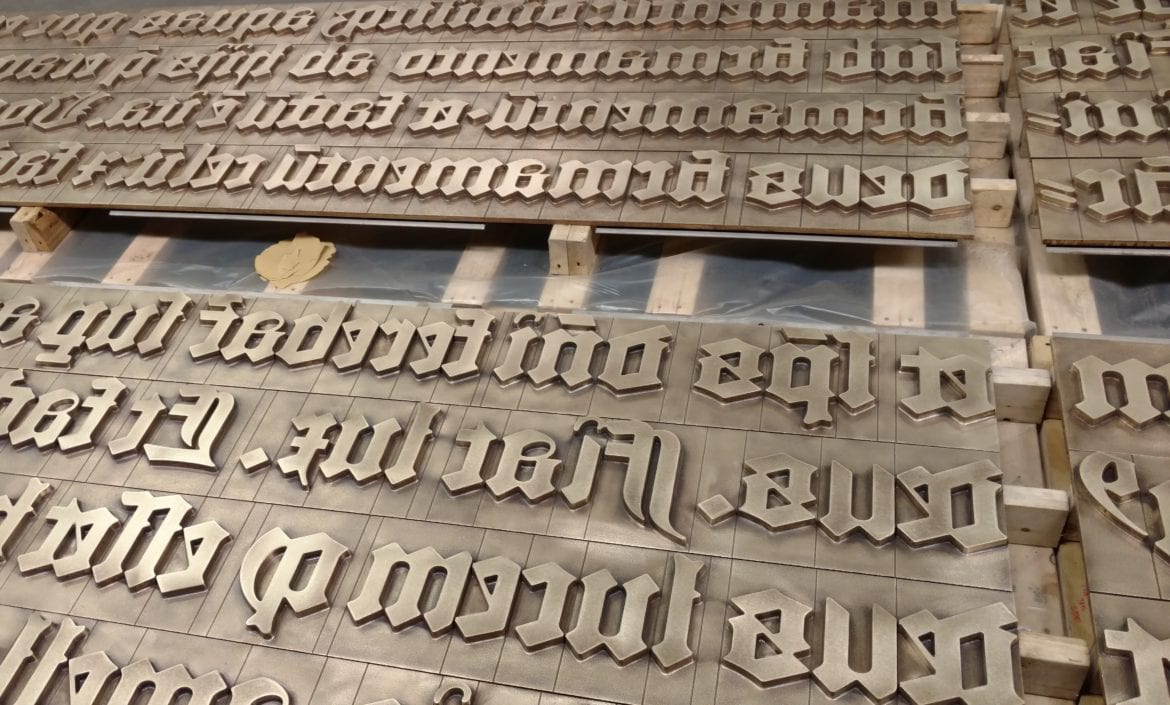 For the first book printed in this way, Kirkland speculated that Gutenberg chose the Bible for economic reasons. At the time, he said, there was not much of a middle class.

“You had the super wealthy and you had the poor. The poor didn’t read. The super wealthy read, but their Bibles and all of their other books were handmade,” he said. “Within a decade of (Gutenberg’s) press, this technology had spread to Italy, Holland and Germany.”

By the time Martin Luther inadvertently started the Protestant Reformation in 1517 in Germany, he was able to use such presses to scattershot his message of church reform.

Kirkland said the doors contain a “religious message, but it’s also the human message of innovation, creativity and technology, and what that did to disseminate the Bible and the ability to learn. In some ways that’s what thrills me the most.”

Between the bronze doors, the entrance will have glass doors on which will be printed the 19th Psalm in ancient Greek, replicated from what’s called the Bodmer Papyri, discovered in Egypt in 1952 and named after Martin Bodmer, who bought them.

The whole effect should be breathtaking.

“The thing we don’t do is try to proselytize. We don’t really care what you believe about the Bible.” — Tim Smith, development director

I asked Kirkland how he hoped people entering the museum would react: “I’d like their reaction to be, ‘What is this?’ And ‘I don’t recognize these letters here because they look backward. So what’s this really all about?’ There’s a deeper story here than something that’s just decorative. I think it’s a discoverable moment and a teachable moment.”

The people behind the museum hope for a similar reaction to the opportunity to learn about the Bible and its history.

“We want people of all faiths and people of no faith to engage with the Bible,” said Smith, who since April 2014 has created an e-mail list of nearly 500,000 and raised $600 million, including the original $500 million from Steve Green, museum founder and board chairman and president of Hobby Lobby.

He added, “The thing we don’t do is try to proselytize. We don’t really care what you believe about the Bible. We just want you to engage with the book and figure it out for yourself.”

It would be understandable for people who know of Green’s own Pentecostal Christian theology to suspect that the museum would reflect that, similar to how the Creation Museum in Kentucky reflects a literalistic Christian fundamentalism. But Smith insists that Green has purposefully set aside his own religious agenda to work with Jews, Catholics and others to create a learning environment that will welcome all.

If, in fact, this museum becomes a reliable source of scholarly biblical information, it will help educate an American public that in many ways is biblically and theologically illiterate, despite Americans’ reputation as being quite religious. Religious literacy after all, is exactly what’s needed in a nation where adherents of many faith traditions (and none) work and live together. And it begins with Kansas City-made doors.

Clarification: This story has been revised to better reflect the amount of money already raised for the museum.