A ‘Miraculous’ Local Play Poised to Reach a Wider Audience 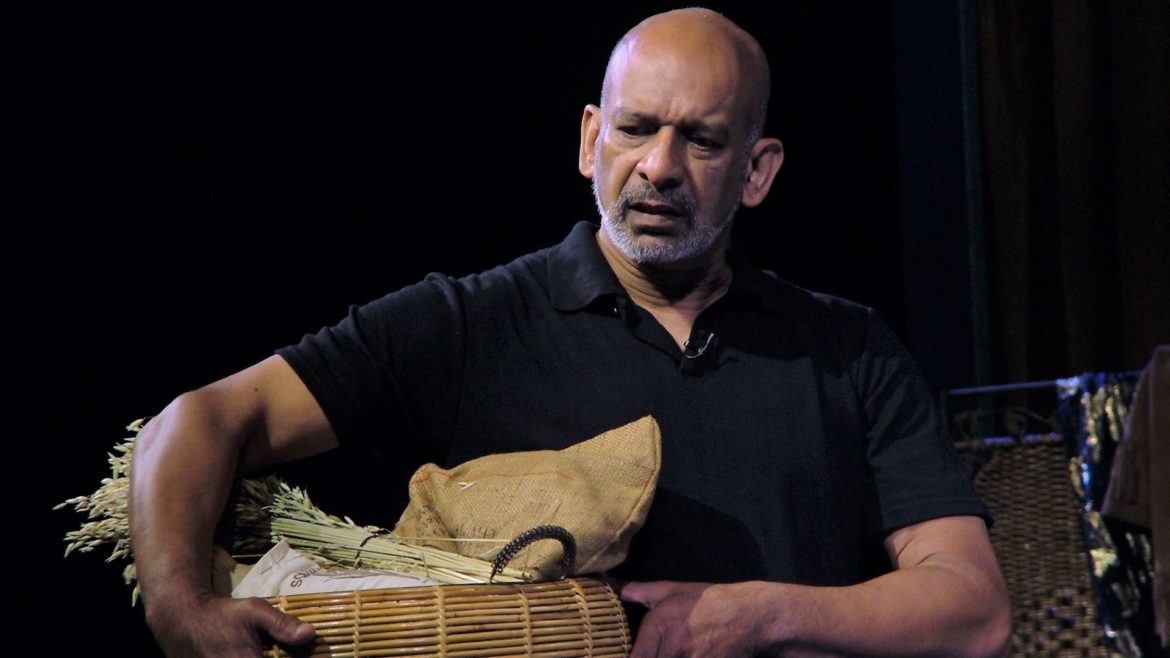 Roshan Paiva, a Catholic native of Sri Lanka, often took the role of the Hindu in the “The Hindu and the Cowboy.” (Courtesy | Donna Woodard Ziegenhorn)
Share this story

Alan Tilson confesses — with gratitude — that “The Hindu and the Cowboy,” a Kansas City-based play that premiered in 2004 but that now may have new life around the country, saved his life.

“The whole thing was quite personal for me because I was at my bottom,” says Tilson, an actor and an Episcopal priest.

“I had left the priesthood because I was inhibited by the bishop for my drinking. But I was living at Unity Temple on the Plaza in the basement because they had mercy on me and gave me a place to live.”

So one day at Unity Tilson ran into an acquaintance, Donna Woodard Ziegenhorn, the playwright. She was walking down a hall with Unity’s lead pastor, Duke Tufty, talking about the possibility of Unity hosting a production of the play.

Ziegenhorn invited Tilson to audition for the play. He did and, over the years, he ended up playing both the cowboy, named Burleigh, and a character named Father O’Malley, a Catholic priest.

All of that led him to more roles in dozens of other plays at the Metropolitan Ensemble Theatre, whose talented, risk-taking producing artistic director, Karen Paisley, became producer of “The Hindu and the Cowboy.”

Tilson, sober now for 17 years, has been reinstated as a priest. So running into Ziegenhorn that day at Unity “was a serendipitous event that gave me my life back. It was just miraculous.”

The award-winning play, which tells lots of stories about people from different religions, races, cultures and backgrounds who learn from each other’s lives, was recently published by Next Stage Press so it’s now available to theater companies, colleges, high schools and others.

It’s those personal stories that make the play both believable and engaging. Not long before Ziegenhorn wrote the play, she says, she “had gotten deeply passionate and involved in the power of stories. And I saw how they could impact a community.”

So the roots of the play go back to 2003 with what was known as the Mosaic Life Stories Project in cooperation with the Bruce R. Watkins Cultural Heritage Center. Those stories — from more than 80 people who were interviewed for at least an hour each — included one about a Hindu at the Hindu temple in Lenexa and a character who called himself a cowboy. The play created from those stories has been produced 26 times in the metro area and been seen by some 5,500 people.

Ziegenhorn had hoped that one day the play might be used in whole or in part by high school and even college students to learn about cultural and religious diversity and why those can be strengths in a community.

“That is the primary reason that I’m pleased to see it published now,” she says.

Greg Rieke, who also played the cowboy and who is considered the original model for that role, says: “Donna has made a great contribution to the evolution of interfaith in Kansas City and deserves to be recognized for it. ‘The Hindu and the Cowboy’ will live a much longer life now that it has been published in book form.”

In considering a future for the play, Ziegenhorn says she discovered a website called “The New Play Exchange”. Playwrights can post their plays online and invite publishers to review them for possible publication.

“That’s how this play was found,” she says. She got an email from Next Stage Press, which offered her a contract on the play.

In the Kansas City area, the play has been instrumental in helping audiences understand how personal stories are connected to those of others and how those stories can help form and shape a healthier community.

Rieke puts it this way: “I can’t think of a more moving and fitting dramatization of the weaving of life that Donna has so artfully captured in this lovesome play. The love and sharing it evokes are truly inspiring to all who witness its performance. I have seen it more than a dozen times since its creation and find something fresh in it each time.”

Roshan Paiva, a Catholic immigrant from Sri Lanka who regularly played the Hindu, says now the play can “help in other communities across the country, especially if it’s adapted to local situations. There has been a tendency for people to think that this is a religious play or discusses religious values. And it does to some extent, but it’s actually a much bigger picture. It has to do with how people from other cultures and religious traditions have found a way to carve their own place in U.S. society.” Beyond that, he says, “There’s a lot of bonding that happens in the audience, I’ve discovered.”

One of the brief stories in Ziegenhorn’s play is about how Farooq Ahmed, son of Kansas City area physicians and Muslims Shaheen and Iftekhar Ahmed, was threatened in a New York coffee shop shortly after the 9/11 terrorist attacks.

As Shaheen Ahmed describes it, “there were some firefighters who came up to him and told him they’d like to see his head under the pavement.”

Telling that painful story, she says, “made people realize what you actually go through when you have a different name and a different religion. It opened eyes.”

Farooq Ahmed, who lives in Los Angeles now, says this in an email about the incident: “I was verbally assaulted and physically threatened by members of a valorized institution, the NYFD. These interactions are commonplace in the U.S. and approved of or ignored by those in power. In my case, the chief of this NYFD division witnessed everything that happened but until one of the firefighters made a move towards me, didn’t even bother to say a word. Other firefighters pulled the guy away.”

With the play now more widely available, Shaheen Ahmed says: “We have to go into communities that don’t really understand diversity. If you go to places where people are really close-minded and show them those stories, maybe those stories can achieve something and change people’s perspective.”

That, of course, is a hopeful long shot, given humanity’s history of violence and hatred. But if we don’t use Hindus, cowboys and others to try, our failure will simply add to that sordid record.

Bill Tammeus, an award-winning columnist formerly with The Kansas City Star, writes the “Faith Matters” blog for The Star’s website and columns for The Presbyterian Outlook and formerly for The National Catholic Reporter. His latest book is Love, Loss and Endurance: A 9/11 Story of Resilience and Hope in an Age of Anxiety. Email him at wtammeus@gmail.com.