A KC Priest Sees Through ‘Cloud’ Over the Church

In 2004, in the depths of the sex abuse scandal in the Catholic Church, I wrote a profile for The Kansas City Star about a young Kansas City area man studying to become a priest. (The church calls that pre-ordination time a period of “formation.”)

When the man was ordained in 2006, I wrote a column pointing to issues — even beyond the abuse scandal — that he would face in his ministry.

Recently I sat down with that man, now Father Justin Hoye, pastor of St. Thomas More Parish in south Kansas City, to see how he’s managed his sometimes-trying (and often joyful, it turns out) career since then.

The good news: He’s still a priest, still loves what he does and remains committed to serving people in their times of sorrow or celebration.

But there’s sad, discomforting news, too. Hoye puts it this way: “Because I went through formation that paralleled the sex abuse circumstances, my entire experience of priesthood has that cloud over it.”

He knew about the scandal going in, of course, and knew it would affect his work. But he couldn’t have known exactly how.

Now, he says, that “cloud” has “made me apprehensive in engaging with parishioners in a way that I don’t think previous generations of priests would have had. It’s made me a little more cautious, a little more circumspect. There’s a real cost to that because I think parishioners want a certain way of being with their priests. And there are some circumstances where I feel I cannot deliver that without compromising some safe environment manifestations we want to have.

“For example, I took over a parish in the northland 11 years ago where a priest was removed for a sex abuse allegation. After that, there were things I did not do because it would have made the community nervous. I never stood outside to greet kids showing up for school. I never visited classrooms unless I was invited. I never had a key to the school. I only went in when I was permitted to go in.

“And those were the things that others would look at and say, ‘That’s ridiculous not to do those things.’ But I have to be above reproach.” he says. Beyond that, “I just didn’t want to give parishioners pause.”

These are among the effects generated by perpetrators of sexual abuse and their protectors — including those responsible for the appalling abuse revealed this spring in the Southern Baptist Convention.

These effects have proved too much for some priests to handle. The U.S. Conference of Catholic Bishops reports that as of 2018 (the latest available figures) there were 37,302 priests (including just 25,706 diocesan priests like Hoye) in the U.S. In 1970, that total number was nearly 60,000. Not all — or even most — of them left because of the sex abuse scandal, but it’s had an effect.

Hoye, reared in nearby Belton in a loving family and shaped by a generative church experience in childhood, has not just overcome that cloud but flourished in various assignments, including now being the pastor of a large congregation with a vibrant elementary school (disclosure: two of my grandchildren attend that school).

“The best thing going that prepared me well to handle the ministry I’ve had so far,” Hoye says, “was just my relationships, particularly within the priesthood but also with the laity in the parishes. That has been unfailingly good for me.

“Part of what was attractive to me about the diocesan priesthood — the priesthood for a particular geographic area in Kansas City — was that this was my hometown, I already had relationships here and the idea that I would have long relationships here would be very gratifying for me. And that’s been true so far.”

St. Thomas More has served the Red Bridge area since its opening in 1966. It has become an important parish both in the Diocese of Kansas City-St. Joseph and in that part of the city, especially because of its school.

Hoye has found himself enmeshed in a religious culture that feeds him even as, in his role as priest, he feeds others.

“There are couples with whom I’ve done marriage prep,” he says, “and I continue to see them socially. There are families where I have buried multiple members now because I’ve been around that long. Those things bring me joy.”

He’s also found joy in his various parish assignments, “though there’s no place I’ve been assigned that I would have chosen to have gone to, including here. But they’ve all been good for me even if they haven’t always been easy.”

Hoye also has discovered that “I really like working with staff. I like collaborating. My tendency is I see a void and I want to do it myself. It’s been really good for me to figure out how to partner and be in the trenches with other people. It’s satisfying.”

Beyond all that, he has found a new theological emphasis.

“When I was first preparing to be ordained,” he says, “the professor who was training us in how to celebrate the liturgy told us to read through the Mass and identify something that would be a lynchpin for our celebration. I landed on reconciliation. I wanted to be an agent of reconciliation.

“That’s still present. However, at this point the strongest value that I want to hold on to, to be honest with you, seems to be a little more evangelical. That’s not a break with reconciliation but I want to be a little more forthright and urgent and say, ‘I’ve got something that you really need to take a look at.’ That’s been a shift for me. It means it’s forced me not to play it safe as much and become a shopkeeper but maybe be bolder than I would want to be in some ways. And that’s not a bad thing for me.”

Beyond all that, Hoye has been a priest when American Christianity generally has been waning. For instance, a vast majority of Americans once identified as Protestant, but that figure has slipped below 50%. And the percentage of Americans who identify as Catholic has declined, too, though immigration has kept that slippage from being precipitous.

Hoye notes that “one of the things that are working against Christianity — in the West, anyway — is that it’s lost some cultural capital. There were things reinforcing the (Christian) message in the culture that we took for granted. In many ways, the Christian community didn’t have to work that hard to sell the message because there were other venues reinforcing and buoying it.”

Not so much anymore.

“So,” Hoye says, “there needs to be someone to say, ‘Hey, there’s another way. If the thing you’re doing isn’t satisfying or bringing you the joy you’re looking for, here it is. At the end of the day I think Christian communities will be that. And the conveyance of that message will happen on a one-to-one level.”

More than 15 years into his priesthood, Hoye is happy to be part of a faith community offering that very message, one that says, “God wants more for an individual than he might be permitting himself to have. There’s a lot of distress in the world and in personal lives and relationships where, if you just had access to this man (Jesus) and his Spirit, he wants to offer you something that will satisfy a need in your life — and you need not be going through this moment alone.”

For a man with a cloud over his career, Hoye clearly sees sunlight (he might call it Son light) that he loves to share with others.

In a Flatland column last September, I reported on efforts to create the faith-based Kansas Missouri Mental Health Collaborative. That agency opened for business on July 11 under a newly hired executive director, Jen Wewers. It starts with the involvement of seven congregations or agencies. 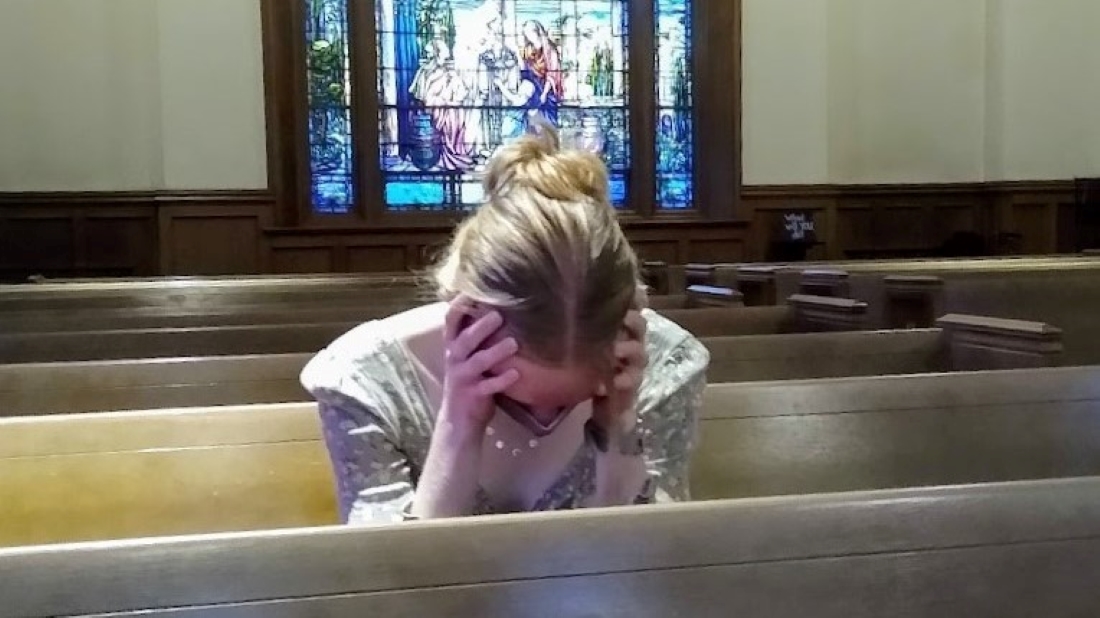 Bill Tammeus, an award-winning columnist formerly with The Kansas City Star, writes the “Faith Matters” blog for The Star’s website, book reviews for The National Catholic Reporter and formerly columns for The Presbyterian Outlook. His latest book is Love, Loss and Endurance: A 9/11 Story of Resilience and Hope in an Age of Anxiety. Email him at wtammeus@gmail.com.