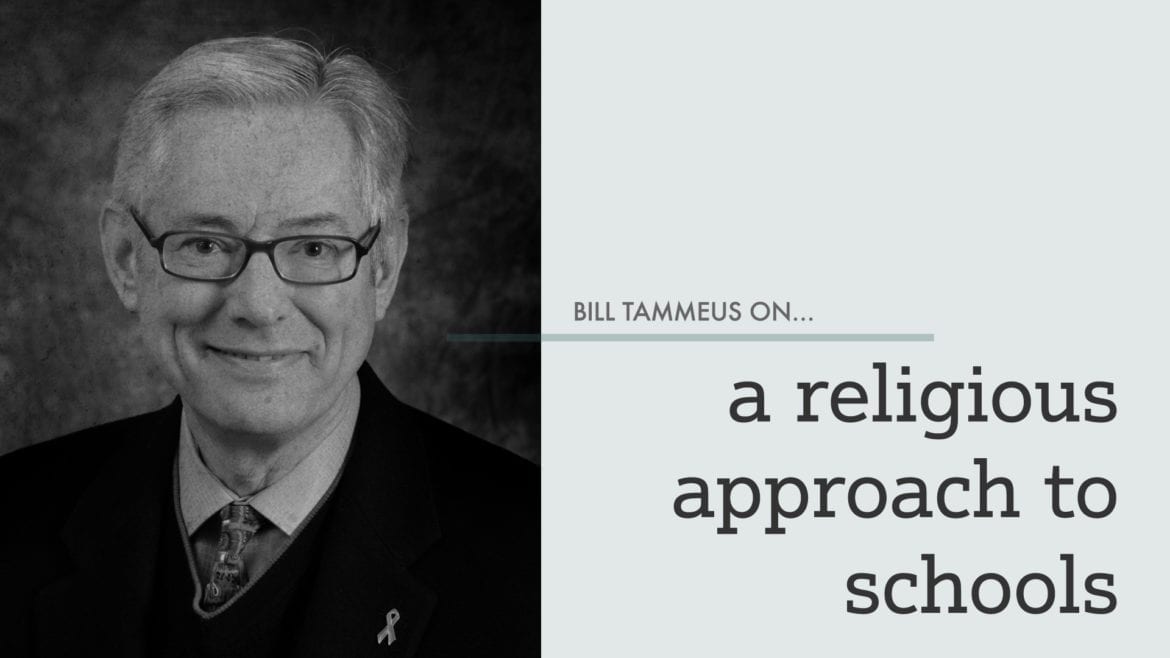 After decades of frustration over education in Kansas City, area clergy are joining together to try to fix it.

“We need the community to help us,” Kansas City Public Schools Superintendent Mark Bedell told me, “because the failure of this school district is a community failure. We understand that we can’t do it alone, and we think that working with clergy is a great way to reach the masses.”

When Bedell addressed a meeting of this new group recently, he was direct about why he’s counting on them: “I’m a Christian. And it’s by the grace of the Lord that I’m here today standing at this podium. So this is near and dear to my heart.”

Where did this clergy-in-education idea come from?

It started when Murray Woodard, the education program officer for the Ewing Marion Kauffman Foundation, attended a conference in Baltimore a couple of years ago and heard about religious leaders there getting involved in troubled schools.

So he called the Rev. Robert Lee Hill, pastor emeritus of Community Christian Church in Kansas City, to gauge his interest in leading such an effort here. Hill jumped at the chance, drawing together a couple of dozen pastors, rabbis, imams and other faith leaders to talk about what might be done.

Some clergy were wary, feeling that in past education initiatives the Kauffman Foundation hadn’t listened to local leaders. Woodard acknowledges that misstep: “We’ve told people what the solution was and then it didn’t work. I would much rather (other) people say, ‘Hey, this is what we think will work and this is why,’ and then we’d partner with them to make it happen.”

That attitude was “really a breath of fresh air” for the Rev. Cassandra Wainwright, who is part of the steering committee leading this effort and is also president of  Concerned Clergy Coalition of Kansas City.

She was impressed that Woodard acknowledged the foundation’s past mistakes by saying, “We recognize that there were some things we came in and did that we did not get right and we left various components of our community out. Faith organizations were definitely one of them.”

The goal now is to keep clergy talking, to get them and their congregants working in schools in helpful ways, to expand the numbers participating and to be open to new ideas for how faith leaders can make a difference.

Can clergy really improve education here? After all, people of faith have been involved in the past. Hill’s answer:

“No, unless everybody helps, and that includes clergy, who have more access to aggregate groups of people in their congregations on a regular basis than anyone in our culture. Part of what we’re doing is to help people feel empowered and not impotent.”

Beyond that, the group’s focus is not simply the Kansas City Public Schools, though this group recognizes that KCPS, with its long history of decline, is the top priority. But these clergy also have been visiting charter, parochial and private schools — both here and around the nation — to learn what works.

The Rev. Lia McIntosh, a United Methodist pastor serving on the steering committee, recounted something Hill said that drew her in: “‘We must be the conscience of the city for education.’ That resonated with me. So it’s more than just the right thing to do. Ethically, spiritually, it is an imperative.”

Almost everyone involved in this effort has different ideas of what success would look like — improved test scores and reading levels, mentors for students, universal preschool and more — but so far there’s an intention to work by consensus.

Woodard is realistic, but hopeful, about what the effort might achieve.

“My fear is that in Kansas City a lot of people like to come together, like to talk, but you don’t see much action,” he said. “But I think this group has the ability to really start to move things forward.”

And teaching people how to stand against cruelty and for the common good is one good definition of the work of clergy.