Work in Progress | The Miniaturist 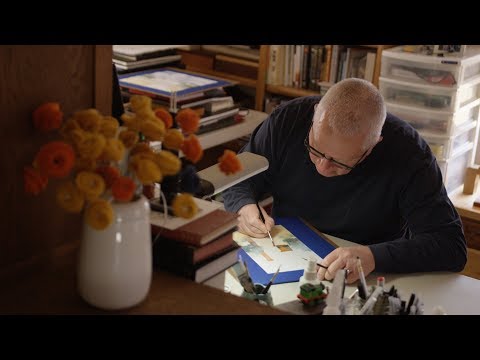 As young as 5 years old, Wolfe Brack used mud, rocks and plants to create imaginary, miniature worlds. Now, as an adult, he creates miniature works of art to explore and learn more about the world around him.

“With small things, the closer you get, the more complexities you see,” he said.

Brack, a self-described introvert, says his disposition has always lent itself to his work.

“I like focusing in on something small and just exploring that to the exclusion of everything else,” he said.

Brack creates a variety of miniature pieces, including faces, which he says are “little snippets of identity.” Noticing the smaller details of someone allows Brack to better understand them, and that inspires his work.

Get inside the minds of four diverse Kansas City-based artists as we explore the inner-workings of their creative souls. “Work in Progress” celebrates the process of art — its creation and its creator — rather than the finished project. Find all “Work in Progress” videos online here, and watch the 30-minute film at 7:30 p.m. on Thursday, Aug. 9 on KCPT.

One thought on “Work in Progress | The Miniaturist”