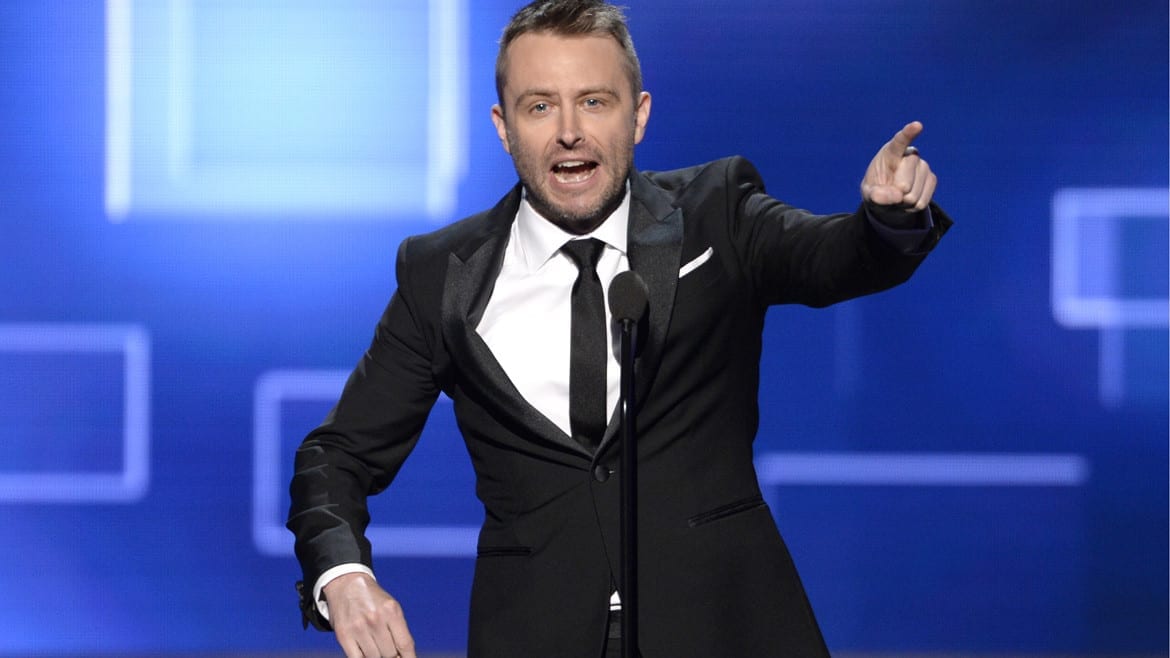 Funnyman Chris Hardwick, who won an interactive media award for “@midnight with Chris Hardwick" at the Creative Arts Emmy Awards in September, will geek out at the Midland on Friday. (Photo: Phil McCarten | Invision for the Television Academy | AP Images)
Share this story

This might be the last normal weekend of 2015. Soon, the holidays will be upon us. That means heavily-scheduled merriment and occasionally forced gaiety. While your schedule is still your own, and mercifully absent of Yuletide cheer, why not explore all the non-holiday stuff around town?

First, though, clean up. The holidays mean all kinds of new stuff, so why not clear out some of the old junk before the new stuff arrives? Do it at Sprint Center. In honor of America Recycles Day, the arena will become a festival of rescued waste. Between 9am and 1pm on Friday, Nov. 13, residents can recycle all manner of stuff, including electronics, in front of the Sprint Center on Grand Boulevard. There’s secure paper shredding, too, if you still need to get rid of last year’s bills.

There’s plenty of music on tap — and none of it is holiday themed. Martin Sexton, singer-songwriter and road warrior, brings his act to The Madrid. The world-renown Kalichstein-Laredo-Robinson Trio is at the Folly, performing Beethoven, Shostakovich and Brahms.

For something a little more modern, catch Gladys Knight at the Music Hall. The soul legend has three Grammys, a BET Lifetime Achievement. She’s touring without her Pips, but The O’Jays will more than fill the bill.
Or go see “Classic Albums Live,” a touring concert series that features musicians performing a classic rock album, in its entirety, live on stage. Better yet, there’s none of the wigs, special effects, or fake accents usually associated with tribute shows. Saturday night at Yardley Hall on the JCCC campus, you can catch a note-for-note recreation of Pink Floyd’s mega-hit album, “Dark Side of the Moon”. Tickets are here.
For something even more modern, check out Robert Delong. He’s an artist on the rise, whose music mixes traditional pop melodies with the dissonant thump, whine and roar of EDM. 96.5 The Buzz presents that show at The Midland.

Nerd culture is antecedent. This weekend you can nerd out in an elegant setting. Watch J.J. Abrams’ reboots of the “Star Trek” franchise on a big screen in Helzberg Hall with the score played live by the Kansas City Symphony. Or you can be a geek with funnyman Chris Hardwick. He’s a game show host, writer, producer, podcaster, musician, voice-over artist, and chief executive officer of Nerdist Industries, an entertainment company. Hardwick is also way too cool and good-looking to be a nerd. That doesn’t stop him, however, from celebrating all things geek in his stand-up. Catch his Funconfortable Tour at the Midland.

The Chiefs are in Denver this weekend, but you can still see football at Arrowhead.
This week, the Missouri Tigers football team was at the center of controversy on the Mizzou campus. This weekend, the team comes to KC for a game against the BYU Cougars. There’s a ton of reasons why college football teams makes so much money for their schools. Those reasons, like pageantry, strategy, and passion will be on display.
Football isn’t the only game in town, either. You can also catch Guns N Hoses Charity Boxing Event, with amateurs squaring off to benefit law enforcement officers, firefighters, and EMT. If equestrian events are your thing, don’t miss the United Professional Horseman’s Association National Championships at the American Royal. For a different kind of horsepower, and some delightfully silly fun, get to Blizzard Bash, an indoor demolition derby at the Kansas Expocenter in Topeka.

Way back in the 1990s, composer Greg Kotis saw pay-per-use toilets in Paris. Traveling on a budget, Kotis had to choose between food or using a bathroom. That gave him an idea. What would it be like if an evil corporation controlled all the toilets in a town? The result is “Urinetown: The Musical,” a Tony Award-winning spoof of musical theater, rich with social commentary about the division between wealthy and poor. Catch it this weekend at the Musical Theater Heritage in Crown Center. Kids are free, but be wary of the fairly grown-up content.

If you like clowns and the trapeze, but don’t like to see wild animals caged, you’re in luck. Last month, Fun Time Shows Inc., the country’s largest producer of Shrine circuses, announced that its productions would become wild animal-free. For family fun with a clear conscience, get to Silverstein Eye Centers Arena in Independence this weekend.

November is National Model Railroad Month. (No, seriously. It is.) Why not mark it with a visit to KC’s temple of all things train? Union Station has a massive exhibit of tiny trains on site, the Model Railroad Experience, which offers about 8,000 square feet of models on display, from tiny N-scale model trains to the big G-scale giants. The exhibit is free. While you are at Union Station, go see “Da Vinci: The Exhibition” the hands-on examination of Da Vinci’s life and art. The show features 65 life-sized models of Da Vinci’s inventions, as well as exploring how masterworks like like the “Mona Lisa” and “The Last Supper” were made. It’s a fascinating look inside one of history’s greatest minds.

Harry Truman and the Holocaust

Decades of Relationships Influenced His Actions