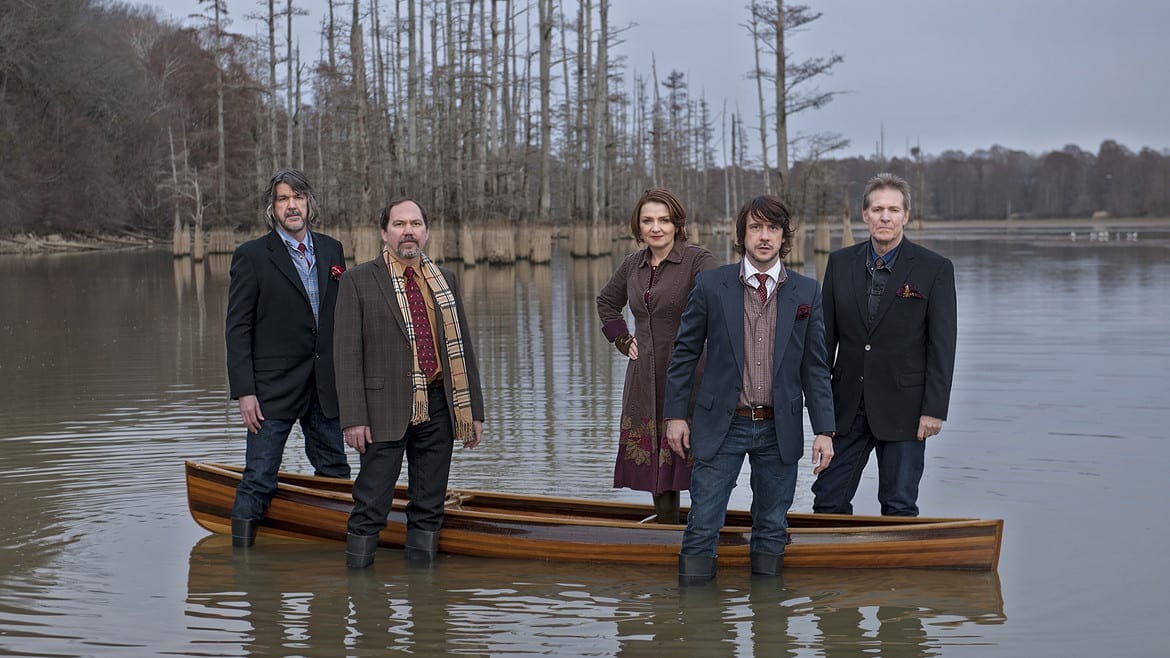 While not nominated for Monday's telecast, the three-time Grammy nominees The Steeldrivers are at the Folly this weekend. (Credit: Robert Rausch)
Share this story

Ah, Valentine’s Day. For single people, it’s a festival of loneliness. For anyone in a relationship, it’s a Hallmark-hyped minefield of unreasonable expectations. The holiday is especially hard for men. The best any guy can do is put enough thought and money into the holiday to avoid getting in trouble.

Then again, you may not have to worry about it. According to “Ghostbusters II,” the end of the world will be Sunday. On the off chance that creation doesn’t draw to a close this weekend, however, we’ve gathered a few fun things to do around town.

There’s excellent dance at the Kauffman Center. On February 12th and 13th, Kansas City’s own Störling Dance Theater brings their annual, and extremely well-reviewed, performance of “Underground” to the Muriel Kauffman Theatre. It’s a challenging, dramatic and ultimately uplifting tale of the Underground Railroad.

You can spend the whole weekend at The Midland. Friday night, 96.5 the Buzz is offering a free (yes, free) Valentine’s show. Afentra’s VD Party 2016 features the indie techno-pop of Lucious. (You know that Samsung commercial with the lyric “She’s looking through the wrong end…” ? That’s Lucious. Joining them is JR JR, Marian Hill, and local faves Yes You Are. Just be over 18 with an ID, and show up to the Midland any time after 6:30 pm.

Another local favorite, The Floozies, bring its eclectic, dance-friendly electronica to the Midland on Saturday night. Fellow EDM’ers SunSquabi and Defunk will help to fill the bill.

If you like your tunes a little more old school, go see Atlantic Express. They’ve got a Motown-themed Valentine’s show set for Knuckleheads Saloon. Or groove to Kim Waters. The silky smooth jazz saxophonist will heat up The Gem. Avant is worth the price of admission. He brings his smoky, sultry modern R&B to the Uptown on Saturday night.

For music that’s even older school, check out three-time Grammy nominees, The Steeldrivers. The bluegrass masters, touring in support of their latest release, “The Muscle Shoals Recordings,” play the Folly Theater on Friday night. Turnpike Troubadours, also rockin’ but still roosty, are at The Granada.

If you like your music really, really old school, you’ll love the Band of the Royal Marines & The Pipes, Drums & Highland Dancers of the Scots Guards. This high-stepping military spectacle marches into the to Lied Center on Friday, then the Kauffman Center on Monday night.

A long as you are feeling the British Isles, you might want to swing by Ireland. Or, at least, as close as you can get in KC. You can revel in Hibernian culture without the chaos of St. Patrick’s Day at The Kansas City Irish Center’s 5th Annual Winterfest. It’s an all-day affair, featuring Mundy, Carswell & Hope, Tullamore and loads of Irish dance troupes. Check the Facebook event page for more information.

World of Wheels will make any motorhead happy. The show, running all weekend at the Kansas City Convention Center, is the biggest custom car show on earth. You’ll see hot rods, street rods, low-riders, and endless exhibitions of products to make any ride spectacular. There’s even a live “chop shop” demonstration, with customizers bending metal all weekend. Go for the photo ops, stay for the mullets.

You can see another legend in Lawrence the next night. Arlo Gutherie, son of Woody and hippie icon, is touring to celebrate the 50th Anniversary of his signature song, “Alice’s Restaurant.” Woody’s show, too, is at Liberty Hall.

While you’re up in LFK, you might as well stop by the Jackpot Saloon. I HEART LOCAL MUSIC is presenting SXSW BOUND. The two-night fundraiser will help local bands going to Austin, Texas for the famed music showcase.

For a different sort of fundraiser, check out the Words of Love Benefit Concert at Coda. Right here in KC, it’s a benefit for Midwest Music Foundation. The $10 suggested donation raises cash for musicians in medical need.

Amy Grant doesn’t need money. The six-time Grammy Award winner is one of the best-selling inspirational artists of all time, having sold an amazing 30 million albums. Grant performs with the Kansas City Symphony at the Kauffman Center on Friday, Saturday and Sunday.

If you need even more inspiration, check out the massive Women of Faith tour when it stops at Sprint Center. It’s a night of song, story and testimony more than 20 years in the making. 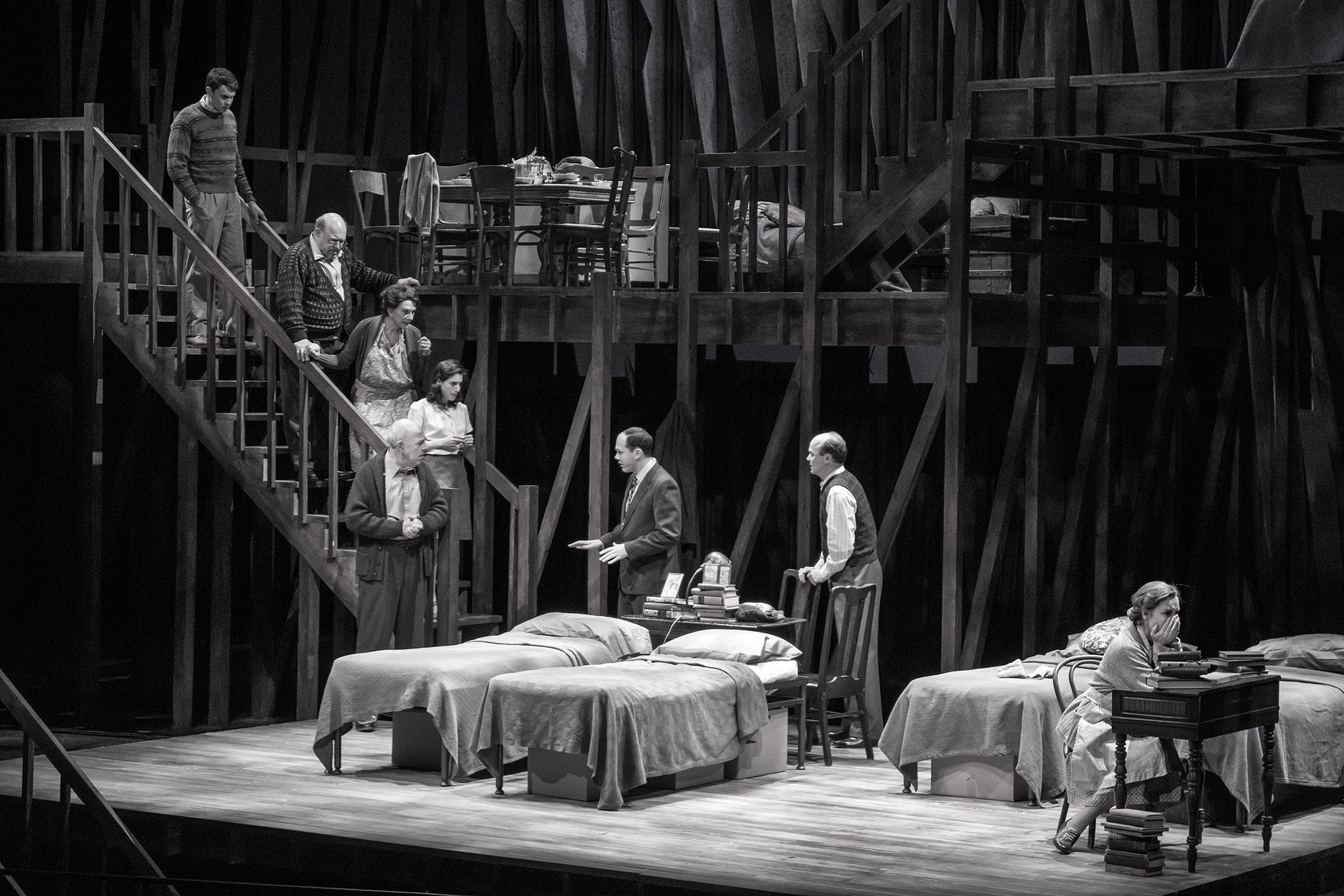 Don’t forget those who trod the boards. “Justice in the Embers,” presented by KCPT, is still at The Living Room and “The Diary of Anne Frank,” is running at the Rep. The Bell Cultural Events Center, on the MidAmerica Nazarene College campus is staging a production of “Hairspray.” The Chestnut Fine Arts Center, also in Olathe, is offering “Nunsense.” And “How to Steal a Picasso” at the Unicorn Theater just had its run extended. Always a good sign.

Finally, if Valentine’s Day bums you out, get your giggle on at the local comedy clubs. Legendary stand-up stalwart J.J. Walker comes to Stanford’s all weekend. Up-and-comer Brandon T. Jackson is at the Improv. You might even laugh hard enough to forget how truly awful this holiday is.

— Hampton Stevens has written for local and national publications including The Kansas City Star, The Atlantic and ESPN the Magazine. Find him on Twitter @HamptonStevens.