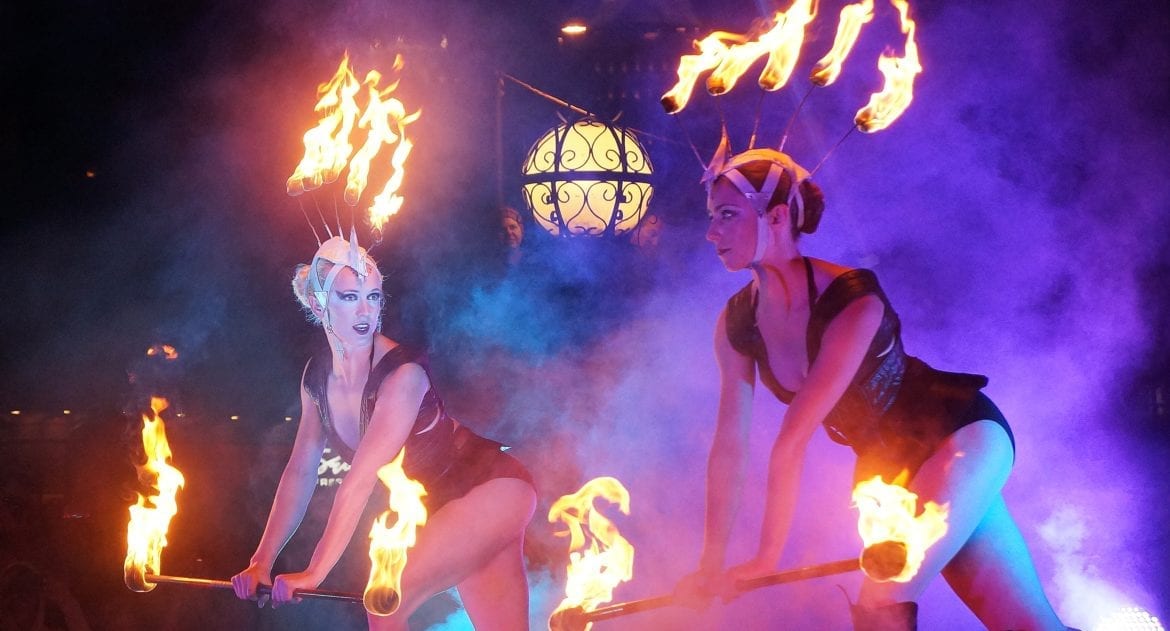 Quixotic performs at Waterfire this Saturday. Waterfire is both an art installation and a local party. (Photo: Hampton Stevens | Flatland)
Share this story

In “The Great Gatsby,” F. Scott Fitzgerald wrote, “Life starts all over again when it gets crisp in the fall.” True words. It’s odd, in fact, that the Gregorian calendar marks the new year in mid-winter. Jewish people, on the other hand, have the right idea. The Jewish New Year, Rosh Hashanah, literally, “head of the year,” begins Sunday night. Which, in a way, makes Saturday a bit like New Year’s Eve. Assuming Champagne and silly hats aren’t on your agenda, we’ve got a ton of ways for you to celebrate the coming of 5777.

The Royals are closing out a frustrating, but nevertheless entertaining, season with a three-game set against the Indians. Get to the ballpark early on Saturday afternoon for Fan Appreciation Day and you can nab a free pair of Royals mittens. Sporting KC is out of town. They play New England on Saturday. The Chiefs, coming off a huge win against the Jets, are also on the road. They meet the Steelers in a nationally televised game on Sunday night. There is, however, live football coming to Arrowhead. Northwest Missouri State meets the University of Central Missouri on Saturday afternoon. Basketball lovers won’t be left out this weekend, either. Jayhawk junkies can head up to Lawrence, Kansas, for Late Night at the Phog.

Waterfire is hard to explain. It’s sort of a combination between an art installation and a giant cocktail party. Basically, a bunch of metal tubs called braziers are filled with fragrant wood, set on fire and floated down Brush Creek. It’s darn pretty, and you’ll also get free entertainment from the likes of Djama drumming group, Quixotic, Rhythmic Flames and StoneLion Puppet Theatre.

If you are into dance – better yet, if you aren’t, but would like to be – you’ve got a pair of excellent choices this weekend. You could spend your Saturday night at The Kauffman Center with Jessica Lang Dance. The young, eponymous New York City-based troupe, brought here by the consistently awesome Harriman-Jewell Series, blends classical ballet with contemporary movement. You could also see Ailey II. The younger, more experimental side of Alvin Ailey, Ailey II has performances Thursday through Saturday at The Folly – with their fundraising event, the Ailey II Gala, set for Friday night. 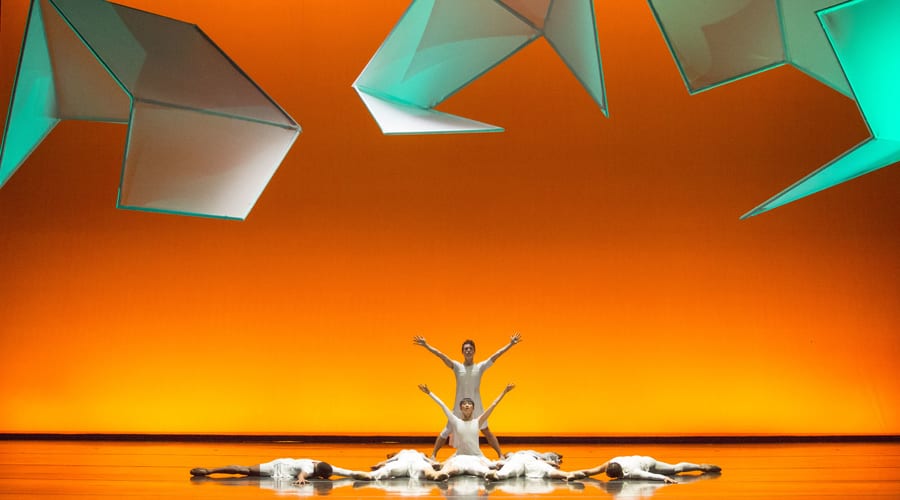 The Kansas City Symphony is starting the new year right. Michael Stern and company are kicking off the 2016-17 season (or the 5777 season) with a program featuring Tchaikovsky’s 4th Symphony. The show also includes American composer Patrick Harlin’s “Rapture” and violinist Stefan Jackiw returning to KC as guest soloist in a concerto by Korngold.

For a mix of classical music and classic rock, get to church. Specifically, the Grace and Holy Trinity Cathedral downtown. There you will see SCHUBERT | BEATLES. The unusual program, created in collaboration with the New York Festival of Song, combines works by the famed classical composer with new, orchestral arrangements of Lennon/McCartney songs.

Or maybe you want to ring in the New Year with pop music? You can. The folksy, blue-eyed soul of Amos Lee is tonight at the Uptown. Young the Giant brings their bouncy pop to the Power & Light District on Friday night. GHOST, an only moderately-satanic Swedish heavy metal band, performs the same night, up the road at The Midland. The Mountain Goats and their charming, nasal, indie rock will be at The Madrid on Saturday night. Up in Lawrence, at the Granada Theater, you can catch the experimental dance funk of Beats Antique. Their beats, ironically, are quite modern. Irish singer-songwriter Mundy performs at Knuckleheads on Saturday night. The show is sold out, so you’ll have to stand outside the venue and beg for tickets to get in.

Feel like country or gospel? Alabama is coming to Missouri. The Country Music Hall of Famers, with an astonishing 21 number-one hits to their credit, play Starlight on Thursday night. Alabama is also coming to Kansas. The Blind Boys of Alabama, that is. They’ve won five Grammys – including a Lifetime Achievement award – and performed for three presidents. Saturday, they’ll perform for Free Staters at the lovely Lied Center.

Traditionally on Rosh Hoshanah, Jews eat apples and honey in hopes of having a sweet new year. You can embrace that tradition at the Weston Applefest Celebration. You can also enjoy apple dumplings, apple pies, apple butter and apple cider. Or you can celebrate 5777 with beer, dogs and bad puns at the 2nd Annual Barktoberfest; a family-and-Fido-friendly event in Shawnee Mission Park.

This weekend is a cornucopia of fall festivals in fact, with the Gladstone Gladfest, Missouri Town 1855 Festival of Arts, Shawnee Scarecrow Festival and, of course, the Powell Gardens Harvest Celebration and Antique Tractor, Engine and Equipment Show. Because, truly, nothing says “fun” like antique tractors.

If theater is your thing, hurry. The Unicorn’s “Hand to God” wraps October 2. So does the Kansas City Repertory Theatre’s well-reviewed production of “Evita!” You’ve still got time to see “The Nine Who Dared,” though. The interactive Civil Rights-era drama runs at The Coterie until October 21.

— Hampton Stevens covers the arts and entertainment for regional and national publications. He lives in Kansas City, Missouri with his beloved pit bull, Ginger. Follow him @HamptonStevens.