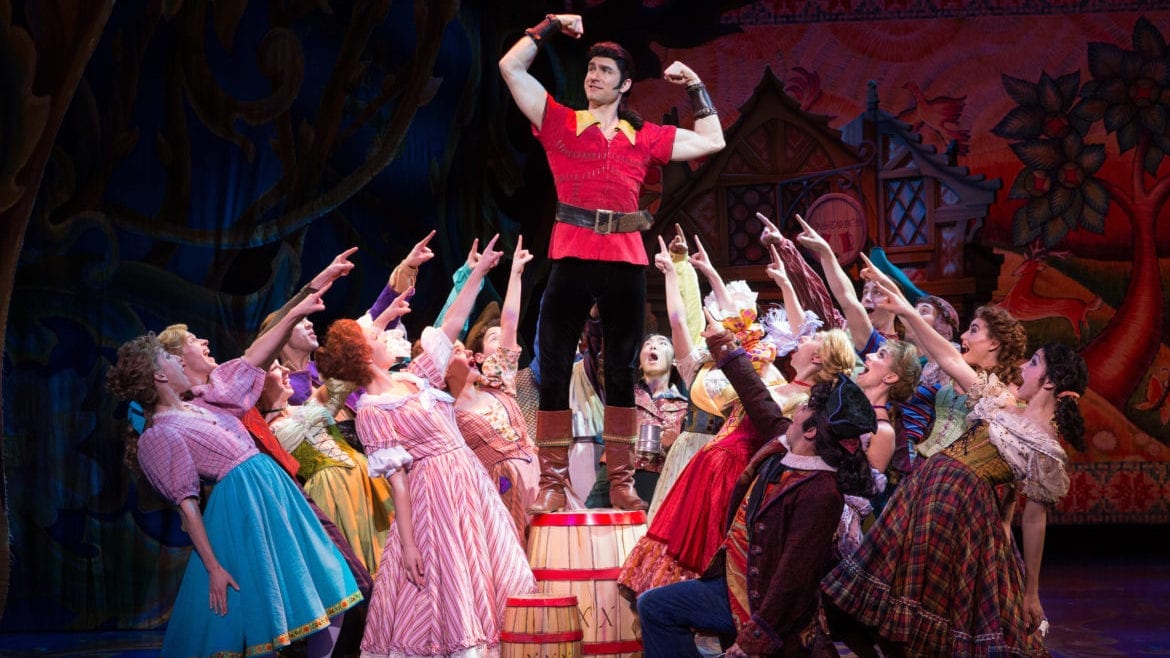 You're everyone's favorite guy, Gaston! Catch the whole provincial town in the touring version of "Beauty and the Beast." (Photo: Matthew Murphy |NETworks)
Share this story

We’re getting deep in the heart of summer now. In the Midwest, that means two things: sticky heat and thunderstorms. The best way to stay cool and dry? Enjoy some of the cultural amenities that our town has to offer.

Unfortunately for sports lovers, both the Royals and Sporting KC are on the road this week. Even the minor-league T-Bones are traveling. FC Kansas City has a match — set for Saturday at Swope Soccer Village. Beyond that, if you want to see live sports, you’ll just have to get down to the closest city park and watch the locals play volleyball.

There’s better news for lovers of live theater. “Beauty and The Beast” is here. After playing on Broadway for 13 years and winning a ton of Tonys in the process, the classic Disney musical has been on tour virtually nonstop ever since. Get to Starlight this week to see Belle and her beastly beau look for love. Eight performances are scheduled, including a kid-friendly morning matinée at 10 on Saturday. The touring company also will be making special appearances around town, such as a Girl Scout Workshop and Cookout at Starlight on Monday. 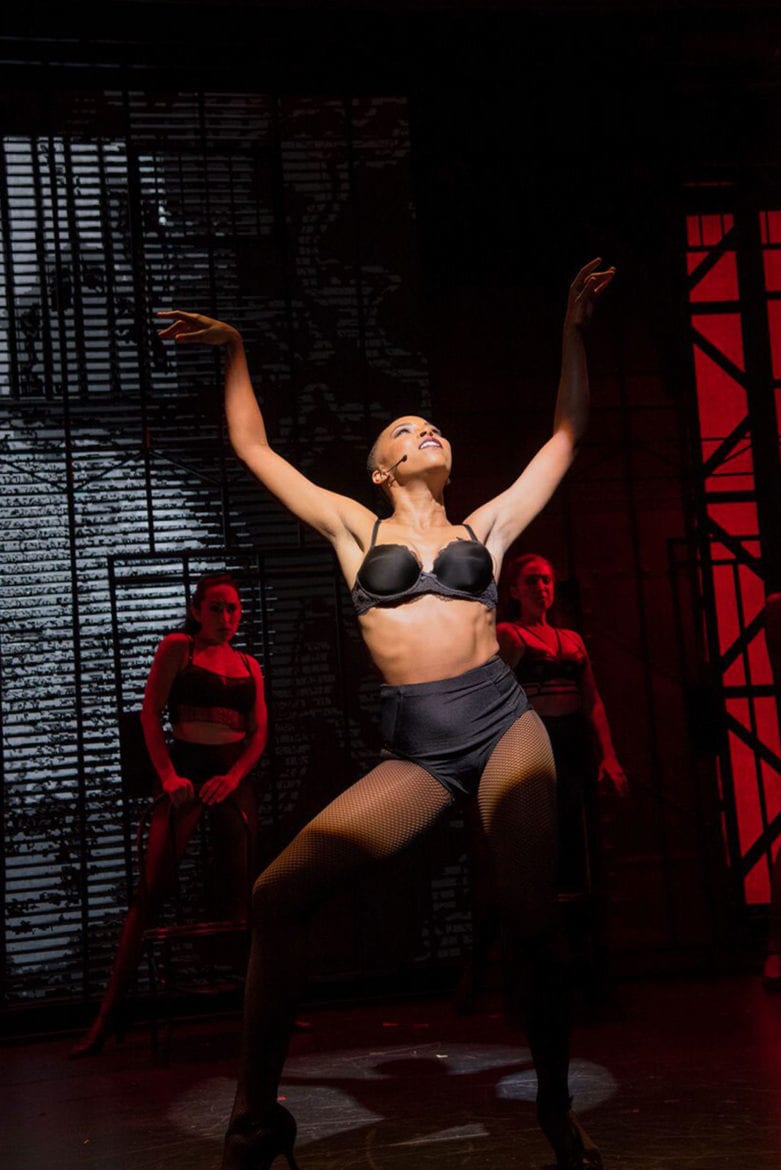 Quality Hill Playhouse is still running “The Dawning of Aquarius,” featuring live performances of classic rock songs. The kids will like “Madagascar: A Musical Adventure,” still at The Coterie. The young ones also will enjoy the Jewish Community Center’s version of “Mary Poppins,” which runs through next week. Johnson County’s Theatre in the Park, meanwhile, is staging “Joseph and the Amazing Techniolor Dreamcoat.” For slightly more grown-up musical fare, you can see “Chicago” at the New Theatre Restaurant. The raucous, 1920’s tale of gangsters and molls has gotten great reviews.

Central Standard Theatre has a bunch of great, unusual shows coming to town. In anticipation of Fringe Festival, which begins in earnest next week, the company is hosting “The Invasion,” a collection of six very well-reviewed Fringe events from other towns. They feature mostly British performers, hence the name. Check out their website, linked above, for more details and a full schedule of performances.

The symphony may be on a break, but you can still get your fix of classical music with the second weekend of Summerfest Chamber Music Festival 2016. Week two offers a classical take on Appalachian folk with works by Visconti, Ravel, Telemann and Zemlinsky. 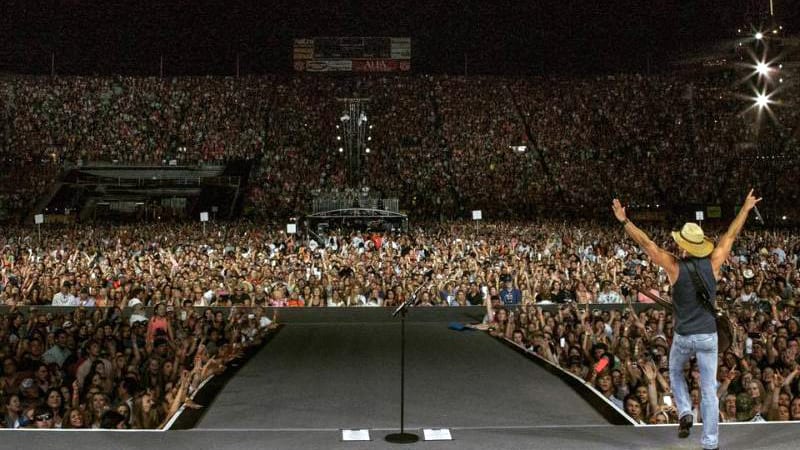 If you feel like going country, giddyup out to Arrowhead Stadium on Saturday night to see superstar Kenny Chesney perform. He’s famous for going barefoot, but cowboy boots are probably a better bet. Miranda Lambert opens the show, so get in your seat early for some Nashville-style girl power.

If pop is more your thing, check out Buzz Beach Ball. It’s a fantastic lineup of young bands, including Cage the Elephant, Alabama Shakes, Glass Animals, Portugal. The Man and KC’s own Madisen Ward and the Mama Bear. Basically, it’s a whole summer’s worth of concerts packed into a single weekend. Yes, it takes two full days to fit in that much fun, so the event runs all Saturday and Sunday out at Children’s Mercy Park.

For something a lot quieter — and cheaper — why not have a picnic? Sunday afternoon, The Nelson-Atkins Museum of Art is throwing a big one, and the whole town in invited. Swing by the museum’s front lawn for the museum’s annual Big Picnic from 4-7. Kids will love the StoneLion Puppets and free craft activities. Adults will love the beer garden and music by, among others, Victor & Penny. Everyone will love the badminton and food trucks galore.

If you like comedy, check out Steve Hirst. He’s coming all the way from Manchester, England, by way of Dallas, so you can make the short trip out south to see him at Stanford’s. Or go north to see Adam Ferrara. He might be best known as an actor, with recurring roles on dramas such as “Rescue Me” and “Nurse Jackie,” but he’s also an acclaimed comic, twice nominated for Best Male Stand-Up at the American Comedy Awards. This weekend Ferrara brings the Italian-favored, raspy-voiced funny up north to the Improv.