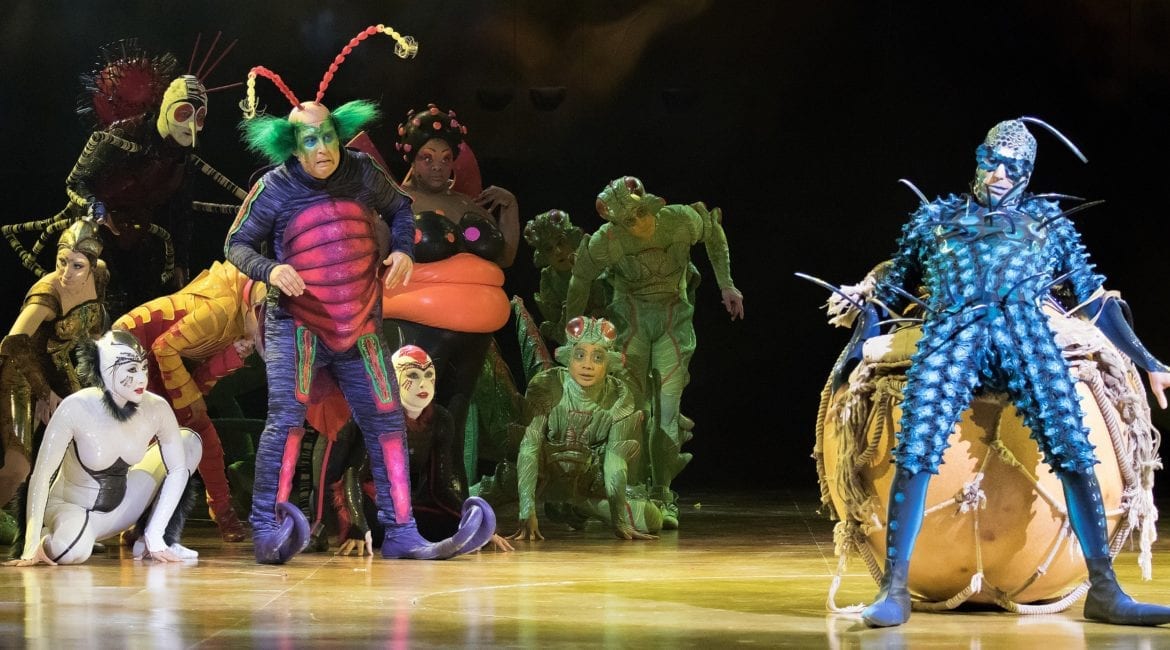 Most holidays have some sort of spiritual or historical significance — an underlying theme that gives meaning and purpose to the festivities. Not so for New Year’s Eve. Dec. 31st doesn’t commemorate a religious event or the founding of a nation. The holiday exists as a quirk of timekeeping, and celebrating it makes as much sense as getting excited to watch an odometer roll from 99,999 to 100,000.

New Year’s Eve is also the ultimate amateur night. Tens of millions of Americans, otherwise unaccustomed to hard drinking, will binge like college kids on spring break — swarms of besotted humanity clogging otherwise pleasant bars and restaurants, yelling, crying, fighting, stumbling, kissing, barfing and generally creating a sense of chaos. That’s the beauty of it, so Flatland has collected a few of the best places to get sloppy around town this weekend.

Just make sure you don’t get too drunk, lest you get massively hungover and sleep through the Chiefs game on New Year’s Day. If KC beats the Chargers, which they should, and the Broncos beat the Raiders, which they might, KC would end up the second seed in the AFC. That’s good enough for a first round bye. Kickoff is at 3:25, so you should be fully recovered by then. Or at least conscious. There’s one more college football game for local fans to enjoy, too, when Kansas State and Texas A&M meet tonight in the Texas Bowl.

In hoops, the Big 12 schedule opens. Kansas State, likely getting sick of Lone Star State opponents, plays at home against Texas on Thursday. The Jayhawks play on the road Friday meeting TCU, which gives you a good reason to stay home, watch TV and rest up for the holiday. Mizzou plays at home, too. Thursday they meet the Lipscomb Bison, who are, apparently, a basketball team.

The biggest, splashiest show in town is unquestionably “OVO,” the latest touring production from Cirque du Soleil. The performances, which run all week at Sprint Center, eschew some of the thematic presumptions of recent Cirque shows and focus on what their audiences really come for – sheer spectacle. The story, such as it is, focuses on the secret life of bugs, with a loose narrative looking at the lives of our six-and eight-legged friends. The real point, though, is the fantastic costumes, trippy music, Vegas-style lights and jaw-dropping circus skills that include contortionists, jugglers, tightrope walkers, trampoline tumblers and more. That one should be good for kids and adults alike. 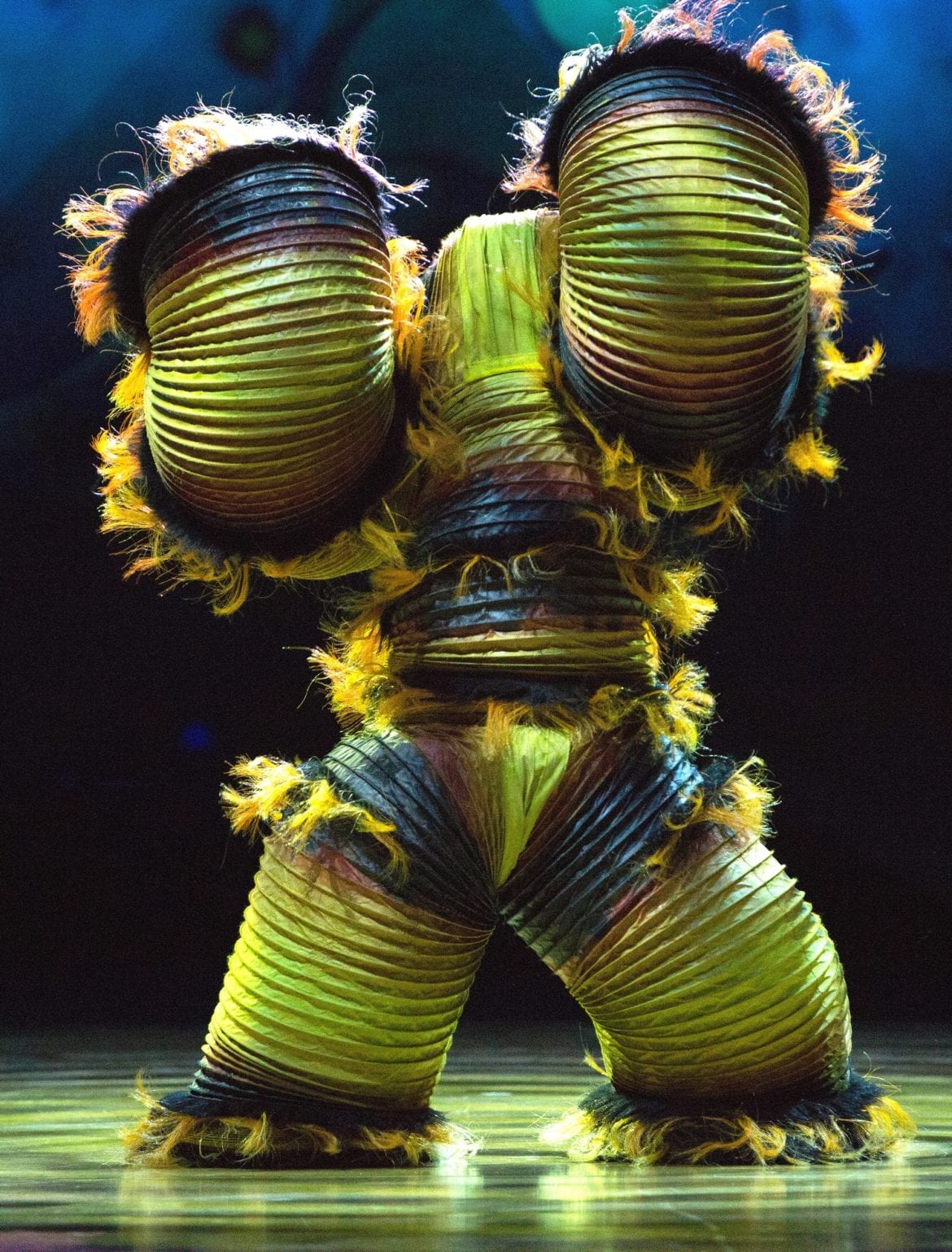 Another kid-friendly way of celebrating 2017, especially if you don’t want to stay up late, is Zoo Year’s Eve. The kiddos can dance with a DJ, and parents can capture memories in the photo booth. Festivities are from 10 a.m. to 2 p.m., with Berlin the Polar Bear’s “ball drop” set for noon. Noon Year’s Eve at Science City will be fun, too. It’s a day-long event with jugglers, mimes, face-painting and a host of hands-on educational stuff. WonderEve, a family-friendly event at the Wonderscope Children’s Museum in Shawnee, begins at 9 a.m., offering crafts, magic and snacks. Mr. Stinky Feet, Jim Cosgrove, counts down to the noon hour.

Really, though, this weekend all about grown-ups who want to act like children, so let’s run down the options.

If you want to skip the usual bar and party scene, you might try TopGolf Overland Park. Instead of watching a ball drop, you can hit them all night. There’s food, drink, live entertainment and party favors, too, which we assume means the usual noisemakers, streamers and conical hats.

New Year’s Swingin’ Eve at Union Station might be the biggest celebration in the city. It’s a big-band bash headlined by The Dave Stephens Band with Joel Nichols as your host. Tickets include the traditional midnight balloon drop, hot appetizers from Harvey’s and dance lessons by 627Stomp. At midnight, there will be a Champagne toast. Or, at the very least, a sparkling white wine toast. Champagne, technically, can only come from a particular region in France. 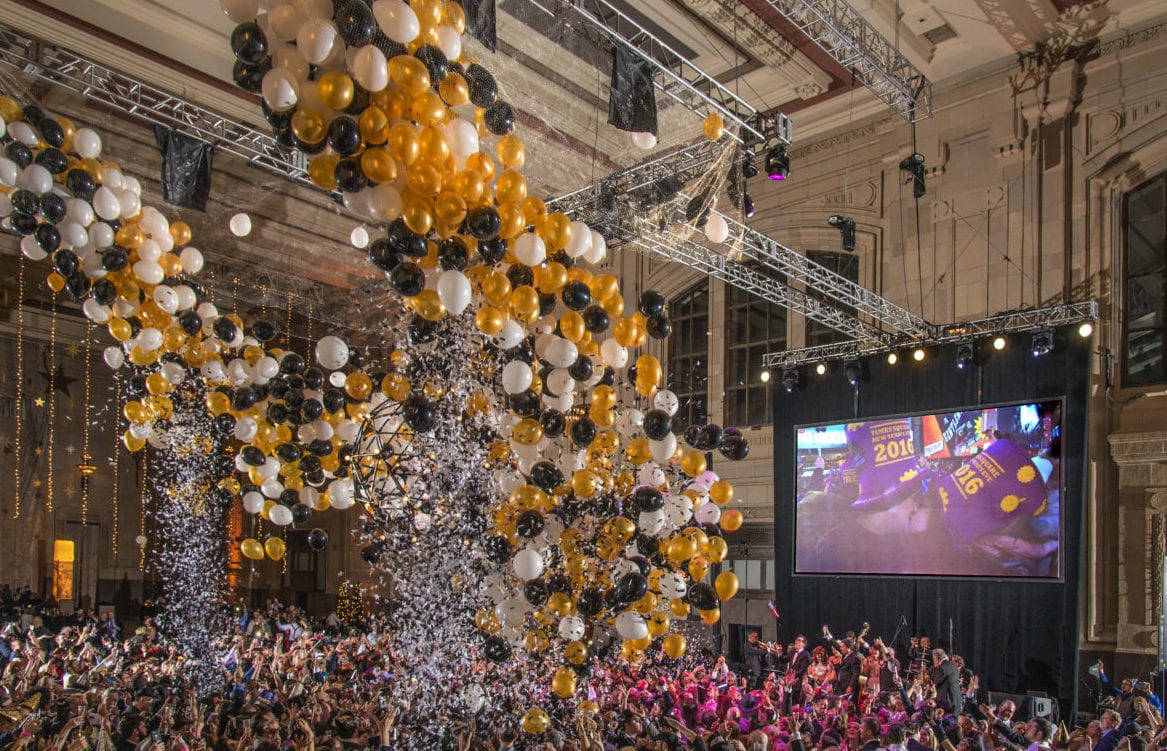 While Union Station swings, Westport will rock. Those who want to get an early start on drinking can hit up Irish New Year’s Eve at Kelly’s Westport Inn, and ring in the new year on Irish time. That’s 6 p.m. in KC. There’s no cover at Kelly’s, either, a bonus for all those who have woken up on New Year’s Day wondering why they spent $1,000 to have a hangover.

The rest of Westport will be partying, too. Black Party NYE XIII at Californos offers four DJs, drink specials and “amenities” – which, again, we assume means horns and conical hats. The dress code, as you might guess from the name, is all-black. The Madrid Theatre, conversely, is hosting an EDM flavored White Party New Year’s Eve. The dress, as you also might be able to guess from the name, is all-white.

You can also check out the New Year’s Eve Bash at Uptown Theater, also offering four rooms of fun with DJs, plus a laser light show, an open well bar, craft beer lounge and appetizer buffet.

A little bit farther east, you can check out NYE at The Temple VII, billed as the largest indoor New Year’s Eve party in the Midwest. Union Station might disagree, but the Temple will host nearly 2,500 people and a younger crowd. The party offers six hours of unlimited drinks, multiple party levels and what’s called one of the largest balloon drops in the country. That presumably refers to the number of balloons, not their size.

If you are downtown and Union Station looks a little too tame, try the Power & Light District and their NYE LIVE! Depending on what ticket you buy, there’s access to up to 12 bars and nightclubs, all-inclusive food and drink packages, performances by Quixotic, live bands, DJs, confetti cannons, the proverbial NYE-themed party favors, toasts, and a countdown to midnight with a Times Square-style ball drop.

If you just want to see music, try Knuckleheads, hosting the sultry blues of Samantha Fish. Your ticket gets you party favors, “Champagne” and midnight munchies. The Blue Room has jazz, of course. There you can hear pianist Charles Williams. Quality Hill Playhouse’s New Year’s Eve Cabaret Show will be jazzy, too, featuring Lauren Braton, Christina Burton and Ashley Pankow performing standards, swing and pop. Also, downtown, recordBar has a 1920s theme with local faves, and recently engaged couple, Victor & Penny. More local talent is coming to Prohibition Hall, with funk, hip-hop and soul stalwarts, Hearts of Darkness, The Phantastics, and Duncan Burnett & The Riot, who are fantastic. 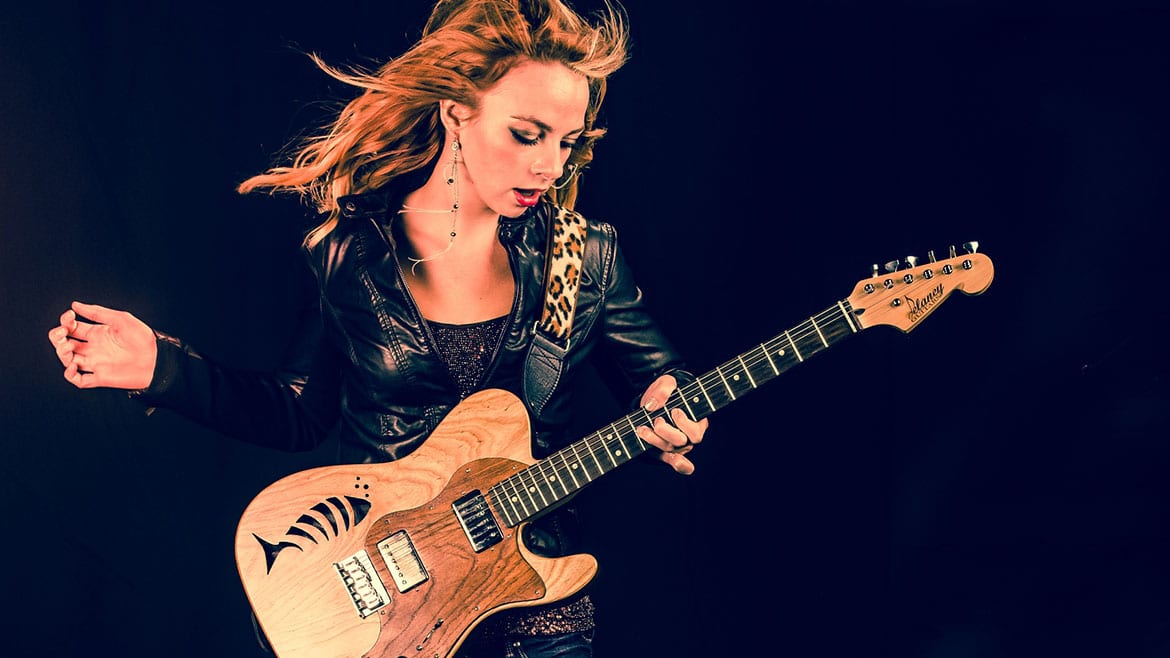 If you want to gamble while you drink — always a good idea — the casinos have festivities on tap. The band Flashback performs at Isle of Capri, while Voodoo Lounge is calling its show A Hot Tropical Night. Ameristar Casino has a triple bill of tribute acts; Liverpool: A Tribute to the Beatles, Double Vision: A Tribute to Foreigner, and Edge of Forever: A Tribute to Lynyrd Skynyrd. If you want to eat until you feel like bursting, try Hollywood Casino at Kansas Speedway. Their New Year’s Eve buffet features shrimp, oysters, crab, prime rib, fried chicken and mountains of desserts. Disco Dick and the MirrorBalls will help you dance off the calories.

If you want to laugh in the New Year, get to New Year’s Eve at Kick Comedy Theater. You’ll see, and probably participate in, improv games. There’ll also be a performance of “Threads” by the KC Improv Company, stand-up from Jamie Campbell and Anna May Smith and live music from Ryan Hruza. They, too, offer “Champagne” at midnight. As will The Improv, where Rod Man is your guy. His television appearances include “Def Comedy Jam”, “BET’s Comic View” and “Showtime at the Apollo.” April Macie is your girl at The Legends. She won Howard Stern’s sexist but prestigious “Hottest and Funniest Chick” contest, and she has also appeared on “Last Comic Standing.” She’ll stand, and presumably be hot and funny, at Stanford’s all weekend. What better way to say goodbye to 2016 than laugh at it? At least it’ll keep you from crying.