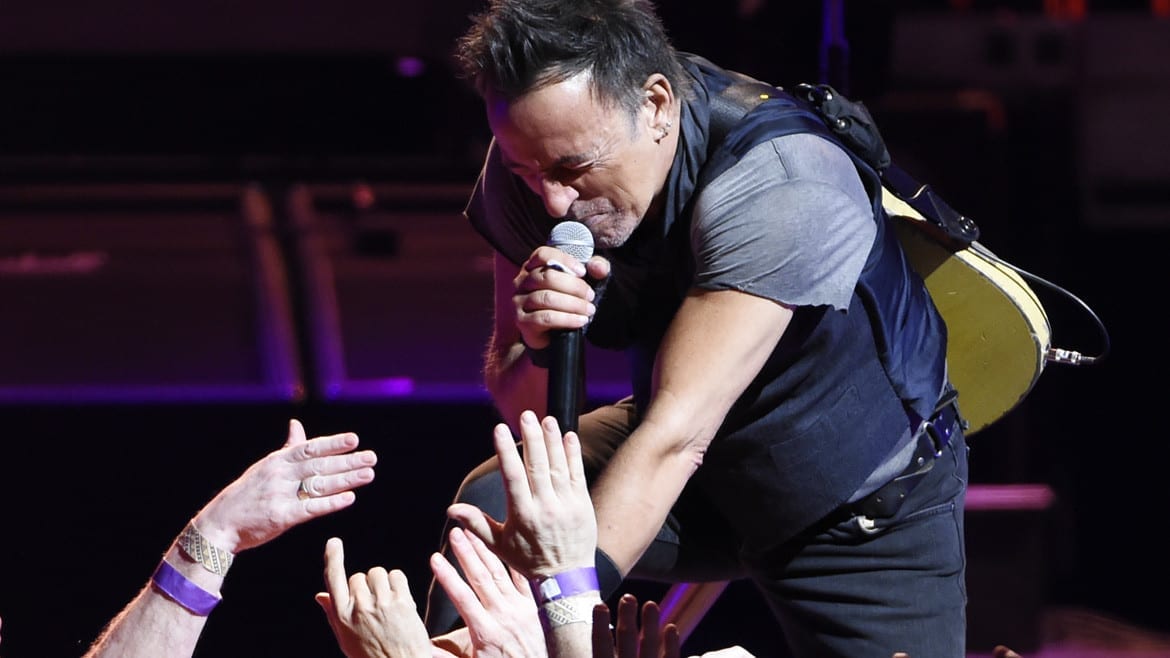 Granted, it’s time for spring cleaning. You could be excused for being productive, and spend the next several days scrubbing your place from top to bottom. Do so, and you’ll certainly have a fine sense of accomplishment. You will also, however, miss out on tons of cool stuff happening around town.

For instance, baseball. The Mavericks and Sporting KC are both on the road, but the Royals host the Twins at the K all weekend. You’ll want to wear blue.

Live music is a great way to avoid your chores. Bruce Springsteen performs at Sprint Center on Thursday night, and there’s a ton of tickets available on secondary outlets. Why? Maybe it’s because times are tough. Maybe it’s because Bruce is performing “The River,” his only double album and not one of his most cheerful. Maybe it’s because, at 66-years-old, Springsteen has a fan base which no longer wants to spend hours having their socks knocked off. At a certain age, it simply becomes too hard to get your socks back on. Whatever the reason, fans of any age would be silly to miss this chance, maybe the last ever in KC, to witness the Rock and Roll Hall of Famer and his E Street Band.

If you like your rock made by younger folks, and like to pay a lot less to get in a show, the Homegrown Buzz Music Showcase is a dynamite deal. A mere five bucks will get you in the Power & Light District for a full day of young, local bands. You’ll see acts including Me Like Bees, Not A Planet, Yes You Are, Kangaroo Knife Fight, and Pink Royal. That’s the “homegrown” part. The buzz you’ll have to buy on your own.

There’s touring pop, too. Yonder Mountain String Band, bluegrass rock stars, will be at Liberty Hall on Friday night. Aussie rockers Atlas Genius have a fluffy, 80s vibe. They’re at The Madrid on Thursday. Alternative stalwarts, Kurt Vile and the Violators are also in Lawrence. They play the Granada.

The Kansas City Symphony, hot off an Opening Day gig, has a charming program this weekend. Stern and company will perform Debussy’s “Ibéria” and Gershwin’s beloved “An American is Paris.” Chamber music fans can see the internationally-known Takács Quartet on Friday night. That show is at the Folly. Jazz lovers can get their fill at the Folly too, seeing Christian McBride Trio on Saturday. For a blend of both sounds, try Project Trio at The Lied Center. The eclectic flute, cello and bass ensemble mixes rhythms from baroque to swing and rock.

Marc Maron’s career has been one of the most interesting showbiz stories of the past several years. Purportedly spurred by sheer desperation, Maron transformed himself from a well-respected, but minimally famous comic into one of the best known podcasters on the planet. This tour, which stops at the Midland on Sunday night, represents something of a victory lap for Maron. Local comic and KCPT fave Maeret Lemons opens the show. There’s still more comedy on tap, too. Jeff Richards is at Standford’s. Ali Siddiq is at The Improv.

If you want to get serious, KCPT is sponsoring an event that’s sure to stir conversation. The documentary “The Armor of Light” tells the story of evangelical minister Rob Schenck, an anti-abortion activist and fixture of the far-right, and his efforts to preach against gun violence in America. There’s a free Saturday screening at the Plaza branch of the library, with a panel discussion to follow.

You can find tons of live theater, too. The one-woman show, “Marilyn/God” is at Fishtank. “Where the Wild Things Are” is at the Coterie. “The Tall Girls” is at Metropolitan Ensemble and “The Fantasticks” is still showing at the KC Rep. Kinky Boots at the Music Hall is probably the biggest theater event of the week. The songs are by Cyndi Lauper. The book is by Broadway legend Harvey Fierstein, and the brassy, sassy show has won six Tony Awards, including Best Musical.

There’s some seriously dazzling dance coming your way as well. Kansas City Ballet’s “New Moves” is still at the Bolender Center. The collection of contemporary works includes pieces by KCB company members, Charles Martin and Sarah Chun, as well as choreographers with international reps. Look for an especially pretty, sinuous piece by Andrew Skeels. Jonah Bokaer Contemporary Dance is about as pretty and sinuous as it gets. Bokaer is the real deal, having won a Guggenheim fellowship award for choreography last year. His company’s show on the JCCC campus will challenge the mind and move the heart.

Maybe, after watching all that beautiful movement, you’ll be even be inspired to do some moving of your own. Like, say, finally cleaning the house.

— Hampton Stevens is an arts and entertainment writer for local and national publications. Follow him at @HamptonStevens.