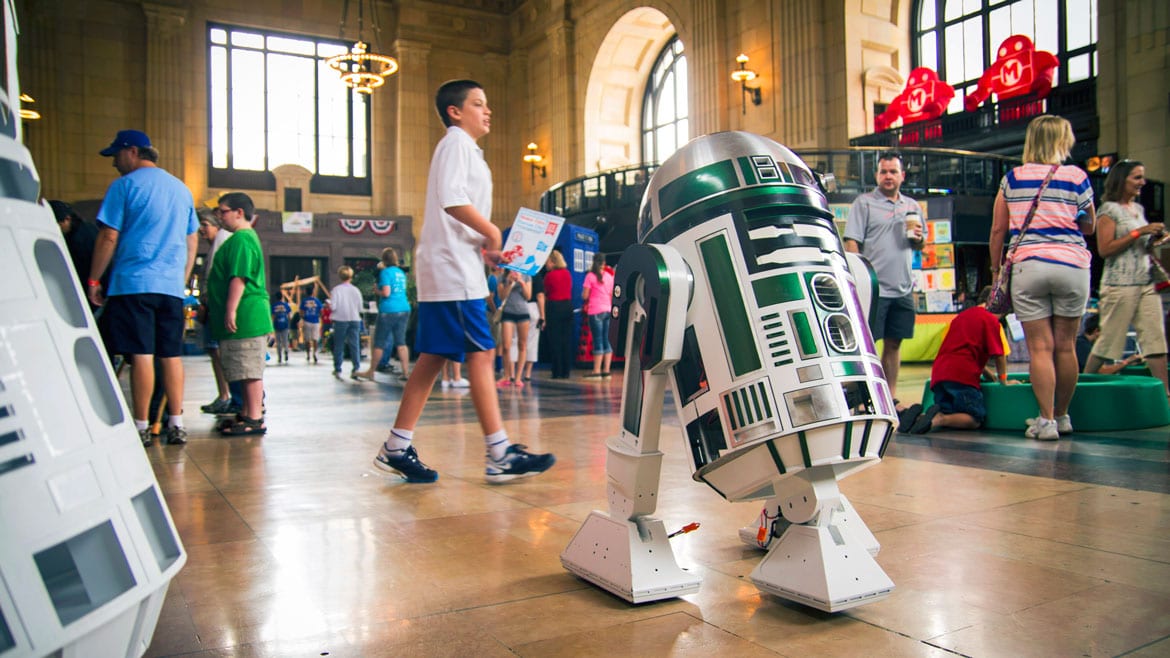 They'll be plenty of robots back at this weekend's Maker Faire at Union Station. (Flatland)
Share this story

This one’s tricky — it has to bridge a gap between the loose-limbed charm of Father’s Day and the balls-to-the-wall blowout known as the Fourth of July. Not to worry. There’s still plenty to do.

It might start with a short road trip 40 miles west to Downtown Lawrence. There you can see what the Free State Festival has to offer.

The short answer is a heck of a lot. The cool kids in Jayhawk-land have taken a page from the Middle of the Map playbook, and to these old eyes, upped the ante. There’s a full slate of movies, talks, food, art and live music. Friday night‘s lineup starts at 5 p.m. and includes Katy Guillen and the Girls, Arthur Dodge and is headlined by The Americans. Full disclosure, The Americans are the house band for an upcoming PBS series called American Epic. Saturday, the legendary Public Enemy rolls in to blow the roof off. Except it’s outdoors. Did I mention it’s free? 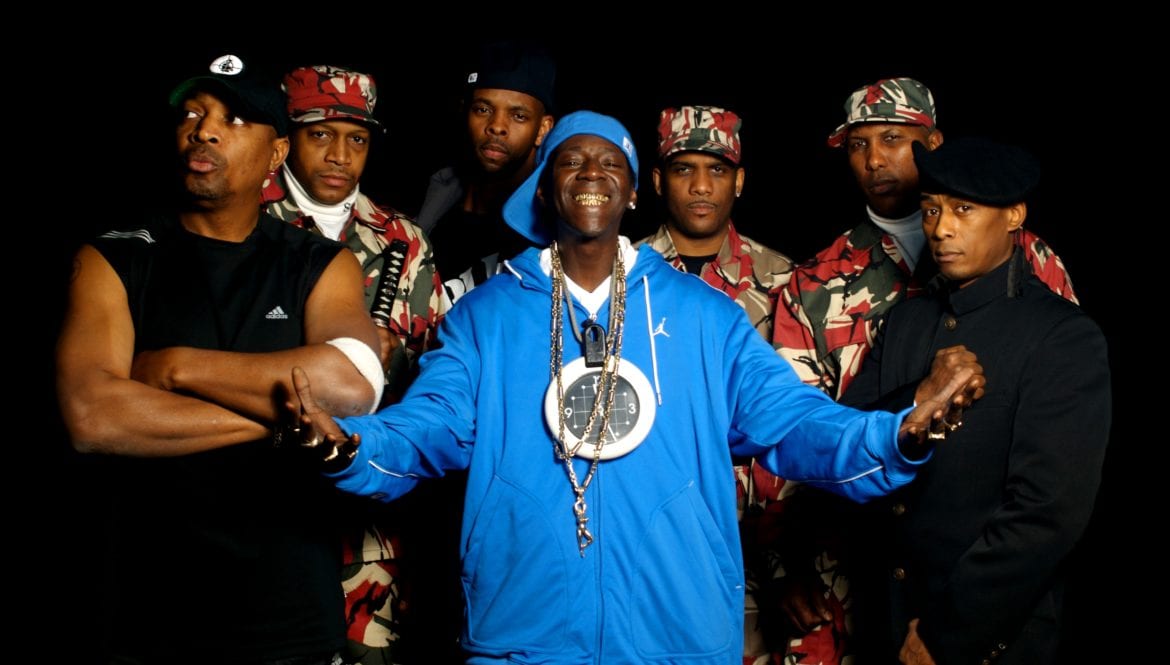 The three-day Blues Extravaganza at Knuckleheads may be slightly less ambitious, but equally festive. They’ve tucked the Blues Cruise reunion into it, which is a great excuse for those who sailed the high seas last winter to convene again on dry land. It’s also a great excuse for the rest of us to hear their bawdy tales. It’s promoter Roger Naber’s 65th birthday, so he’s helped book some of the best— harmonica man Curtis Salgado with Ronnie Baker Brooks on Thursday, Terrance Simien for zydeco on Friday and petite, but fierce, guitarist Ana Popovic on Saturday.

If you survive that and want a glimpse of who you’ll likely be listening to and watching around town in the years to come, something called Future Stages is set for Sunday at the Kauffman Center for the Performing Arts.  Think of it as a five-hour energy drink of music and dance filling both indoor halls, as well as an outdoor stage. It will showcase the arts organizations which train our youth—everything from the AileyCamp the Group to Shakespeare Camp and the School of Rock. A thrill for them, fun for us. The Future starts at 11 a.m.

That wall of glass at the Kauffman Center offers a great view of Union Station, which just happens to have a pretty big deal of its own underway this weekend. Normally, I’m skeptical of things with an extra “e,” but I’ll make an exception for the two-day Maker Faire because along with all the gizmos, gadgets and battle-bots, they’re bringing back the Dunk Tank Flambé. You can also see Rube Goldberg’s granddaughter and an array of workshops on video production. I call that one-stop shopping.

It should be a lot quieter on Gladstone Boulevard at the Kansas City Museum, where more making of another kind is on display. “Fashioning Kansas City Icons: The Art & Inspiration of Heidi Herrman, Steve Gibson and Amina Marie Hood” needs a shorter name, but I dig the premise. Contemporary dresses designed by Herrman, each with a hat by Hood and photos by Gibson pair the garb with the architectural grandeur that spawned it. Come on, that’s pretty cool.  The museum, or at least the part that’s not torn up, is open from 10 a.m. to 4 p.m. Saturdays and Sundays.

And speaking of vintage stuff that looks good on a lawn, the annual Art of the Car Concours (maybe they loaned their “e” to the Maker Faire) means that the Kansas City Art Institute grounds will once again be lined with classics. The goal isn’t to win a ribbon, but rather to dazzle us with specialty vehicles we can’t possibly afford, and raise money for the Institute. There’s some VIP action on Saturday, and the public adoration runs from noon to 5 p.m. Sunday.

I’m pretty sure you won’t see any of those Shelby Cobras or Buick Roadmasters at the drive-in, but that doesn’t mean you shouldn’t take advantage of our metro’s relative wealth in terms of outdoor cinemas. We’ve got the I-70, The Twin and still my favorite, even with the passing train distraction factor, the mighty Boulevard in Kansas City, Kansas. Personally, I think “Finding Dory” sounds pretty lawn-chair perfect, but really with some nachos from the snack bar and a stadium sized screen to see it on, even something loud and dumb like “Central Intelligence” can make this hot, sticky trough seem pretty darned sweet.

— Randy Mason is the Executive Producer of Cultural Affairs for KCPT. Reach him at rmason@kcpt.org.