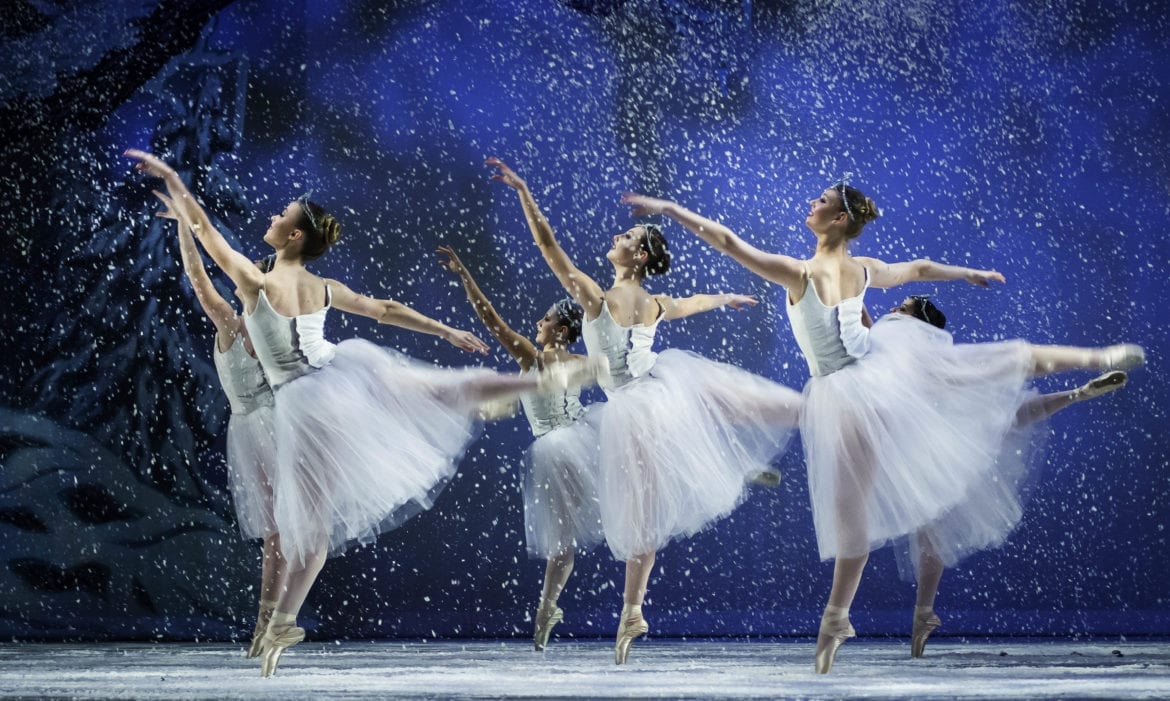 It’s going to be cold this weekend. For realz. Temps may drop to the single digits. In other words, it’s time to get out the wool socks and long johns. And, if you are are into it, whiskey. It is not, however, time to stay home and give yourself a case of cabin fever. Fight the winter blahs by getting out to experience some of what the city has to offer. We have a few thoughts.

The Chiefs are hot. With a wild win against the hated Raiders, our beloved boys are firmly atop the AFC West. Now they look to secure home field advantage for the playoffs. Step one is beating the Titans on Sunday at Arrowhead. The temperature at kickoff is expected to be 18 degrees – one of the coldest in team history. If you go, don’t forget the footwarmers. And handwarmers. And warmers of pretty much any other body part you can name.

If you can’t get to the Chiefs’ game, or just really love football, don’t sleep on the 2016 Division II Football Championship, set for Saturday afternoon at Children’s Mercy Park. Local-ish heroes Northwest Missouri State will meet North Alabama. The game should be a good one – college kids playing for the love of the sport. If you’re feeling extra peppy about it, there’s a pre-game pep rally for Bearcats on Friday night at Power & Light.

The Missouri Mavericks have a pair on the home ice at Silverstein. The club plays the Alaska Aces, who will probably be enjoying the relative balmy temps of KC. Saturday’s tilt includes a teddy bear toss for fans.

The Jayhawks will heat up the hardwood when Kansas meets Davidson on Saturday night. The game is at Allen Fieldhouse East, better known as Sprint Center. K-State is on the road, playing Colorado State, but Missouri is at home against Eastern Illinois. UMKC has a home game, too, meeting Omaha on Thursday night.

Have you gotten your fill of Nutcrackers yet? Don’t be a Scrooge. Or a Grinch. Or whatever Christmas cliché happens to strike your fancy. Just catch Kansas City Ballet’s lush production of the dance classic, running until December 24. Or hurry to JCCC for the American Youth Ballet’s “Nutcracker.” With matinee and evening performances both Saturday and Sunday, major cuteness will undoubtedly abound.

There’s more non-Christmas music on tap. Ironically enough, some from a Christian artist. Friday night, folkish singer-songwriter Josh Garrels performs at Liberty Hall in Lawrence, Kansas. Christianity Today named his 2011 record “Love & War & The Sea In Between” as their album of the year. We bet it still sounds good in 2016.

Country can keep you warm. Sunday night you can catch Old Dominion. Billboard, Rolling Stone and Huffington Post all called them a “band to watch” in 2015. So get down to The Midland and watch them. If you’re out south on Sunday, though, the heat source is jazz. Local artists David Basse and Joe Cartwright play the Polsky Theatre on JCCC campus.

Most of this week’s music, though, like most of this week’s everything else, is all about the holiday season. Fans of a capella will like the Central Standard Holiday Concert at The Folly on Saturday night. If honky tonk is more your thing, Knuckleheads is the spot. Hard Candy Christmas starring Sunny Sweeney is Saturday night. If an Irish sound moves you, get to Lawrence. Ashley Davis and friends: A Celtic Christmas perform Wednesday and Thursday night at the Lied Center.

Classical fans have a pair of fine choices. Those who like a fat orchestral sound should get to the Kauffman Center for The Kansas City Symphony’s Christmas Festival, an onslaught of traditional and seasonal faves. If you want a more intimate sound, see WindSync on Thursday night at The Folly. The dynamic, young, quintet of flute, oboe, clarinet, bassoon and French horn, is offering selections from “The Nutcracker,” along with folk tunes and classic carols. Harriman-Jewell is the presenter, and it’s one of their “Discovery” concerts. In other words, it’s free. (Woo-hoo!) But you need to reserve your tickets here.

You can also catch the jazzy, soulful “Christmas in Song” presented by Quality Hill Playhouse and a cabaret-style “Spectacular Christmas Show”  at Musical Theater Heritage. “Christmas with The Blackbird Revue and Friends” should be a good one, with eclectic guests including Lindsey Jones, Calvin Arsenia and Joseph Peaks. That one is Thursday night at recordBar.

If you need a break from the holiday — and let’s be honest, who doesn’t? — get to The Unicorn. An Octoroon, their biting satire of race relations, is in the midst of surprisingly successful run. Also at The Unicorn, there’s a one-woman show, “Application Pending.” Jennifer Mays ostensibly stars as Christine, a harried admissions officer for a prestigious Manhattan school. She actually plays more than forty characters in the show. Impressive stuff. 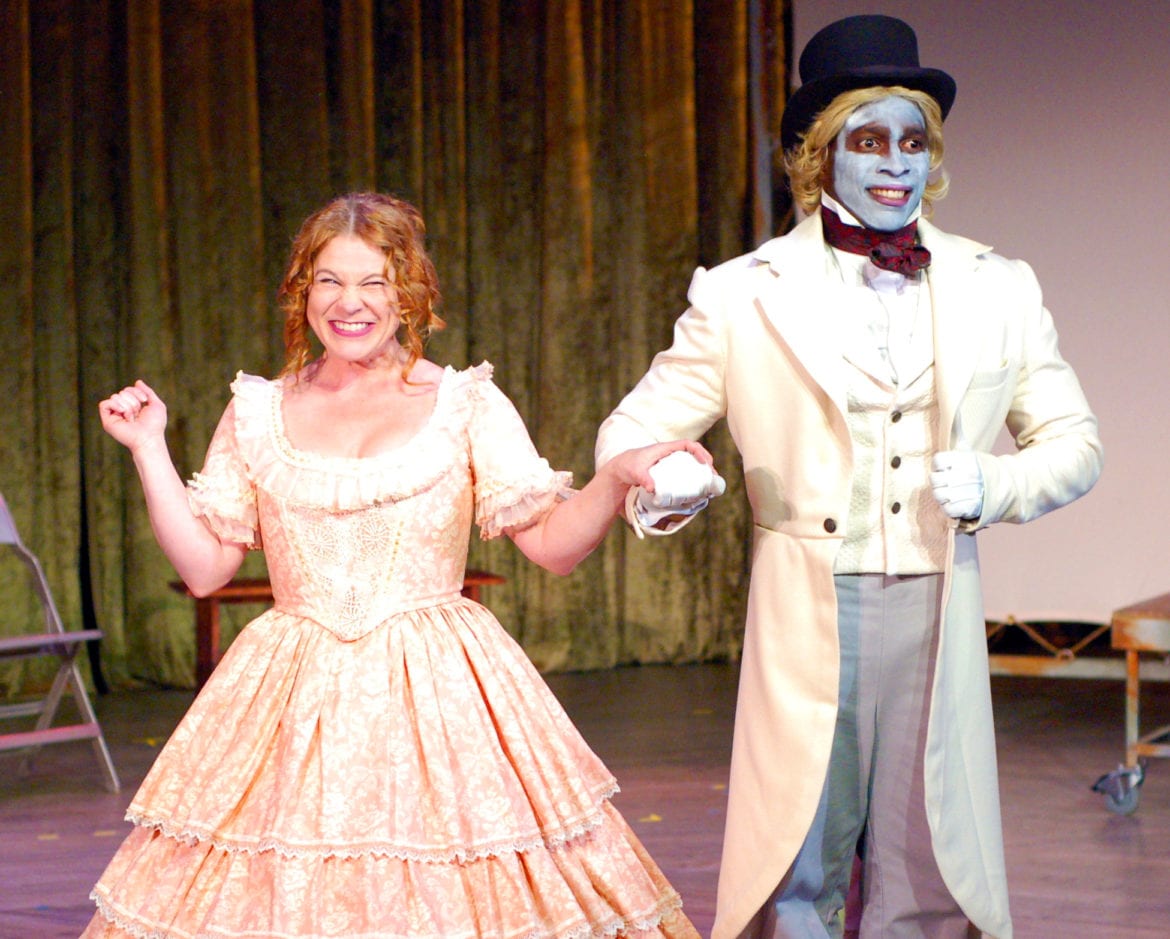 Beyond that, it’s nothing but Christmas fare on stage. The Rep, virtually drowning in the Yuletide, has “A Christmas Carol” through December 24. The Rep is also staging “The Santaland Diaries,” which is David Sedaris’ snarky tale of his ill-fated stint as a Macy’s elf. “Rudolph the Red-Nosed Reindeer: The Musical” is still at The Coterie. “Sister’s Christmas Catechism Extravaganza” indoors at Starlight, closes on Sunday, and “The 12 Plays of Christmas” at The Fishtank closes Monday night.

Finally, you can fight the cold weather blues with comedy. Teague Hayes will work out Friday night at Uptown Arts Bar. The self-proclaimed “liberal rednecks” of the WellRED comedy tour stop at the Improv on Thursday. Also at the Improv, you can see the endlessly sassy Sheryl Underwood, best known as a panelist on CBS’s chat show “The Talk.” She’ll hit the stage Friday and Saturday. Josh Wolf, dreamboat, has experience talking, too. Wolf was a frequent panelist on “Chelsea Lately,” then got his own talk show on CMT. Apparently quite the showoff, he’s also written a best-selling book. His opener all weekend is Maeret Lemons, a Flatland favorite. 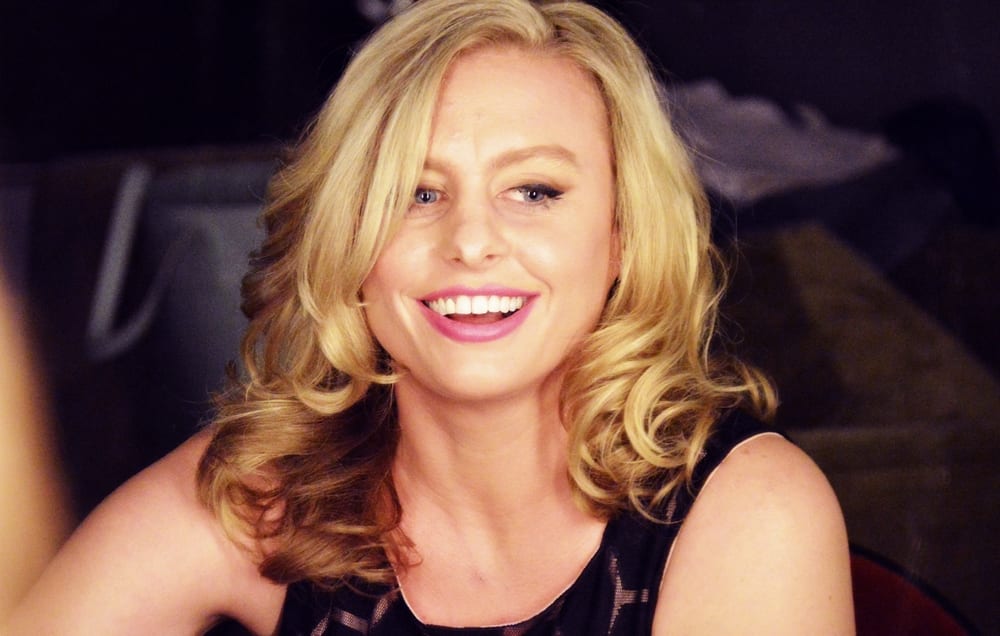