How to Honor Veterans in KC This Weekend 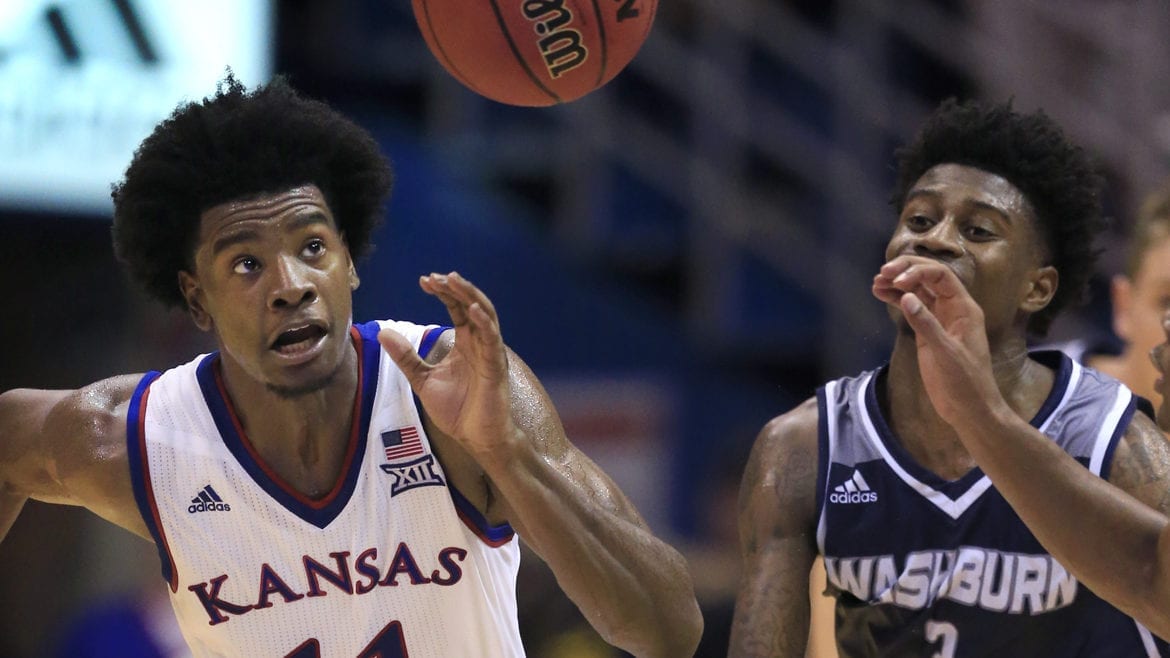 This Friday is Veterans Day. And we need it. No matter how divided the country has been, at least we can all celebrate the sacrifices of those who served our country.

The NFL has never been shy about saluting service. The Chiefs are on the road, though, meeting Cam Newton’s Panthers in Carolina. In the college game, K-State is off and KU travels to Baylor. Only Mizzou plays at home, meeting Vanderbilt. There are, however, sports besides football.

Like hockey. The Missouri Mavericks play a pair at Silverstein Eye Centers Arena. Or, if horseflesh is your thing, catch the American Royal UPHA Thursday through Saturday at Kemper. Because horses are pretty. For something that’s genuinely unusual and a whole lot of silly fun, though, drive to Topeka for Blizzard Bash, a giant indoor demolition derby. Grab tickets here.

The biggest sports news of the week, though, is undoubtedly the start of college basketball season. Yay. After a pair of exhibition tune-ups, the No. 2 ranked Jayhawks tip-off the season against Indiana on Friday night in the State Farm Armed Forces Classic in Hawaii. Missouri is also on the road, meeting Xavier at a tournament in Orlando. K-State, meanwhile, is at home against Western Illinois.

A truly unusual dance performance will celebrate vets. AXIS Dance Company, based in Oakland, mixes performers with and without disabilities. No less of an authority than legendary choreographer Bill T. Jones said, “They showed me what dance could be.” In honor of Veteran’s Day, AXIS will perform a new work that revolves around veterans’ stories of resilience. That show is Friday at the Lied Center in Lawrence, Kansas. 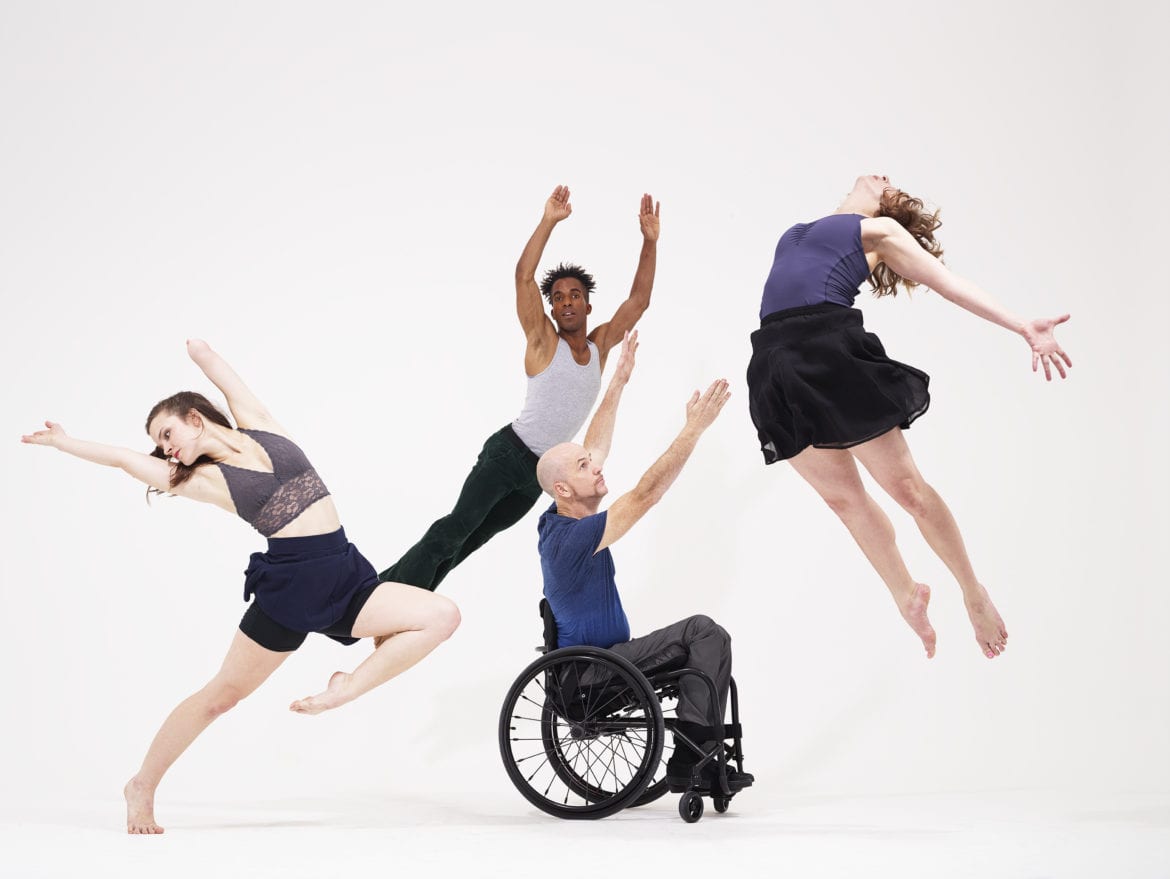 Sunday night at Lied, see pianist Charlie Albright perform a program that includes Schubert and Chopin. In 2014, Albright won the Avery Fisher Career Grant Award. Which is, like, a big deal. Critics love him, too. The Washington Post said he was “among the most gifted musicians of his generation.” The New York Times praised his “jaw-dropping technique,” so be sure to wear a chin strap, lest you end up slack-jawed in admiration.

For some old school rock, get to VooDoo Lounge and catch Blue Öyster Cult. You’ll hear, one assumes, hits like “(Don’t Fear) The Reaper” and “Burnin’ for You”. It’s odd, in fact, how songs which today sound almost mellow were once deemed heavy metal. To see just how much harder rock has gotten, catch Crown The Empire, headlining a super-heavy bill at the Granada in Lawrence on Friday night.

Knuckleheads Saloon has an utterly packed weekend. They can do that, given the venue’s multiple stages. Friday night, it’s all about vets. The Kansas City Blues Society will be celebrating the induction of this year’s recipients into the Kansas City Blues Hall of Fame, with Levee Town and The Phantastics providing the soundtrack. On the same night, across the street at Knucklehead’s Garage, The Moonlight Serenade Orchestra will recreate the swinging big band sounds of an old time USO Canteen Show. A $20 ticket gets you into both events.

The next night at Knuckleheads, you can see zydeco master, the great Chubby Carrier & the Bayou Swamp Band. Because how often do you get to see someone play the accordion really well? Or, for that matter, at all. Chubby has a history at Knuckleheads, too, having made a live record there in 2007. Also at Knuckleheads on Saturday, the very fine, critically acclaimed and much-beloved Alejandro Escovedo will perform from his considerable catalog of alt-country and Tex-Mex roots rock.

Local music matters, too. Sound Machine KC, brought to you by homegrown record label The Record Machine is offering a new, monthly concert series at recordBar. The event will showcase bands on TRM’s roster, as well as acts from other parts of the country. This month’s edition includes JAENKI, GGOOLLDD and Various Blonde. Grab your tickets here. 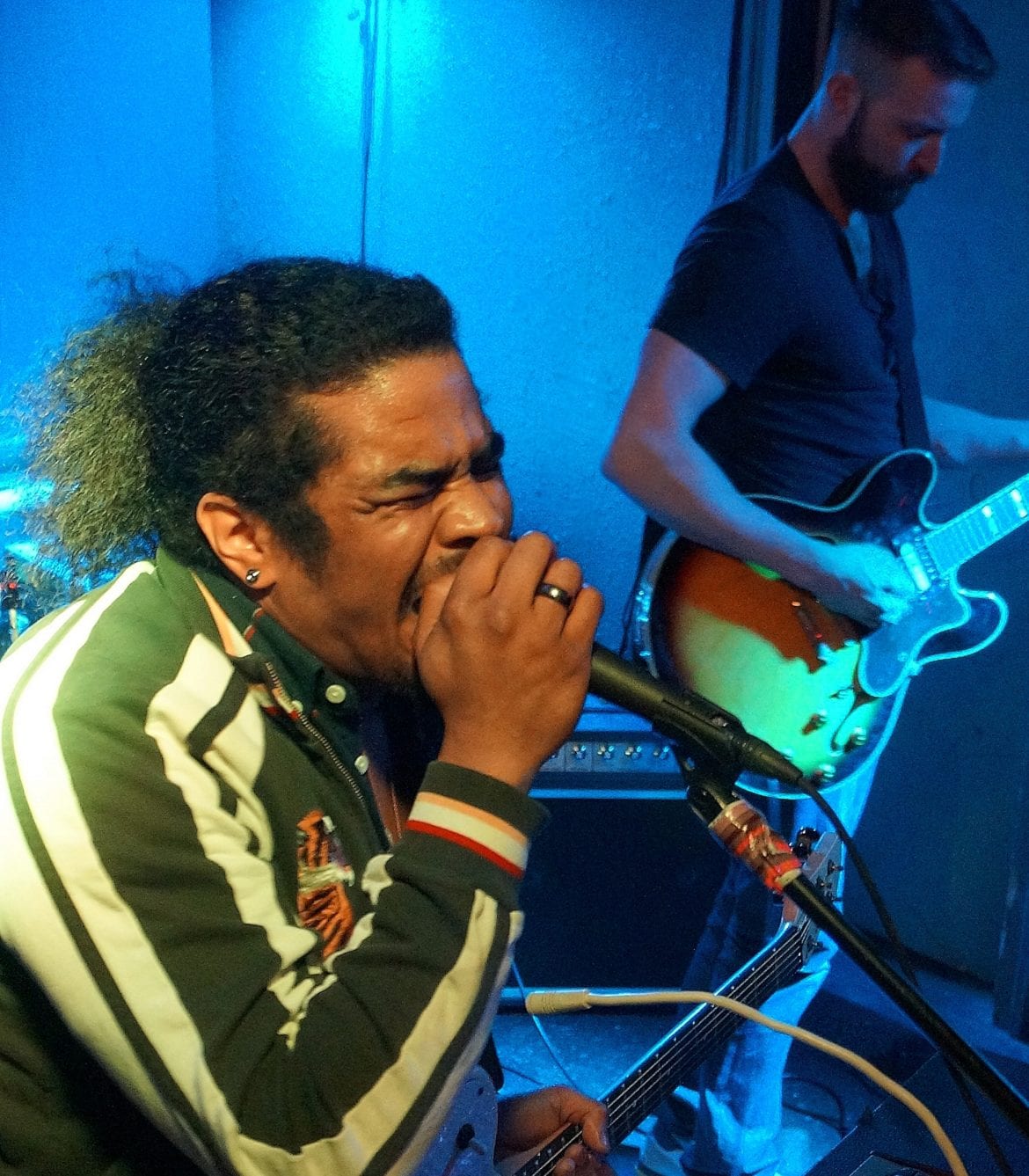 If you want to stretch your veteran love into Saturday, The National World War I Museum and Memorial is hosting famed folk musician John McCutcheon. McCutcheon is perhaps best known for his song “Christmas in the Trenches,” about the famed Christmas Truce of 1914.

Not related to Veteran’s Day, but still an interesting show, prog rock star Steven Wilson plays Sunday at The Folly. Wilson is a self-taught producer, engineer, guitar and keyboard player, and a four-time Grammy nominee. Currently a solo artist, he became known as the force behind the band Porcupine Tree, as well as several other bands, and he has worked with a murderer’s row of prog rockers, including King Crimson, Jethro Tull, XTC and Yes.

If you like choral music, this is the weekend for you. You can see the St. Cecilia Music Festival Cathedral of the Immaculate Conception, an annual festival open to parish and school choirs from around the metro. Te Deum Chamber Choir is presenting a show called “Audacity” at three spots around town. The St. Louis Chamber Chorus will appear at Grace and Holy Trinity Episcopal Cathedral on Saturday. On Sunday, you can experience music that unites us all at the appropriately named Music That Unites Us, presented by the KU Symphony Orchestra and Choirs. The Schlagle High School Choir will be there, too. That event is at the Kauffman Center.

Harrison Ford will also be at Kauffman. Or, at least, one of his most famous characters will be. “Raiders of the Lost Ark” is playing the silver screen in Helzberg Hall, as part of the Screenland at the Symphony series. Go if you have a kid that has never seen “Raiders,” one of AFI’s Top 100 Movies of All-Time. Go if you just really dig brown felt fedoras. Either way, you’ll get Indy and his whip, along with the Kansas City Symphony performing John Williams’ classic score live. Showtimes are Thursday and Saturday at 7 p.m.

You can raise a beer to our veterans at the annual Westport Strong Ale Fest, happening from 1-5 p.m. on Saturday. You can try dozens of high alcohol content beers from more than 30 American and international craft breweries. Tickets are $40 in advance and $45 on the day of the event. That includes a souvenir glass and, obviously, samples. This year’s theme, by the way, is Super Brewer. Festival goers who didn’t get enough cosplay on Halloween are encouraged to dress in their best superhero gear.

If you don’t need all that singing, the drama ”Rachel” is opening this week at KC Meltingpot Theatre. Angelina Grimke’s anti-lynching play was first produced by the NAACP in 1916.

This weekend is your last chance to see “The Invisible Hand” from the KC Rep and “The Way We Get By” at Unicorn Theatre. Both shows close on Sunday.

If you do want singing, “Sunset Boulevard” is playing at the Jewish Community Center for one more weekend. “Nine” is still at Spinning Tree, and “Cabaret” is at Musical Theater Heritage.

Of course, being mid-November, the Christmas shows are here, too. “Rudolph the Red-Nosed Reindeer: The Musical” is starting this week at The Coterie and running through December 31. It’s the story of a reindeer with a red nose. But you probably knew that already. For more Yuletide entertainment, see “A Christmas Stalking: The Mystery Train.” Because, after all, nothing says “peace on earth, goodwill toward men” like stalking and homicide.

As long as you are getting in the Christmas spirit, check out the Hello Atelier Holiday Pop-Up Shop on Friday from 5-8 p.m. at Kansas City Textile Studio. Six locals designers will have wares for sale. Plus, there will be a Hello Atelier listening room, just in case you need to catch up on episodes of the Flatland-hosted podcast.

For stand-up comedy, Def Jam alum Arnez J is at the Improv. We’ve also got a pair of one-name comics in town. Dante is at Stanford’s. You might know him from “Last Comic Standing,” but he’s performed at military bases around the world for years, having entertained more US troops than any comic since Bob Hope. Rebekah Kochan opens.

Thursday night at The Midland, you can catch sleepy-eyed Hannibal Buress. The Emmy-nominated comic and actor is best known for playing crazy dudes on “30 Rock” and/or for helping to bring down Bill Cosby. Kansas City’s own speed rapper Mac Lethal opens the show.

Speaking of Cosby, Sinbad is at Ameristar Casino. You might remember him as Coach Walter Oakes from “A Different World,” a spinoff of “The Cosby Show.” Not for nothing, Sinbad is also a veteran, having served in Air Force. Go thank him for his service, or at least laugh at him, on Saturday night.