The Summer's (Not Really) Over Edition 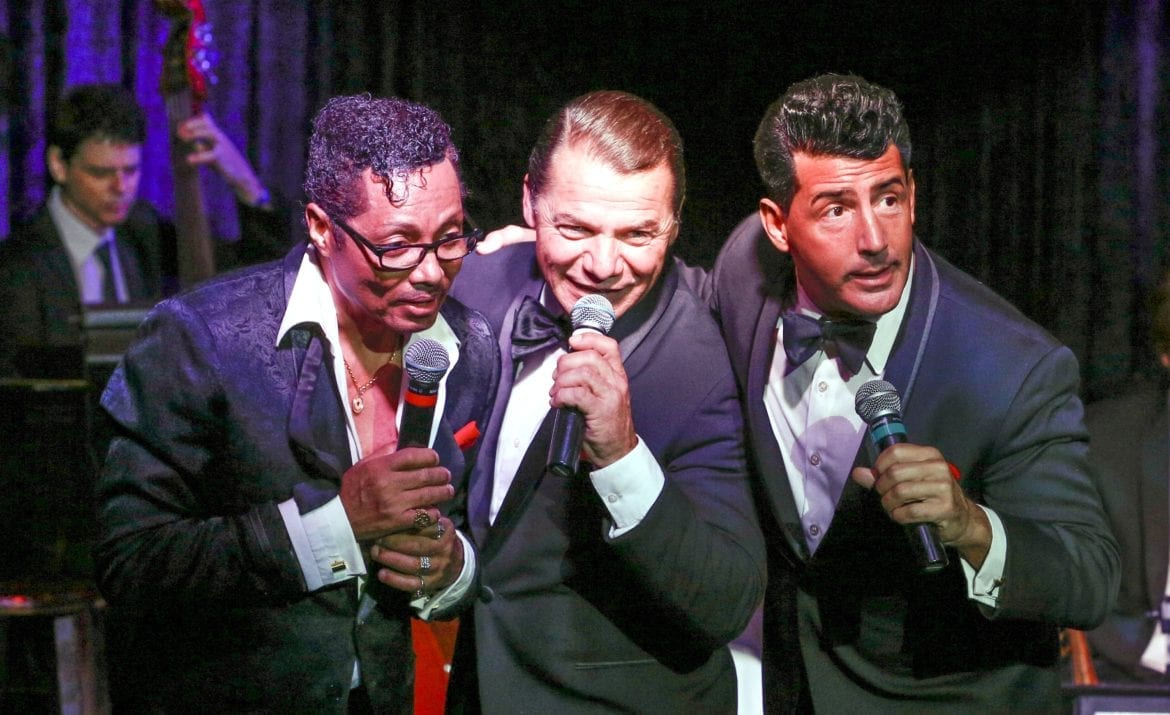 "The Rat Pack is Back" will bring the fun of Sammy, Frank and Dean all the way from Vegas to KC. (Photo: Contributed | Starlight Theatre.)
Share this story

Don’t listen to what they say. Fall doesn’t start after Labor Day. Fall doesn’t start September 22 with the autumnal equinox. Fall starts when the culinary craze of pumpkin spice products appear in grocery stores and coffee shops. While you’re studiously avoiding that autumnal monstrosity, why not enjoy some of the cultural amenities our city has to offer?

Our Royals are still trying to squeeze into the playoffs, but they’ll do it on the road this weekend, with three games in Chicago against the White Sox. Sporting KC is in town, though, with a game against Houston Friday night. But let’s not kid ourselves. By far, the biggest sporting event this weekend is the opening of the NFL’s 2016 slate, including one of the most eagerly anticipated Chiefs’ seasons in years. Or, really, decades. The Chiefs will meet the Chargers on Sunday at Arrowhead. Get ready by wearing red on Friday and hit the appropriately named Red Friday kickoff party and pep rally at Power & Light.

If you want to see people dance – and do so in a lovely setting – enjoy the 18th annual Dance in the Park on Saturday in Roanoke Park. Always a fun little event, the free show will feature lots of cute kids prancing around and some genuinely fine grown-up movement arts, with styles including ballet, modern, contemporary, East Indian, West African, hip-hop and aerial. Artists featured include: City in Motion, Owen/Cox, Street Styles Academy and Voler: Thieves of Flight.

If you would rather dance than watch other people do it, get down to Dancefestopia, a gargantuan weekend of EDM and camping at La Benite Riverfront Park in Sugar Creek. There will be three stages with 35 headlining acts, ridiculous costumes and glow stick galore. There will also be helicopter tours, canoe rides, fireworks and a zip line over the crowd. The local police probably aren’t too excited about it, but about half the high school students in Johnson County probably can’t wait.

If, on the other hand, you like music with words, played by humans, using instruments instead of computers, you have a ton of choices. Country fans, in fact, have a hard choice to make on Saturday night, with Trace Adkins performing at Providence Amphitheater and the great Vince Gill at the Midland.

There’s a pair of shows at the Crossroads. Ozark Mountain Daredevils perform their countrified boomer rock on Friday night, with Brewer and Shipley opening the show. O.A.R, unfairly pigeonholed as a jam band, will offer their signature mix of indie rock, pop and light reggae on Saturday night.

Fans of jazz and standards, or people who just like drunk guys in tuxedos, will want to get to Starlight for “The Rat Pack is Back.” Somewhere between live theater and a tribute act, the show recreates the mid-’60s glory days of Frank, Sammy and Dean, and their seminal Las Vegas nightclub act. Sure, it’s a tribute show, but it’s nevertheless been well-reviewed.

There’s also a pair of classic rock tributes coming your way. First, a tribute of the more traditional kind, when the Australian Pink Floyd Show appears at the Uptown. For a different sort of rock show, though, check out The Music of Led Zeppelin with the Kansas City Symphony, an orchestral rendering of Zep classics featuring Zebra lead singer Randy Jackson and a four-piece rock band.

Unlike, say, The Who, Zeppelin quit when their drummer died. And, in the decades since, they have consistently refused to tarnish their legacy with a reunion tour, despite being offered, no doubt, ungodly sums of money to do so. In other words, your best bet to see Zeppelin’s music live, short of renting “The Song Remains the Same,” is getting to the Kauffman Center on Friday night.

Maybe the best, certainly the biggest, music event this weekend, though, is Saturday’s Crossroads Music Festival, presented by KKFI. The massive, one-day event is happening at various venues downtown and features a virtual who’s who of Kansas City-based bands. Not a Planet will be having an EP release party at recordBar. Be sure to see that show — after you stop by the KCPT Stage at the Living Room Theater. 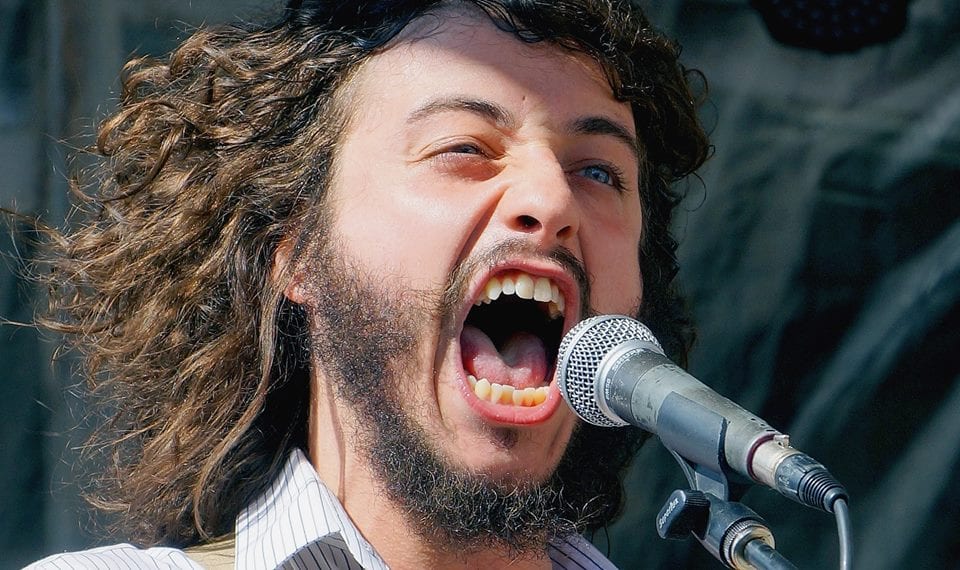 There’s boozy fun to be had at KC Beer Fest on Saturday at Power & Light. The event will feature live music and plenty of food for sale, along with more than 200 craft beers from around the world. None of them, one hopes, will be pumpkin flavored.

For fun that’s more family-friendly than a suds fest, check out Old Settlers Days in Olathe and Pioneer Days in Edgerton, Missouri. For kid-friendly fun that doesn’t involve propagandistic American myth-making, the much-beloved Liberty Corn Maze opens this weekend. Kids also might like the Independence Fire & Ice BBQ Festival, which, beyond the smoked meat, includes music, a kids play zone and free ice skating at the Silverstein Eye Centers Arena. Better yet, you can expose your kids to art. Specifically, expose them to the 37th Annual Westport Art Fair which is pointedly promoted as being exclusively for artists based in KC.

Pumpkin spice aside, there are good things about the end of summer. Like the end of the lull in live theater. Yes, you can still see “Altar Boyz” and “A Soft Escape.” You can also see someone shouting “Stellaaaaa!” In spring, Metropolitan Ensemble Theater staged a production of Tennessee Williams’ classic, “Cat on a Hot Tin Roof.” Now The Kansas City Actor’s Theater is staging a “Cat” of their own, this one starring Cinnamon Schultz and Bree Elrod. Or you can catch far quirkier fare at the always inventive Unicorn Theatre. They’re staging “Hand to God,” an irreverent comedy about a possessed Christian-ministry puppet. No, really.

For a really big stage production, though, get to the UMKC campus. For reasons which remain to be seen, the Kansas City Repertory Theatre is kicking off its 2016-17 season with a musical. Specifically, with “Evita.” Andrew Lloyd Webber’s ridiculously popular rock opera/political melodrama seems like an odd choice for the Rep, better known for straight drama. But given the company’s exceptional track record, and the undeniable charm of the material, we’re excited.

For comedy this week, you can check out local talent at the KC Comedy Fest, with events all weekend at Uptown Arts Bar and Red Front Bar and Grill. You can also see Brian Dunkleman at Stanford’s tonight. He’s most famous for co-hosting the first season of American Idol, then leaving the show. Up north at the Improv, you can catch a true TV pioneer — and Eddie’s Murphy’s best on-screen sidekick. That would be Arsenio Hall. He should be funny enough to take your mind off the pumpkins.

— Hampton Stevens covers the arts and entertainment for regional and national publications. He lives in Kansas City, Missouri with his beloved pit bull, Ginger. Follow him @HamptonStevens.