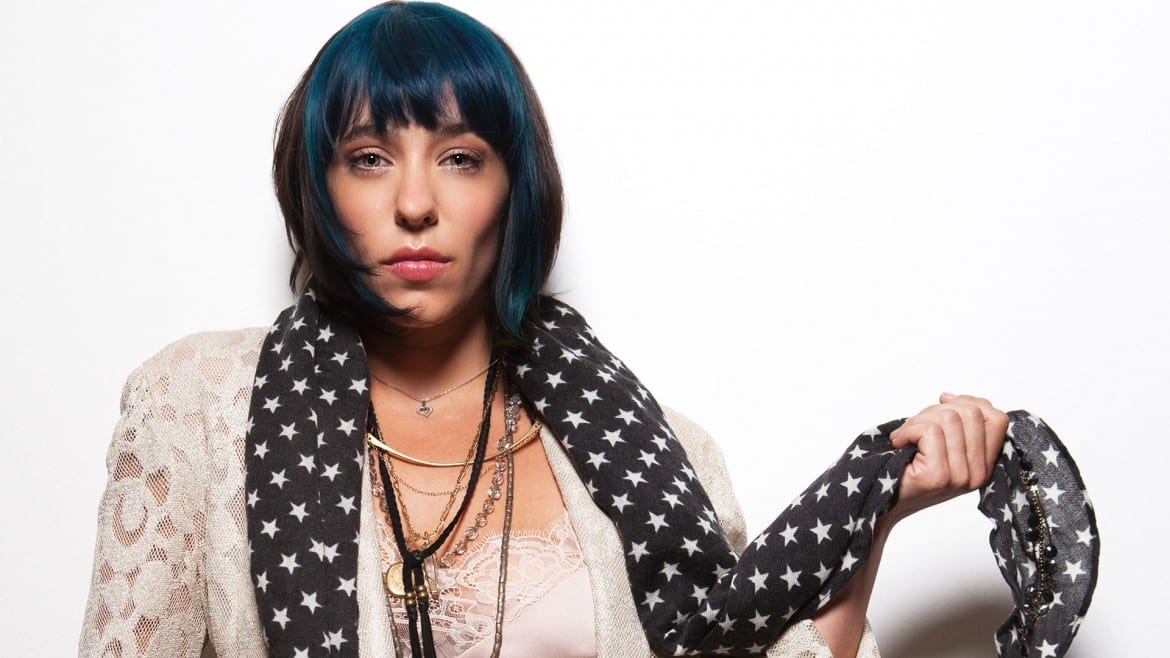 Fans of Kansas City music have heard the voice of Danielle Nicole before, as the singer/bassist/songwriter has been performing for the past 12 years in front of audiences — both in the Midwest and abroad — as a part of Trampled Under Foot.

Now, she’s branching out. Listeners of our partners at 90.9 The Bridge now get to hear Danielle Nicole Band’s “You Only Need Me When You’re Down,” a track from an upcoming blues-soul EP. The track premieres today on the radio station and its website. (Full disclosure: The Bridge is owned by KCPT, which also produces Flatland, which means we’re all friends.)

The EP will be released March 10, just before Danielle Nicole and her band play Knuckleheads Saloon March 28.

The Concord Music Group–produced EP and a soon-to-be-released record were recorded in New Orleans, which Danielle Nicole said influenced her sound.

“With my old recordings, just naturally, that swing from the Midwest and Kansas City was there,” she told the Bridge’s general manager, Jon Hart. “That’s just naturally how the grooves of New Orleans come through the record.”

Danielle Nicole worked with drummer Stanton Moore and Grammy award–winning producer/guitarist Anders Osborne on the record. She said it was an honor to work with such talented and well-known musicians.

“Those kind of people, they’re not going to put their name on something they don’t believe in,” she said.

Danielle Nicole’s six-track EP is a sampling of music from “Wolf Den,” a full-length record that will be released this fall.

“It’s not like a little tiny teaser (though),” Danielle Nicole said of the EP. “It’s a big taste.”

Listeners can expect to hear songs about change and growth, themes that were reflected by Danielle Nicole traveling to New Orleans to record.

“It’s about new beginnings,” she said. “It’s about branching off and … about getting out of a comfort zone and what you’re used to.”

While Danielle Nicole may be branching off on her own, away from the band she was a part of for 12 years, she has gained national recognition that may ease the transition. She won the 2014 Blues Music Award Winner for Instrumentalist – Bassist (as Danielle Schnebelen for Trampled Under Foot), the first woman to win this award. She said that was an incredible experience, and she’s excited to see more diversity in the industry.

“There’s been a huge flood, not only of women, but of youth and female power just coming up and being more musicians and stepping outside of the stereotypical ‘chick singer’ kind of thing,” she said. “And they’re rocking out, and it’s really cool to see that reflected, not only in the music industry, but people, our peers, as well, are respecting it and recognizing it.”