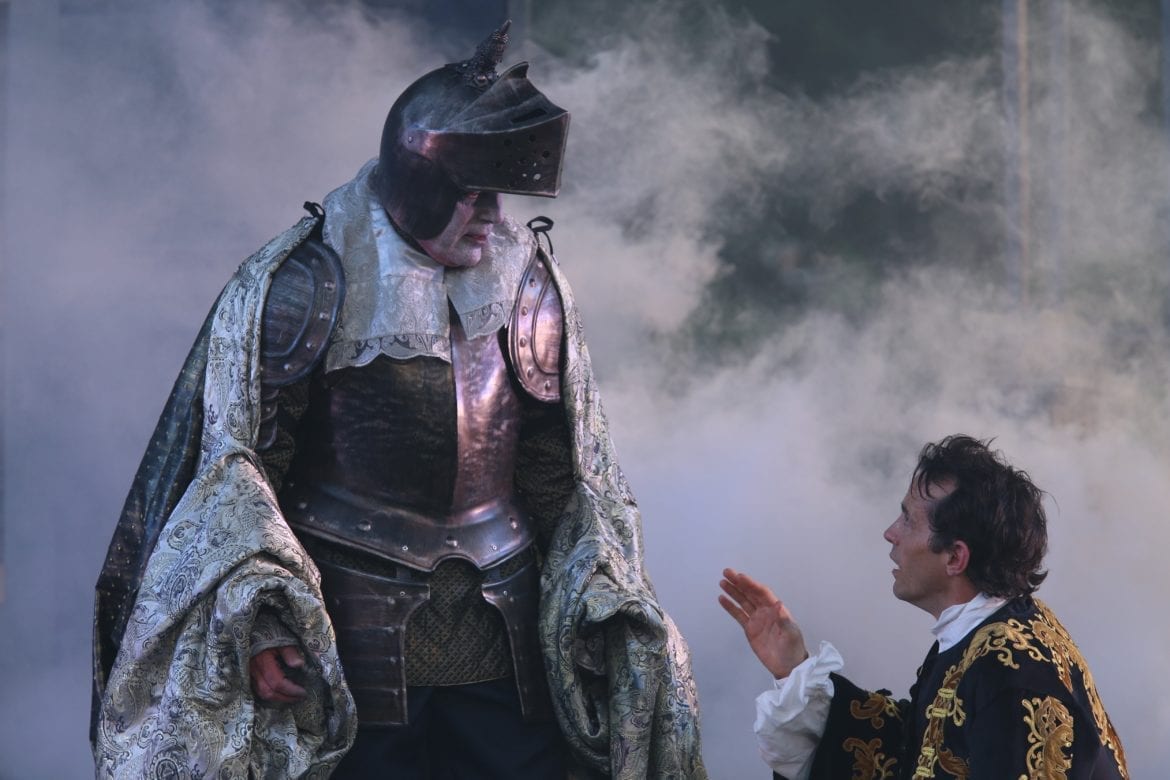 John Rensenhouse as the Ghost and Nathan Darrow as Hamlet in the Heart of America Shakespeare Festival’s 2017 production of "Hamlet." (Contributed | Brian Collins)
Share this story

Get Royal
Oh, how the worm has turned. A few short weeks ago, Royals fans were talking about a fire sale. Now, somehow, despite the team’s two biggest offseason free agent acquisitions essentially being busts, the 2015 Royals are within striking distance of the AL Central lead. Heading into a four-game set against the Twins, KC fans could be excused for a tad of giddiness.

Sure, the promotions this weekend are on point. On Friday, there are post-game fireworks. Saturday, the club plays a pair of games and is offering a pair of giveaways to match: a Kelvin Herrera bobblehead and Stars-and-Stripes themed ballcap. Sunday, you can bring the young ones for a Royals-themed children’s book giveaway.

True fans, though, don’t need marketing gimmicks to get them through the gates. All it takes is dynamite baseball — like Friday night’s expected pitching matchup, featuring Minnesota’s ace Ervin Santana against Jason Vargas, KC’s surgically precise, surprise candidate for the Cy Young.

For a different sort of ball, by the way, soccer fans can catch Sporting KC playing Portland. That one is Saturday night on the pitch at Children’s Mercy.

Get Blooming
If those Friday night fireworks at The K aren’t enough, or you want to get started early on your Independence Day pyrotechnics, do so at one of the metro’s most beautiful spots with Booms & Blooms on Saturday at Powell Gardens. Start by exploring the gorgeously manicured grounds, including a new exhibition, Gardens of Myth. You’ll see sculptures by artist Kendall R. Hart depicting fantasy creatures from around the world, be it fairies and leprechauns or Bigfoot and the Minotaur. Then play games with the kids or indulge in on-site arts and crafts. Stick around for fireworks that start at 9 p.m., accompanied by the Lee’s Summit Symphony.

Get Silly
Some people seem to have it all. Take Joel McHale. Besides being handsome and successful, he’s talented, too. To wit: McHale recently wrapped the 12th and final season of “The Soup,” E!’s groundbreaking and epically smarmy clip show. He also starred in the brilliant NBC sitcom “Community,” has hosted the White House Correspondents Association Dinner and just published his first book, “Thanks for the Money.” Friday night, McHale, his talent, and his annoyingly well-sculpted abs will make ‘em laugh at the Midland.

Get Freaky
The actual Grateful Dead, or at least what’s left of them, are performing at Wrigley Field this weekend. The next best thing, though, is coming to the Crossroads on Friday night with a visit from Dark Star Orchestra. For 20 years, DSO has served up the Grateful Dead concert experience. True, they’re called a tribute act, but that’s not entirely accurate. Unlike a genuine tribute band, DSO doesn’t visually impersonate the performers. No one, thank goodness, will don a Jerry beard or wear those dangerously short shorts that Bob Weir made infamous in the ‘80s. DSO does, however, uncannily recreate the Dead’s wildly distinctive, psychedelic Americana sound. The Crossroads crowd will no doubt recreate that equally distinctive, patchouli-and-weed-smoke-soaked atmosphere.

Get Jersified
Or, instead of going back to the music of ‘80s, you can go back to the music of the early ‘60s for “Jersey Boys.” The show, 2006 Tony-winner for Best Musical, dramatizes the true-ish story of The Four Seasons, a quartet of Garden State kids who got together, wrote their own songs, and sold some 175 million records worldwide, including “Big Girls Don’t Cry,” “Sherry” and “December 1963 (Oh, What A Night).” The show, which opened at Starlight on Tuesday night, runs through Sunday. 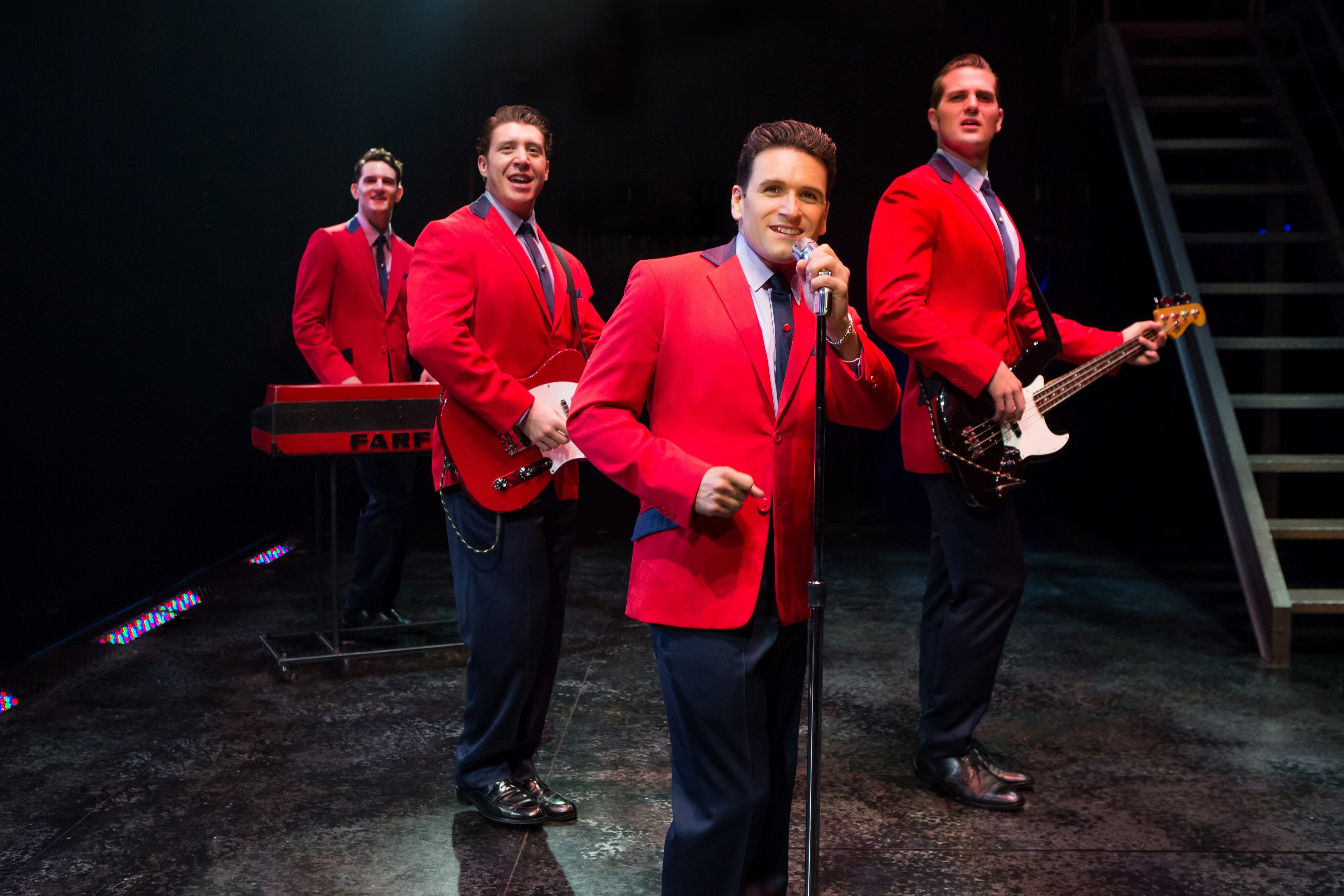 For live theater that’s a little more serious, or, really, a lot more serious, you also have one more weekend to see the Heart of America Shakespeare Festival’s production of “Hamlet.” Be sure to show up early for the pre-show parody to lighten the mood. Because, spoiler alert, the mood gets way dark and the hero dies. 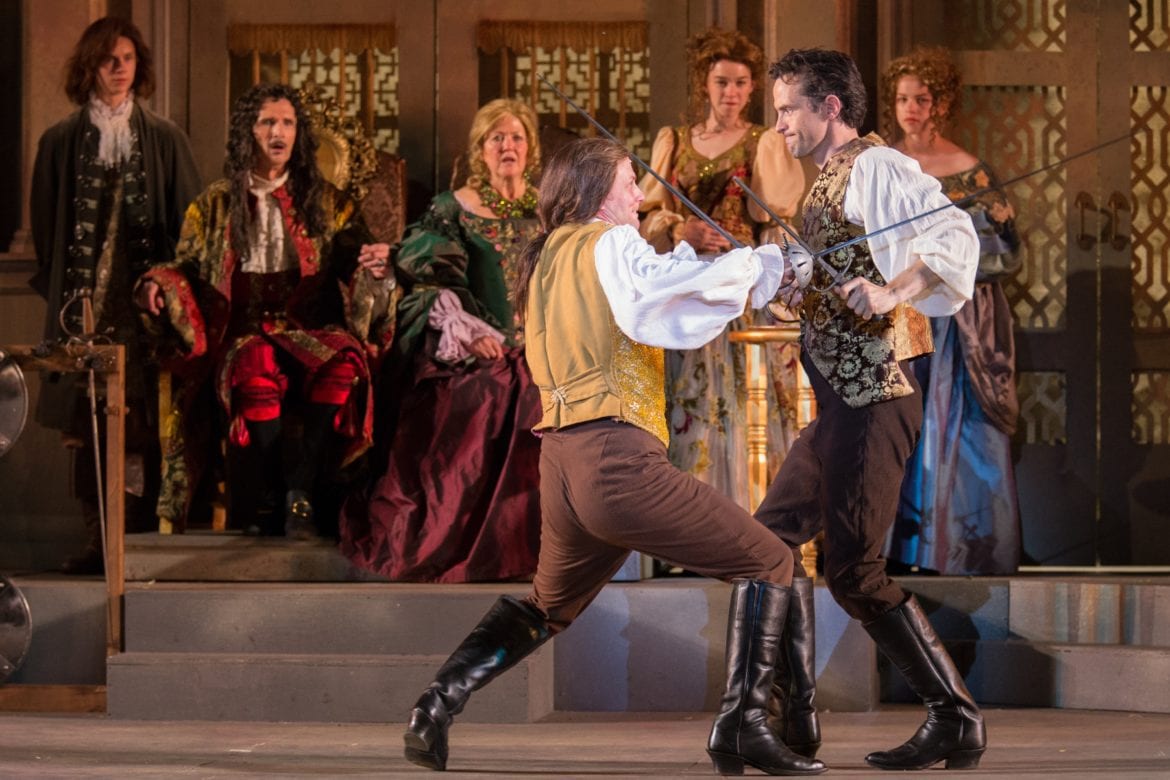 —Hampton Stevens writes about the arts and entertainment for regional and national publications. He lives in Kansas City, Missouri, with his pit bull, Ginger. Follow him @HamptonStevens