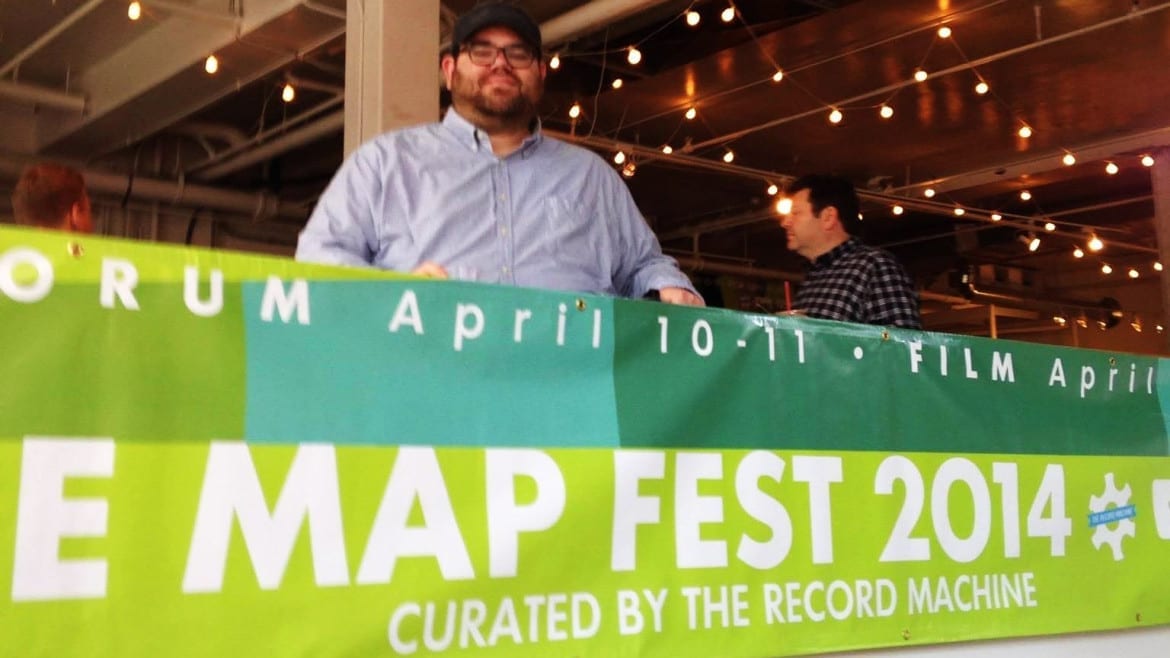 The music business has stood on rather volatile ground for the past two decades. Piracy — and a momentous shift in the way people consume music — shook the foundations of what had become something of a predictable business model. The major labels are still reeling from the blows, largely spending the last 15 years picking up the pieces and trying to find new ways to get at your disposable income.

During that time, independent record labels, who were remarkably unaffected by the shift in the industry, kept doing what they do best — finding cutting-edge sounds and releasing albums backed more so by the passion of label reps than huge marketing budgets. And music as a whole has benefitted from their efforts.

Kansas City independent label The Record Machine is a shining example of this ethos, and has proven that treating artists as family, and not as commodities, can create something that transcends bottom lines. The label is committed to creating a community out of Kansas City’s music scene and has succeeded in elevating local artists to national recognition.

The label was cofounded in 2003 by Nathan Reusch and Mike Russo. And at its inception, their work with the label was more about finding an outlet for Reusch and Russo’s love of music than any sense of entrepreneurship.

“I was 24, Mike was 19. So we were starting it naively,” Reusch said. “It was something we were really passionate about. It wasn’t that we didn’t see a future in it, or we didn’t know what our future was. It was just what we really wanted to do, so that’s all that mattered. Over time, it built into something more.”

That “something more” is now one of the Midwest’s most respected independent labels, with a roster of more than 20 bands, including some of the area’s best local acts along with bands poached from music mainstays like Chicago, Los Angeles, Austin, and Nashville, among others.

During its twelve years, the label has seen significant growth — a result that Reusch and Russo attribute to developing a sense of partnership with their acts and taking risks on projects they believed in. The label has never relied upon traditional investors and has leveraged mostly grassroots resources to operate.

“We’ve had to figure out how to come up with the money for each next release. Sometimes things break even and sometimes they don’t. It’s a labor of love more than it is a profitable business,” Reusch said. “I think that’s one of the reasons it has stayed as pure and something that we’re really proud of through every record we’ve done — because we didn’t have to have some big investor come in and say, ‘You have to make $50,000 on this record because I’ve invested that much money into it.’”

Reusch and Russo also credit much of their success to their efforts to stay “nimble” – a concept they apply to both taking risks on bands that they love and their willingness to try new things.

“We have ten ideas that we’re incubating and discussing at any given time. And we have to do that because that’s the way we’ve survived – figuring out what is the new thing. I used to work at a major [label], and there everything is about sales, sales, sales. And they can’t be nimble.” Russo said.

It was this concept of being nimble that led to their involvement in curating Middle of the Map Fest, which started in 2011 as a partnership between the label and Ink Magazine, and has grown into the crown jewel of Kansas City’s annual music schedule. MOTMF 2015 boasted more than 100 local and national acts, playing over three days at eight venues across Midtown. And while much of the genesis of the festival came from the label’s insistence on trying new ideas, it was emboldened by their aim of providing a national stage for Kansas City bands.

“There is a breadth of talent here that is very overlooked on a national scale. There are a few bands like Radkey and Beautiful Bodies that are building national names, but there is still so much good music that’s here that not everyone knows about. So our goal has been promoting that.” Reusch said.

Their efforts to achieve that goal are echoed in the label’s most recent project, How to Keep Dreaming Vol. 1, which was released on September 10th as a stream and name-your-own-price download. Proceeds from sales are being donated to the Midwest Music Foundation, a nonprofit aimed at providing healthcare for area musicians, among other services. The part compilation, part sampler, part music nerd geek-out is the first in what the label hopes will become a multimedia series that will showcase both its own bands and the local scene.

“We want to be a part of the community and we want Kansas City to be part of what we’re doing. We’re really proud of this city. We started here and we’ve stayed here over the years. So it’s really important that that’s the backdrop of a lot of the stuff we’re doing and promoting.” Reusch said.