The Jazz Icon Talks About His Life, His Music, and His Mission to Bring Jazz to a Wider Audience 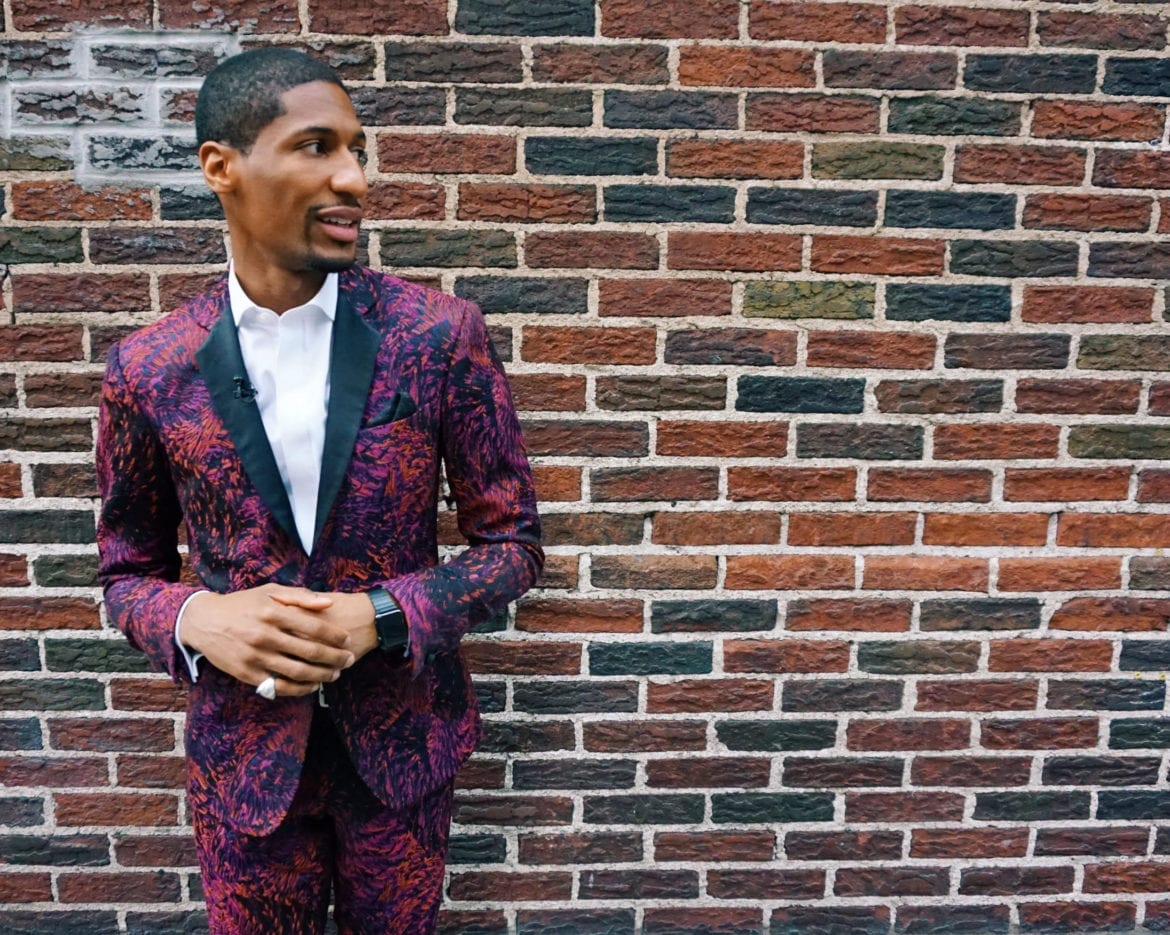 New Orleans jazz musician Jon Batiste will be in Kansas City this weekend picking up a Lifetime Achievement Award from the American Jazz Museum. (Contributed)
Share this story

On Friday, the American Jazz Museum will welcome music icon Jon Batiste to Kansas City to recognize his successful music career and his work as a mentor and steward of jazz music with a Lifetime Achievement Award.

The award, which has been given annually since 2005, seeks to commend those individuals who have made contributions to jazz, those who promote accessibility to jazz, and those whose work results in an increase in the outreach of jazz education.

For Annalise Fonza, the Strategic Partnerships Coordinator for the American Jazz Museum, Batiste was an obvious choice.

“He certainly fits all three of our categories. He’s globally celebrated as a bandleader and educator,” Fonza said. “And as a television personality, he uses his skills, vision, and charisma to accomplish that criteria. That’s what did it for us. We see him as someone who has made jazz accessible to a new demographic.”

Flatland caught up with Batiste before a taping of the “The Late Show with Stephen Colbert,” where his group, Stay Human, performs as the house band, to talk about his career and his efforts to bring jazz to a wider audience.

Flatland: Some folks might think it’s strange that you’re receiving a lifetime achievement award at the age of 30, but you began your jazz career at a very young age didn’t you?

Batiste: Yes, I was 11 years old. I wanted to challenge myself and push my musical consciousness to the highest level. Jazz really afforded me the opportunity to do that.

Your family is well known in New Orleans as something of music royalty. What was it like being around that much talent, and how much did that play a role in your development as a musician?

A lot of it was really my dad, who is a bass player, and his tutelage when I was a kid. My mom took me out to take classical piano lessons when I was younger. After getting that foundation in the house, I started playing with several cousins that played music in my father’s side of family. We had a junior family band and a senior family band. But there were three of us who played drums and you can’t have a band with all drummers. I was the youngest drummer and the least accomplished, so I had to figure out what my lane was. That’s when I started taking piano seriously.

And what drew you to the piano as an instrument?

A lot of people would always say that I had large hands. People called them piano hands. So that made it the instrument of choice. Also, I was drawn to it because the piano has the most versatility. The piano is the conductor’s instrument. You can compose music and you can see everything happening on stage. So it’s a very visual instrument. I wanted to be in that role, intuitively, even as an 11-year-old kid. 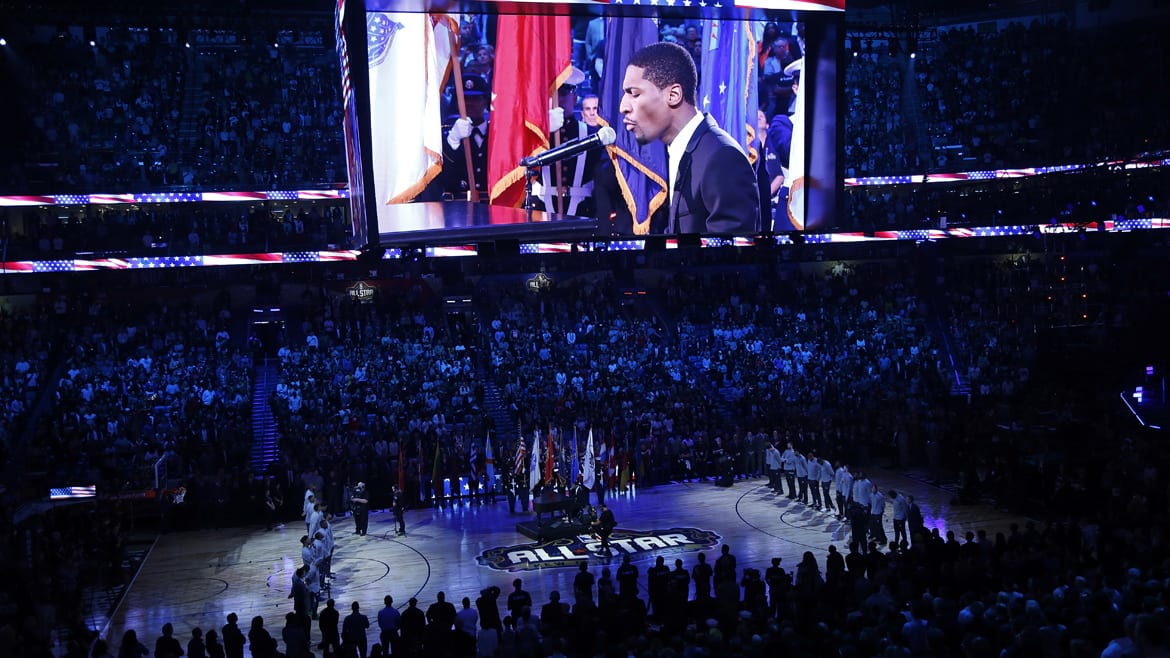 You have described your sound as “social music”, and that concept has been present throughout a lot of your work. Can you describe what social music means to you?

Social music is my perception of how jazz has evolved in the modern world. We are so connected through technology, that it gives us access to information and to each other at rapid speeds. And jazz is the form of music that most resembles that. It’s about people coming together from all different backgrounds and cultures and creating a dialogue in that moment. It’s the most modern form of music in that sense, simply because it’s created as you’re sitting there.

But in a philosophical form, it’s more about bridging different barriers that have been placed up culturally, economically, and racially, through music. Getting people to come together and creating music literally anywhere. Wherever you decide that music can create that spirit.

It seems like you get to see that in person when you’re doing the Love Riots (public performances by Batiste’s band), where your audiences are typically pretty diverse but everyone seems to have the same, visceral reaction to the music.

Yes, it’s exactly that. Social music, above anything else, is an idea. When you look at the idea of bringing people together with music – what that sounds like and feels like – you realize that it’s about the music, but more than that, it’s about the energy. And that’s what brings all the different generations together. You’re not buying into a specific lifestyle brand or whatever is marketed to you as the next big thing. It’s just about music and community.

We’ve done a lot of [Love Riots] around the world and the response is always the same, which leads me to believe there’s just something in us. Before music was commodified and before there was a capitalist system to sell music, what was the function of music in the communities? What was the function of music for native americans, or people in Appalachia or for the early African American slaves? Since the beginning of time, music has been something that brings people together in the community.

It’s still that way in New Orleans. You have second lines, you have music for people when they are born and when they die, and music for different functions within the community that are the glue of the society. That’s what social music is about as an idea, it’s not about jazz, it’s about the people.

You’ve accomplished a lot as a musician, but it seems like more recently you’ve taken on the responsibility of being a steward for jazz, like your role as Artistic Director At Large of the National Jazz Museum in Harlem or your many mentorship programs. What drove you to get more involved on the leadership side of the genre?

When I was 14 years old, I played with some of the greatest jazz musicians in the world – Ellis Marsalis, Edward Kidd Jordan, Clyde Kerr Jr. – some of the elders of New Orleans pedagogy in jazz. And it just became a natural part of how I related to the world because it was such a big part of my upbringing. When I moved to New York, I got to the point that I had a platform of my own. A lot of opportunities came to me to mentor young musicians and be a representative for the culture. And it’s just a natural progression – from student to teacher.

Many people have described your work as bridging a gap between traditional and modern jazz. Is that something you actively set out to do?

While I was at Juilliard, I focused on jazz and I spent several years developing my music and my voice. As a 19-year-old kid, you want to see 19-year-olds in the audience, and I didn’t see too many. And during those years, my main focus was to bring people into the artform that didn’t understand it. And that idea has just become a part of what is now a really larger movement. And I’m really proud of that. Jazz is one of the greatest forms of communication and one of the most profound forms of art. It represents humanity on such a deep level. And it will always be a deep seated part my mission.

Batiste will perform at the award ceremony at 8 p.m. on Friday April 7, at the Gem Theater (1615 E. 18th St.). Local artists Eddie Moore and the Outer Circle, Deborah Brown, Joe Cartwright, Charles Williams, Darcus Gates and Glenn North will also perform. Tickets can be purchased at the museum’s website.