How the MC’s Death Made Me Sad for Hip-Hop 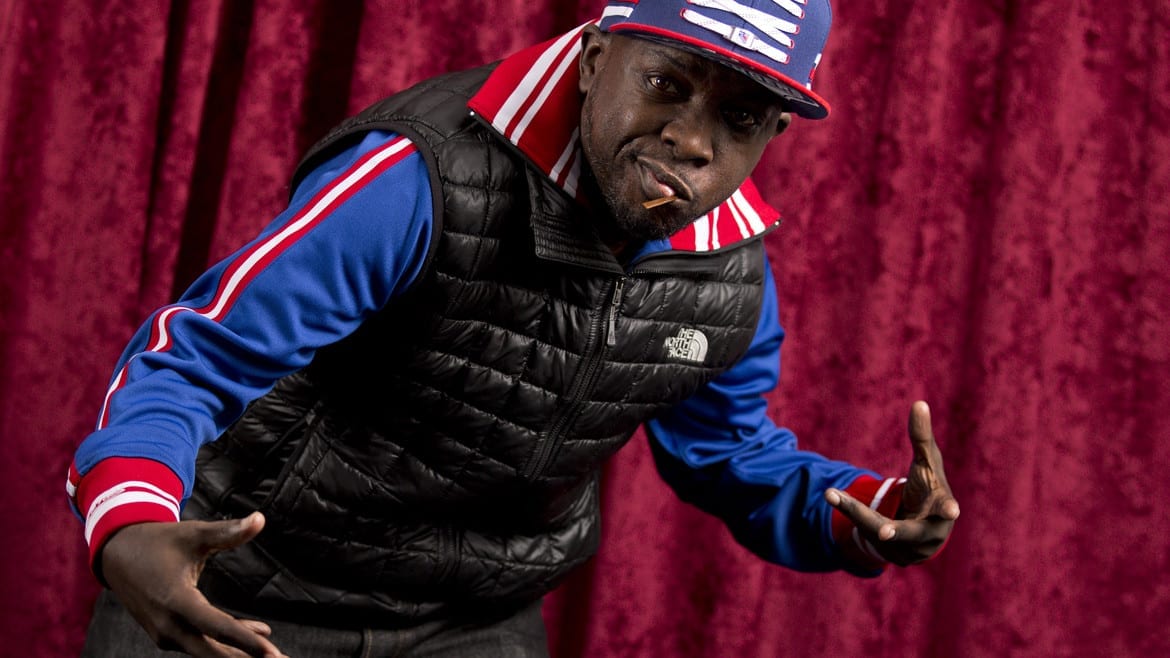 With the passing of Malik Isaac Taylor — aka Phife Dawg, of A Tribe Called Quest — the golden days of hip-hop may be behind us. (Photo: Brian Ach | Invision/AP, FIle)
Share this story

It was a rough Wednesday morning for hip-hop enthusiasts like me, who learned that Malik Taylor, aka Phife Dawg, aka The Five Foot Assassin, had passed away at age 45. The MC was best known for his work with A Tribe Called Quest – a Queens-based hip-hop trio featuring Phife, Q-Tip, and Ali Shaheed Muhammed, that is widely considered to be one of the most important and influential hip-hop groups of all time.

Phife had been struggling with a litany of well-publicized and frequently-referenced health issues for decades (going as far as jokingly calling himself “a funky diabetic” on Tribe’s “Oh My God”). And while Phife’s death is certainly a tragic loss of a talented lyricist and brilliant mind, his passing sadly highlights the fact that hip-hop as a genre has strayed far from the golden age it enjoyed during Tribe’s heyday.

The MC’s death also strikes a personal chord, as his group was instrumental to my development as a lover of all types of music.

When I was growing up in the comically un-mean streets of the Johnson County suburbs, hip-hop was the only music on my radar. And for a kid in the 90s hitting the MTV feeder bar for culture pellets, loving hip-hop meant loving Dr. Dre, Snoop Dogg, Warren G, Ice Cube, Nas, and Jay-Z. It meant you had a passionate argument for whether 2Pac or Notorious B.I.G. was a better rapper (the answer was and is Biggie). In KC, it meant Hot 103 Jamz was preset No. 1 on your car stereo.

And I lapped it all up. But being from the suburbs, commercial radio and MTV were my only portals to that world. So if it wasn’t served up on that golden platter, I didn’t hear it. Knowing this, my older sister bought me a copy of “Midnight Marauders”, Tribe’s third album, for my 13th birthday.

“If you’re going to listen to hip-hop, you might as well listen to good hip-hop,” she said.

And she was right. It was a whole new world. The tracks were sample-heavy with jazz instrumental melodies and a lyrical flow that frequently switched multiple times in the same track. Tip and Phife would trade verses like they were having a conversation and use actual poetic devices to craft songs that had substance but also made you bob your head. They rapped about social issues, about their cultural backgrounds, about love, and about politics – a far cry from the weed-infused, gun toting, party vibe of the hip-hop that dominated mainstream airplay.

And just like that, my taste changed. Tribe opened my mind to other, like-minded hip-hop groups, like De La Soul, Pharcyde, Outkast, Arrested Development, The Roots, and Fugees – worthy torch-bearers of the “boom bap” sound that many attribute the most important era in hip-hop’s history. And the collective ideas of these groups warmed me up to all genres of music.

In short, loving Tribe taught me to love music. And it taught me to go outside of the mainstream avenues to find it.

Though he wasn’t that old, losing Phife is an indication that the golden age of hip-hop is over the hill, which is strange but oddly comforting. While it hurts to think that I will likely be alive to witness the death of the majority of hip-hop’s pioneers, it’s nice to know that I watched them establish a strong — and seemingly permanent — foothold in music history.

Perhaps more importantly, Phife’s death motivated me to go back and listen to all of Tribe’s albums, which served as a cruel and painful reminder that hip-hop today is not what it used to be.

A mere two decades after its golden age, the bulk of mainstream hip-hop has been reduced to a spiritless, cash-grabbing record label commodity. And sadly it has been one of the few genres of music that has continued to be commercially successful despite the fact that there are fewer and fewer artists pushing the creative envelope.

As a consequence, the imaginative beat production, thoughtful lyrics, and artfully arranged flows of old have been replaced by a seemingly unending parade of thin and uninspired instrumentals and auto-tuned, mostly-yelled tirades about ultimately meaningless symbols of dubious wealth. It sells well on iTunes, affords white frat boys an excuse to feel tough, and gives otherwise struggling major labels some cash flow, but it’s a pathetic shadow of what hip-hop used to be —and more importantly, of what it can be.

Hip-hop duo Dead Prez saw the writing on the wall as early as 2000, with their seminal “It’s Bigger Than Hip-hop,” wherein stic.man laments: “…all y’all records sound the same/I’m sick of that fake thug, R&B rap scenario/all day on the radio, same scenes in the video/monotonous material, y’all don’t hear me though/these record labels slang our tapes like dope”.

Don’t get me wrong. There are plenty of good MCs still putting out music – Kendrick Lamar, Chance the Rapper, Run the Jewels, and Vince Staples come to mind. So the future of the genre is not as dire as my Chicken Little rant above may make it seem.

Upon Phife’s death the first thing I thought about is how the teenage me took real hip-hop for granted. And that’s not a mistake I intend on repeating. When it’s done properly – the way that A Tribe Called Quest did it – hip-hop can be a beautiful and inspiring art form. And those of us who grew up watching Phife do it will feel forever blessed to have had the privilege.

— Do you disagree with our take on modern hip-hop? Have any thoughts of your own on A Tribe Called Quest? Share them with us by commenting below, emailing pdancalderon@gmail.com, or tweeting us @dansascity.