Your Guide to the Music Lovers’ Holiday in KC 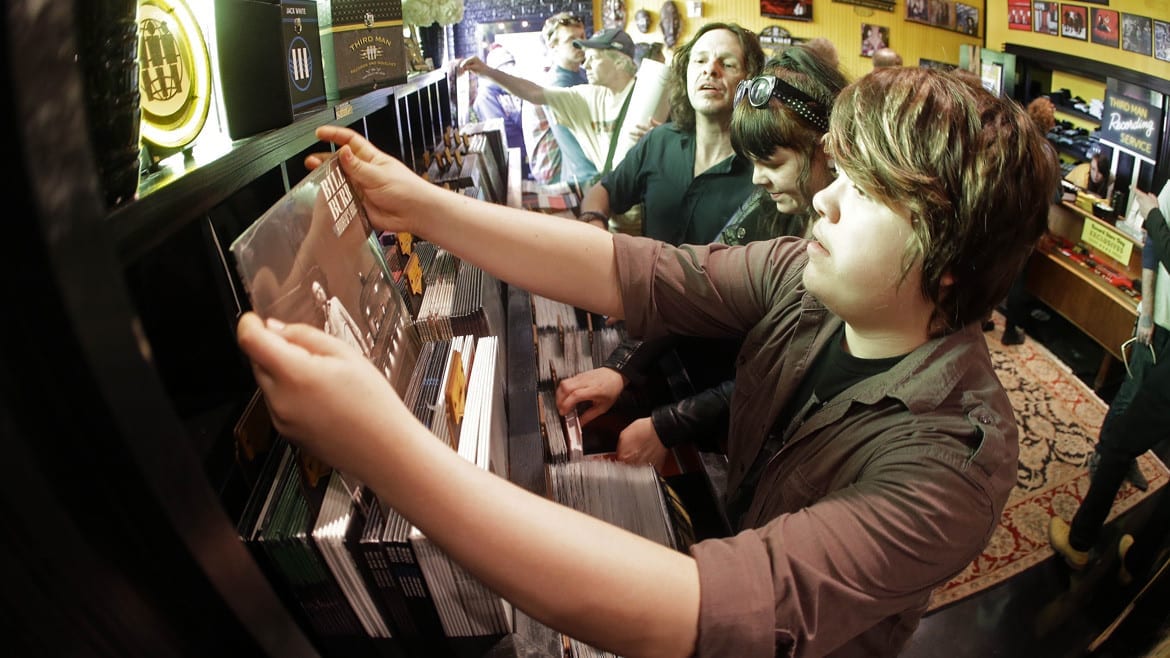 Record Store Day is back for its ninth year of encouraging music lovers to go out and buy vinyl from local shops. (Photo: AP file)
Share this story

On Saturday, April 16th, many of Kansas City’s finest purveyors of vinyl will celebrate the ninth annual Record Store Day – an international music holiday of sorts, aimed at promoting and encouraging the music-buying public to purchase said music from local, independent, brick-and-mortar retailers.

The revered music nerd festivus began in 2007, not long after traditional retail behemoths Sam Goody and Tower Records let loose their death rattles in the wake of online piracy and iTunes’ rise to power.

Thereafter, a group of record store owners, led by Michael Kurtz, President of the Department of Record Stores, pooled their collective ideas to combat the issue of waning sales and the threat of losing independently-owned record stores for good.

Taking heavy inspiration from Free Comic Book Day, which re-invigorated the public’s interest in comics while also piggybacking on the then-novel (and now trite) success of comic book-based superhero movies, Kurtz and company convinced a strong network of independent stores to hold party events at their shops while simultaneously offering exclusive limited edition vinyl for sale.

And the holiday has grown exponentially since its inception. What began as a humble 300-store experiment in the U.S. has grown to an international event, taking place at thousands of record stores worldwide. Its founders have since set up their own Record Store Day organization, curating the official releases and coordinating with independent stores and record labels to promote RSD and provide record shops with marketing tools throughout the year.

Each RSD has an official ambassador, including big names like Ozzy Ozbourne, Iggy Pop, Jack White, and Josh Homme. This year’s ambassador is Metallica. In addition, participating stores will be selling the limited run official RSD releases, and a host of unofficial releases that are selected by each store.

Aside from supporting the local music scene and locally owned shops (which you should, you jerk), RSD revelers in KC will get to enjoy some of the best in local live music, all for the price of free.

But with so much content to take in and so many possible destinations, how should you spend your precious time and hard-earned dolla bills come April 16th? Not to fear: Flatland has you covered. We’ve pored over the local schedule to bring you the following list of recommended stops:

Brothers is the new kid on the block in the record store scene in KC, but is hitting the ground running on its first RSD, offering food by the Flossie Mae food truck and local beers. Music starts at 3 p.m. and includes a record release show for Coal Hunter.

Band to Check Out: LosCauz

Josey’s lineup boasts a number of KC music favorites. It will also have DJs, food, drinks, and a special “Josey KC” release featuring a number of the KC bands playing in store on that day.

Bands to Check Out: Shy Boys, The Greeting Committee, Hearts of Darkness

Mills is going huge with more than 20 bands that will be showcased in its new, larger space around the corner from its current storefront. In the original location, Mills will be focusing on its usually excellent vinyl offerings, ticket giveaways, and in-store specials. Mills will also have coffee from Oddly Correct and donuts from Hana’s Donuts.

Bands to Check Out: Scruffy and the Janitors, Dreamgirl, Yes You Are

Merritt has a solid lineup with some garage, lo-fi, and psychedelic bands, and will be selling an exclusive cassette of Sweatpantsdaze’s new EP, “Hot Surgery Garbage”.

Revolution will have a four-band bill, starting at 6 p.m., and will be selling RSD exclusives all day long.

Bands to Check Out: I Heard a Lion, Instant Karma, Noah Davis

Vinyl Renaissance has a small lineup that packs a hefty punch in the name of the Mavericks, a Miami based multi-platinum group that borrows from a number of styles, including country, latin rock, and rockabilly. VR has free drawings and discounts on all new and used records.

Band to Check Out: The Mavericks

— Know of any other great Record Store Day events or releases? Share them with us by commenting below, emailing pdancalderon@gmail.com, or tweeting us @dansascity.