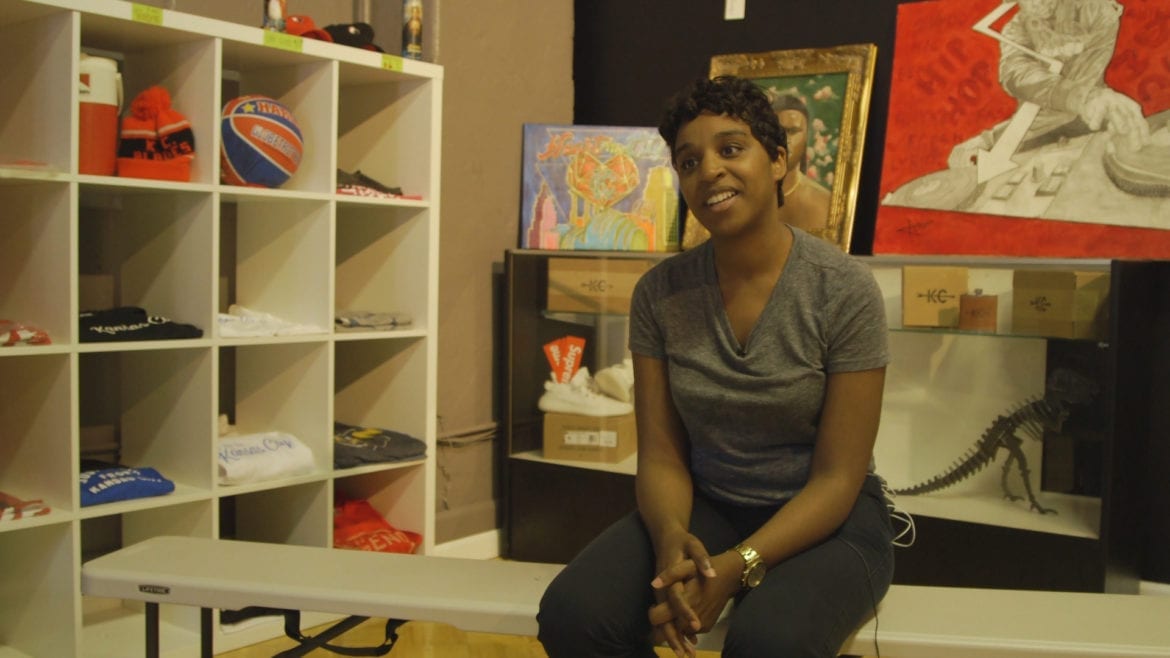 Local rapper Storm will emcee Friday's tribute to Tupac Shakur along with emcee Reach. The two talk about what inspired them to bring together Kansas Citians to remember the hip-hop artist. (Video: Mason Kilpatrick | Flatland)
Share this story

This Friday, June 16, would have been the 46th birthday for one of hip-hop’s biggest and brightest stars, Tupac Shakur. The emcee – best known for his infectious smile, his towering bravado, and his thought-provoking lyrics – died in 1996 during a drive-by shooting in Las Vegas.

Shakur’s death at the young age of 25 was a tragic loss of a still blossoming talent, and tossed a powder keg onto the already-overblown media frenzy about the dangers of gangsta rap and the alleged beef between East and West coast hip-hop. Nevertheless, Tupac was deeply mourned, and left a hole in the hip-hop world that few have come close to filling.

And while many of his loyal fans and hip-hop enthusiasts may spend Friday evening at area movie theaters, catching the premiere of the Tupac biopic, “All Eyez on Me,”  a group of Kansas City artists will celebrate Shakur’s life by going a different route – throwing a raucous tribute party at The Brick.

The project is the brainchild of emcee Storm, a local rapper who came up with the idea while listening to Shakur’s music last summer. At the time, Storm thought Shakur’s body of work deserved a tribute show, but she was reluctant to undertake the endeavor until she reached out to fellow local emcee Reach.

“I’m a huge fan of Tupac. I love him,” Storm said. “I had been driving around listening to his albums for a whole week and the idea hit me, and it just kept coming back to me each day after that. And I thought to myself, the only way I’ll do this show is if Reach says he’ll do it.”

“Tupac is an artist that Storm and I both love,” Reach said. “We thought it would be a really good time to partner with the momentum of this weekend and celebrate the life of Tupac at a very special time.”

The set list for the evening will run through a spectrum of Shakur’s hits – from mainstream radio bangers like “California Love” to social commentaries like “Keep Ya Head Up” – that will properly pay homage to the breadth of Shakur’s lyrical subject matter.

The emcees agree that his work was unlike anything else out there during its time.

Storm appreciates that while much of Shakur’s music was about the lifestyle, he could be sincere about certain topics and present them in a way that didn’t detract from his image.

“He was probably one of the first hip-hop artists to praise women,” Storm said. “Even though it sounds crazy because he has songs like “I Get Around,” he also had songs like “Dear Mama.” He had this love for being able to talk about different subjects. And it wasn’t corny. The way he did it made it dope.”

For Reach, Shakur’s music does the tightrope act of appealing to a wide audience but also raising social awareness.

“Pac was one of the first artists that, with his music, was able to really transcend the genre to be bigger than hip-hop itself,” Reach said. “It had a street edge to it, much the way N.W.A. did, but I think he was able to talk about issues of race and social justice in a way that wasn’t particularly focused on a black experience.”

To that end, the agenda for the tribute show will also include a discussion about the social impact of Shakur’s music, led by Dr. Tony Bolden, professor of African and African American studies at the University of Kansas. Bolden will will kick off the evening with some words about Tupac’s contribution to black music and culture.

“What I think is really important, in terms of the social consciousness, is the fact that [Shakur] was serious about community building,” Bolden said. “You hear a lot about the idea of leaving the communities to seek better opportunities, but Tupac urged people to instead invest in those communities to make sure that they don’t deteriorate. That was really unique at the time and was probably a holdover from what he learned from his mother and his activist upbringing.”

While Reach and Storm admit that the tribute could stir up a wide range of emotions in some, they hope people will come to the event with high spirits.

“The experience that we want to provide to the people is a celebration. This is a birthday party and we want people to have a good time,” Storm said. “We are not Tupac, and we’re not trying to be Tupac. But if you like to ride around in your car listening to his music, why not come to the performance and celebrate with everyone else that loves his music?”