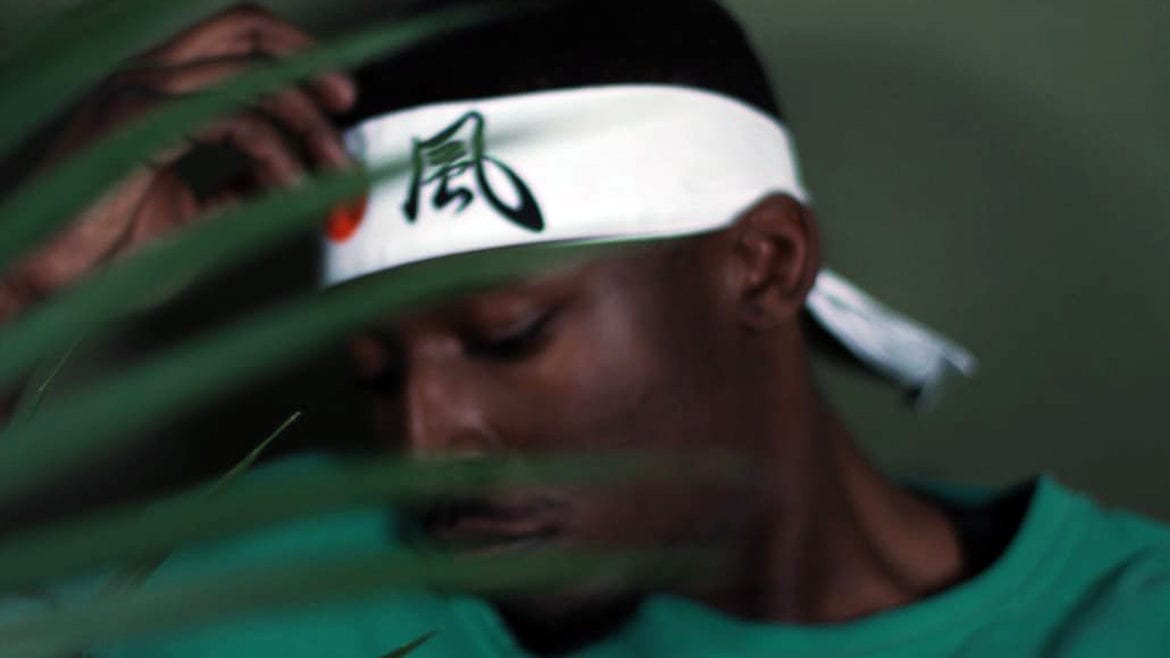 Rapper Aaron Alexander will perform at this month's SoundMachine showcase at the recordBar tomorrow night. (Contributed)
Share this story

Tomorrow, recordBar will host the 19th entry in the successful SoundMachine series – a collection of concerts curated by local indie outfit The Record Machine. The series, which celebrated its first anniversary in October, has become a must-attend monthly event to area music fans looking for a dose of local music with their nationally touring indie acts.

For the Record Machine crew — already busy enough managing a record label that houses some fantastic regional acts and curating one of KC’s more successful festivals (Middle of the Map) — the idea of taking on a monthly event with the scale of SoundMachine may have seemed daunting at first. But label co-founder Nathan Reusch said the venture fit well with his plans to grow individually and as a label.

“It was birthed out of an ongoing relationship with the recordBar and the desire to be doing something more, and more often,” Reusch said. “When we started the festival, I wasn’t trying to get into doing show promotion and marketing. But now, I see that as more of a natural evolution of the what we’re looking to do.” 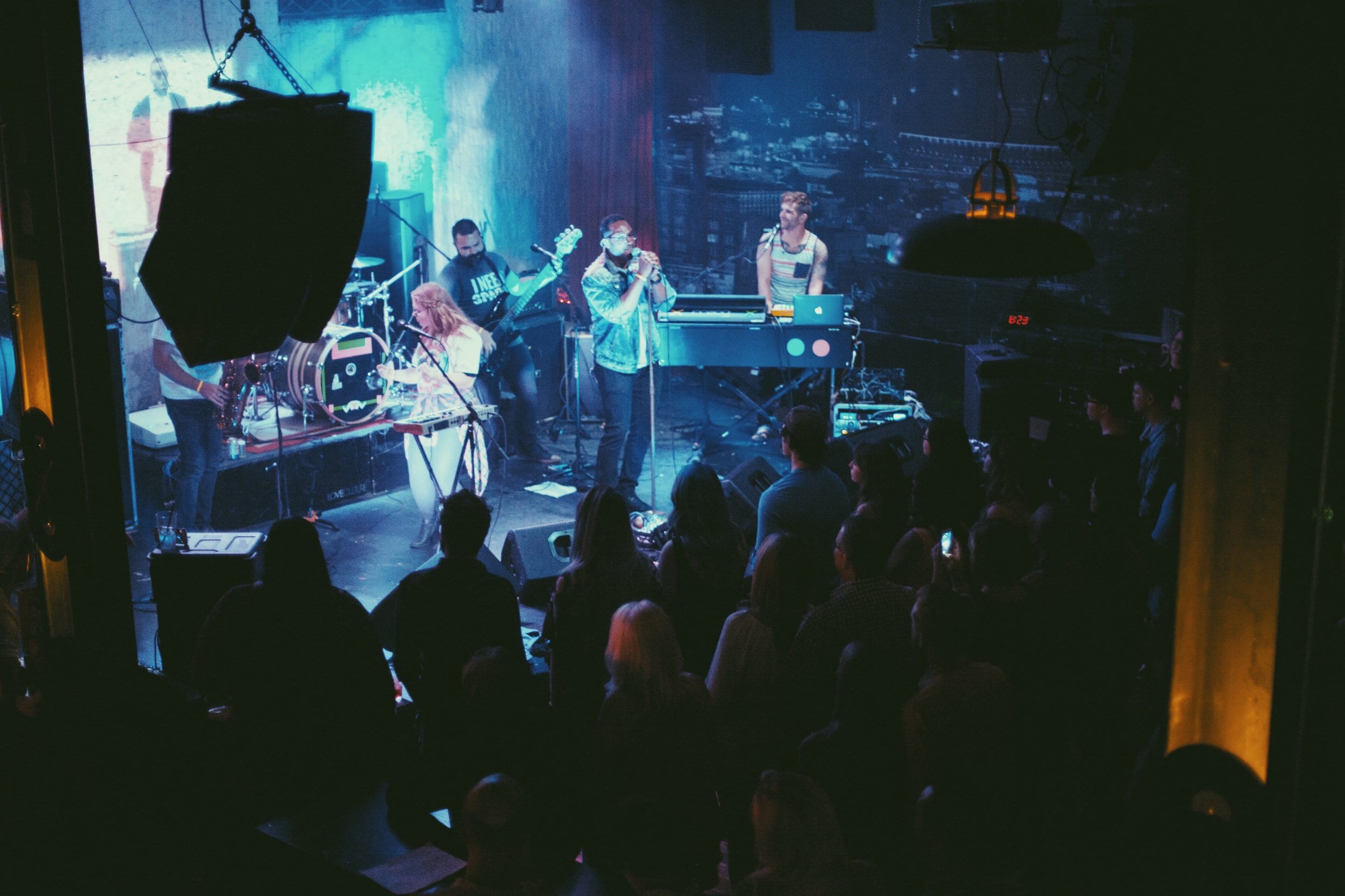 The mission of the series has been rooted in a delicate balancing act between delivery, discovery, and exposure. Reusch said a lot of local bands tend to get in the habit of playing the same types of shows over and over again. SoundMachine gives some of those bands an opportunity to play with a more diverse set of acts in a way that has been meticulously designed to expose bands to new audiences and vice versa. In addition, it gives local bands a chance to play on the same bill with some nationally touring acts.

In many ways, the series has become a monthly version the label’s yearly festival.

“We try to be really diverse with it and not just bring in the same stylistic stuff as we’ve done every time. So in the same way that Middle of the Map has a pretty wide audience, we’ve tried to do that with the series so it can be a reflection of different things going on in the city rather than just a microcosm of a specific scene.”

And the diversity of acts has been evident in the series’ lineups – which have included a wide range of genres across the indie music spectrum. Reusch said the aim is to find acts that are “cool, interesting, weird things that people don’t know about,” and believes that forecasting the next big acts is an important element for the series.

Aaron Alexander, one of tomorrow’s hip-hop acts, is a perfect example.

Alexander, 22, made moderate local waves in 2015 when he released “Radiant Child,” a sample-heavy mixtape that has a lot in common with the jazz-influenced boom bap styles of hip-hop prevalent during the ’90s. Though the project received coverage from a few national hip hop blogs, the M.C. has remained relatively quiet since it was released. And rather than push out a slew of accessible followup singles, Alexander spent those two years working on his follow up full-length, “Memento Mori,” which was released last month.

And his focus has paid off. Alexander’s new record is a cerebral hip-hop triumph that certainly ranks amongst the best local releases this year, across all genres.

The title of the album is a latin phrase meaning “remember that you have to die,” which Alexander lifted from “Death Parade,” a Japanese anime series he discovered during high school at Sumner Academy of Arts and Science in KCK. And death is certainly a central theme across the album’s 13 tracks, as Alexander explores some of his struggles with the concept as a teenager.

“I tapped into what I was feeling during that time. I lost one of my best friends, then I lost my grandma, who was like a mother to me,” Alexander said. “But I never really worked through it because I’m not a big talker. So I went back to what I was feeling then and wrote about what I would have talked about if I had been asked.”

The album is undoubtedly dark, and the overarching dramatic quality in the music was meticulously cultivated by Alexander and his high school friend and producer, BWill. The theatrical arc makes sense, as Alexander’s dalliances in filmmaking drive much of his work in music.

“With rap, I really want to blur the lines between music and film. I think a lot of hip hop artists are afraid to go outside of that box of having a director with a camera, and a bunch of drugs, and guns, and money in the studio,” Alexander said. “That’s not interesting to me. I want to make everything more cinematic and it starts with the music. So I definitely go into everything with cinematics in mind because I want to make music that’s able to be transposed on the big screen eventually.”

The young rapper’s vision is unmistakable, but his notoriety in KC is sadly nowhere near what his talent and his body of work warrant.

And that may be the greatest example of why Reusch’s vision for SoundMachine and MOTM is so important for KC’s music scene. In many ways social media has created something of a heyday for artists to promote themselves and engage with fans. But the platforms are useless without an audience. And the kind of targeted exposure Reusch’s series provides is crucial for artists like Alexander.

The series’ success has the obvious and easy effect of providing a temporary platform for local talent. But when the circumstances are right — which they may be tomorrow night — it could also have the power to permanently launch a career.

Your Guide to Living Without Football